Once in a great while it falls to a critic not merely to describe an inexplicable incongruity, but to demand its wholehearted support. So let’s make a deal. If I can not only explain the significance of what Dave Cobb (Sturgill Simpson, Jason Isbell, Amanda Shires, Chris Stapleton) has accomplished in his production of 17th Avenue Revival, the latest release from those sturdy purveyors of down-home American gospel the Oak Ridge Boys, but provide a beautiful reason for buying it, then you have to follow my lead and buy it. And do with it what I do. Deal? Deal.

It comes as no surprise then that Dave Cobb, who initiated the project, is not attempting to bridge the generational gap by fast-forwarding the Oaks into the musical now. Even though he has deftly paired contemporary retro rockabilly stylings and gospel instrumentation with the harmonies and musical sentiments that are unmistakably the Oak Ridge Boys, Cobb is not playing Rick Rubin to the Oaks’ Johnny Cash, per se.

Not a rebranding or even a revisitation, Cobb has gone for and succeeded at something different — a revival of the essential spirit and raw talent of four veterans who have been around since Elvis cut his gospel recordings in the same studio where this album was recorded, RCA Studio A. In fact, it was from Duane Allen’s catalogue of black gospel recordings that Elvis gleaned those cuts. The result is that a younger generation now has an authentic presentation of the golden quartet style of such greats as the Blackwood Brothers, the Statesmen, and the Stamps.

Musically, this is important. But perhaps even more significant is the message. This is an album about death. Not high lonesome Appalachian death — the message of 17th Avenue Revival is one of joy — there is death, but we are not disarmed by it. From the opening track, “Brand New Star,” to the closer, “Let It Shine On Me,” a musical energy is aimed directly at that generation, who in increasing numbers with each passing day, come to know the grief and loss of their husband or wife of 50-plus years, or friends of the same — all while coming to grips with their own mortality.

So of course the album is draped in down-home American sentiment and loaded for gospel bear. This is their music.  “David had a vision for us to go back to when we were kids, to what turned us on,” William Lee Golden says via phone from Nashville. “He wanted us to get into the time, the music, the feel of that moment when gospel evolved into rock and roll.”

“We went back to Elvis, Ray Charles, and Jerry Lee,” says Duane Allen, “and what did they all have in common? They grew up in church. When David told us his vision, he wanted to cut it like we just walked by the studio and said, ‘Let’s sing one.’ We lived through that [era of recording] and David said to us, ‘There’s nobody left who can do it and be honest.’” Cobb is right. The Blind Boys of Alabama are black gospel. The Oak Ridge Boys are where it jumped.

“Like the old days in the tent revivals,” Golden says, “there’s a spirit there at work and [making this album] actually did that in a way I didn’t expect it to.”

As the title 17th Avenue Revival suggests, this album does the heavy lifting of bringing light and encouragement to those who need it. And many do. By bridging the musical gap in this way, Thirty Tigers gets to promote a meaningful project and Lightning Rod Records serves a perennially overlooked fan base. For once, everybody wins. That’s rare in Music City.

So there, I have made good on my end. You now have the perfect reason to put down that god-forsaken phone, buy the album, and point your car home to Mimi’s or Papa’s and show up unannounced with a gift. It’s what I plan on doing and my grandmother will love it. In fact, it will make her cry. We won’t talk about dying, but we will talk about the young sailor in the black and white photograph with silver screen good looks who has been gone nearly 20 years now. And we will laugh. Do the same and thank me in 50 years. 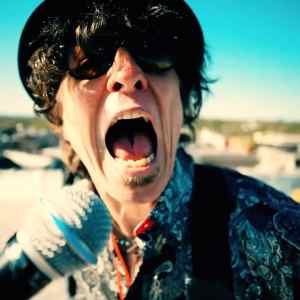 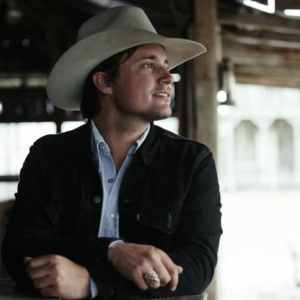