Bearing a stage name like “Old Sea Brigade,” artist Ben Cramer possibly gives onlookers the impression of a creative with an old, or old fashion-minded soul. This is only heightened by added observance of Cramer’s often poetic lyricism. Despite the fact that pairing an old soul with the need for low-key, stationary living over the last year seems ripe for producing music of a similarly calm mood, the last thing the Atlanta-to-Nashville songwriter wants to do with new single “Day By Day” is deliver a sense of laid back or limited acceptance.

“As far as the energy of [‘Day By Day’] goes, I definitely—I’m a huge Bruce Springsteen fan—I wanted to try to create something that spoke of that sort of inner turmoil the same way [Springsteen] gets it across in songs,” Cramer explains.

“And I’m trying to do it my own way, of course, but I want [‘Day By Day’] to be different from the stuff that I have that I’ve put out in the past too,” he continues. “I wanted it to be more energetic, I wanted it to be chaotic. I don’t want to just be labeled as acoustic indie-folk guy for my whole career. So, I think all these different [musical and artistic] elements sort of crept its way into the song.”

A song immediately launched with the decisive momentum of a prominent cyclical bass line and the bright snap of a snare beat. No one could argue against Old Sea Brigade having moved well outside the borders of the ubiquitous acoustic singer-songwriter classification. Where things get interesting however, is in consideration of the fact that Cramer sees this track, from his newly announced LP Motivational Speaking, as one of the most “chaotic” pieces he’s written as Old Sea Brigade.

The song’s instrumental variety speaks to a sense of interpretative range, but “Day By Day’s” rather compositionally balanced melody and phrasing leaves it feeling as though it refrains from being a total display of objectively. disorderly songwriting. Nevertheless, the track’s steady crescendo of both dynamic level and emotional urgency ultimately manage to still reflect a manifestation of nervous uncertainty—just not one that spills out all over the place in a conventional manner.

“I’m not [trying to show that] I’m abandoning that acoustic singer-songwriter [songwriting structure] but I want to keep people excited and on their toes and I don’t want to ever put out something that people feel is expected, based off my old work.” Cramer clarifies.

All the same, even when viewed through the lens of individual relativity when it comes to Cramer’s personal history with musical variety—which to the surprise of some long time listeners, included “playing in rock bands and punk bands and hardcore bands”—Old Sea Brigade’s intent to highlight the ebbs and flows of change in life not only maintains its relevance, but the music excels at doing so with a subtle elegance. The song’s familiar three minute run time keeps the less than cheerful subject matter comfortably digestible in a mainstream way. However, it doesn’t sit content imparting this topic via just lyrics or just tempo, or just timbre. The song works best as a cohesive unit, which is actually much the same way the song came together in the first place, as Cramer turned to good friends and fellow musicians for perspective as he wrote.

“I think ‘Day By Day’ was one of those [songs] where I was just kind of sitting around and waiting, [wondering], ‘What’s gonna come next?’ and that’s when it’s great to have collaborators that can kind of spark a new idea or reinterpret something, in a way [that] you were maybe stuck on.”

It’s perhaps even more so to Cramer’s advantage that Brill and Mullen were there to lend their ears and a thinking set of writing hands. Such a collaborative effort in the nuanced composing of “Day by Day” helps to further solidify the idea that the song is built on Cramer’s openness toward transformation with his music—an undeniable feature of this single.

“We got together and I just needed help lyrically tying all these thoughts together with the song,” Cramer explains.

“And I think it was Steven that actually brought up the idea of of lifting up the chorus even more [than it already was]. I’m a huge fan of when you hear the chorus [of a song], you’re like, ‘Oh, wow, this is a big chorus. This must be kind of the climax of the song!’ and then [the chorus] lifts up even more. And that was kind of Stephen’s idea. And [Henry] helped me polish up some lyrics on the record [too]. It was definitely helpful to get together with Henry and Steven and have them sort of shine some new perspective on the song.”

The track builds on its narrative, dynamics, and instrumentation with a stepping stone-like gradualness from one section of the song to the next. Flipping from the clean and clear bass line at the beginning, to the rapidly tapping hustle of the snare nestled within Old Sea Brigade’s full potpourri of backing arrangement and layered vocals, strongly illuminates the full canyon of contrast. Listening in any other fashion—jumping to the chorus or perhaps plucking piecemeal for a social media soundbite— lessens the ability to feel the full impact of the growing mental discomfort and inevitability around change that Old Sea Brigade deems important. Though, this desire doesn’t preempt acknowledgement of his fundamental fortune at play.

“I’m living this kind of awesome life where I get to work on music and that itself, is such a huge privilege. So, why not try to put out the music that like? It sounds cheesy, but you write from your heart and what you feel. I think art and music and film and all that, it just, it has to outlive—It has to overcome social—there has to be some element that overcomes the Tik Tok, Instagram, social media craze. Maybe it sounds a bit old school or maybe I’m just getting old now, but I just want to believe in putting out art that takes time and music that takes time to digest and let people grow with the songs,” says Cramer.

“I still want to believe there’s a space for records in 2021,” Cramer continues. “One of my favorite parts of music is discovering a record and not quite getting it the first time and then listening to it a couple times through and really taking time to sort of digest it and figure out my own meaning.”

Past all the single characteristics of “Day By Day,” what’s perhaps most enjoyable about the song, despite Old Sea Brigade being on somewhat of a defined mission to stylistically pivot with the track, the multi-faceted fruits of Ben Cramer’s labor to change his sound, show empathy for others who might share his feelings, and provide himself a personal outlet for his individual introspection, is that it doesn’t insist on being bigger than it is. “Day By Day” isn’t trying to share its message with the insistence of a neon sign or trying to become a quintessential song in that fashion. The result to that end is Old Sea Brigade’s mission remains still very well accomplished, just in a more humble and natural way.

“I’m not trying to write music to cater to anyone. I mean, I’m very grateful and privileged and lucky to have people that listen to my music and come to my shows and all that, bit I thinkI just personally have to put out songs that are going to excite me,” Cramer says.

“It doesn’t happen with every song you write,” he adds, “but sometimes when you’re lucky, you get this bolt of energy from one small idea—that’s just the spark you needed to finish that production or finish that song. Or maybe it’s after you wrote the song and you [listen] back and [think], ‘Oh my gosh this is actually really good.’ I’m trying to chase that feeling with everything I do. You’re not going to always get it, but on this record, I think the record kind of sounds like how I was trying to chase that spark of excitement.” 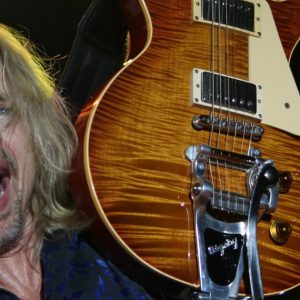 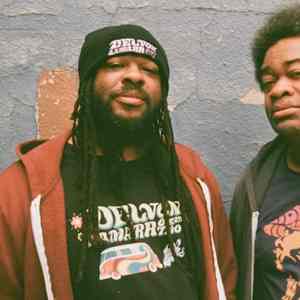