Oliver Wood didn’t know he was making a solo album until he had eight or nine songs piled up in front of him, and a pandemic that kept him holed up at home for months on end. As the frontman of Grammy-nominated country-soul folk trio, The Wood Brothers, since 2004, he’s made friends across genres and spent much of 2019 collaborating with old friends, while also making new ones. Their latest album, Kingdom In My Mind was released in January 2020, so when their tour was cut short in March, the artist turned to these tunes as a creative outlet.

“You’d be surprised at the music you write and the chances you take when there’s nothing at stake,” Wood tells American Songwriter over the phone. What started as a distraction or outlet quickly bloomed into his solo debut album, Always Smilin’—an unexpected step for the artist. “Not having a goal in mind, you’re creating to create and collaborating to collaborate. If you’re not thinking ahead, you’re being creative for the sake of it, not for a project. Once you call it an album, the vibe changes, it’s not as child-like, because of deadlines, and the potential of people listening.” He laughs and adds, “It becomes more grown up, I suppose.”

The Nashville-based artist invited guests like Susan Tedeschi (Tedeschi Trucks Band), John Medeski (Medeski Martin & Wood), Phil Cook (Hiss Golden Messenger), Phil Madeira, and Tyler Greenwell (Tedeschi Trucks Band) over to co-write or jam while they were passing through Music City. One of these friends that came to visit was an old one. Dating back to Wood’s Atlanta days, Chris Long was a fellow band member of their group King Johnson and served as a mentor to the emerging artist.

“Chris has been around since the ’90s,” says Wood. “He was the one who really encouraged me to sing and start writing songs. That was all new to me, and he was an established singer-songwriter. I owe him a great deal of credit for giving me that push to move past just instrumentals.”

His new song—and final single before the release of Always Smilin’ on May 21st—”Face of Reason” is one of two collaborations with Long on the 11-track album.

Wood feels it fits in the mix “even though it’s a quirky mismatch of Latin garage rock.” He continues, “It’s different from others on the album, but lyrically I love where it’s coming from. Chris brought the concept of ‘Face of Reason’ from Indiana as a seed of a song. It was his brainchild that we then filled out together. My contribution to the verses made me feel invested.”

The final product, a soulfully meditative tune, was a result of long-distance collaboration between Wood and some other former bandmates, Greenwell (drums) and Ted Pecchio (bass). Wood recalls, “I sent a demo to Tyler in Atlanta and he put down a killer drum track and all the cool latin percussion.”

He feels “Face of Reason is distantly related to his previous release, “Fine Line”— written and produced with the same line-up, but that one was among several improv recordings. Wood clarifies, “That meant we were playing a groove, and reacting in real time—the only difference between this and a jam is we were recording it at album quality.

“When you’re trying to write a song, you’re using your logical mind versus the creative part and that confines us,” he says. “Recording these jam sessions with friends, I thought, ‘we are never gonna play that freely or with reckless abandon when you’re intentionally trying to make a song. Plenty of these songs are magical moments that couldn’t happen again if we tried.”

Partially penned and recorded throughout the pandemic, some of these songs seem to reflect a shared sentiment of troubling times. Beyond flipping through his past songbook to piece together this solo collection, Wood also found peace through meditation.

“Something I learned from mindfulness is you can’t stop things beyond control, but you can learn to adapt, and can have an open mind. Just with the flow—some of these songs are addressing that on a subconscious level .”

The lyric line in “Face of Reason” speaks directly to that sentiment: The fact you’re still breathing / Flies in face of reason.

Listen to the premiere of “Face of Reason” before release on May 7 below. Pre-save Oliver Wood’s solo debut LP, Always Smilin’, here. 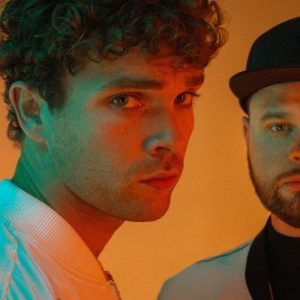 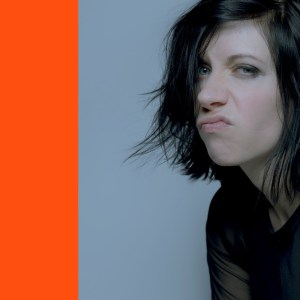