Premiering today (Oct. 19) with American Songwriter, the poignant track sees the acclaimed outfit peeling back more personal layers than they have in their previous work. The announcement follows the release of their fifth EP, Bad Dream Baby, in August and their latest LP, Bambi, in 2018.

Similar to the inception of Landmark, “Boys” was bred from a group jam, all of them sitting around in one room for the purpose of creation. “The first recorded version had a wordless chorus where I was basically singing gibberish, but it felt really awesome,” Luppen tells American Songwriter. “A few days later Nathan and I sat down together and spent hours trying to find words that felt as good as the nonsense.”

It was one of the first songs they wrote for LP3, but the finishing production touches took the entirety of the process—marking “Boys” as the final addition to the 10-track project.

“We just couldn’t nail it down, production-wise,” Sutton adds. “We all loved it and didn’t want to give up on it. It’s one of the more personal, direct songs on the record, telling Jake’s story of coming to grips with his queerness and finally talking about it in a song.”

“Boys” serves as a fitting introductory single, Sutton says, because the theme of the album is just that—personal and direct. Their previous writing was comprised of prolific prose. But here, the band exhibits a developed maturity that allowed them to lend their lyricism to real-life experience.

“I spent a lot more time writing by myself for this record,” says Luppen. “I’d bring in more fleshed out demos and then rework them with Caleb [Hinz] and the guys. The new process allowed me to be vulnerable in what I was saying. I was taking a decent amount of mushrooms as well.”

This song illustrates Luppen “bottoming out” amidst a meandering path to self-discovery. Lyric lines like kissing boys, missing work, got hungover from your words / same new york, it’s the worst, all these nights are a blur paint a poignant picture of a person caught in the crossfire of their own self-destruction.

“It seems like that perspective shift sort of coincides with getting older,” says Sutton. “Where you know it doesn’t have to be this like esoteric experience. We go through these things in our lives and maybe growing up we didn’t think it was all that interesting. And I think we’ve realized that it’s not about how interesting it is; it’s about how you deal with it. Songwriting is just catharsis, so I think dealing with what you have to deal with is the right way to do it.”

Hippo Campus did not set specific goals coming into their third studio album. But coming off the heels of Bambi in 2018, which they said did not feel as much of a “group effort.” They hoped to become one again in the creative process.  “I remember our number one priority was just to write good songs and learn how to be a band again,” says Luppen.

Their camaraderie is evident in their ability to excavate and translate each other’s deeply personal experiences in a way that resonates for each listener. Before these albums or any critical acclaim, Hippo Campus was a group of friends with undeniable simpatico and creative synergy. LP3 is an intentional effort to keep that component central to their music careers.

“We’re not trying to throw trap hats on our music or cash in on some genre shit,” Luppen concludes. “After six years of doing this, I feel like we’ve had our desire to play the game beaten out of us. At this point, we’re just trying to make music that we fuck with and not think about anything else.” 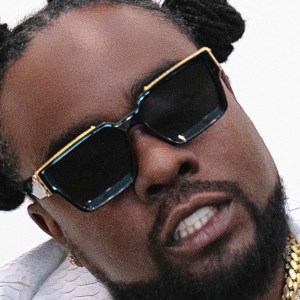