It’s been nearly 20 years since the Australian songwriter Dan Whitford began recording demos in his home studio. Since then, Whitford’s vision has grown into a formidable creative expression with six studio albums, a variety of tours and millions of streams all under its belt. That vision? The synth-pop band Cut Copy.

Now fast-forward to 2020 — Cut Copy is not only still making music, but is actually making some of the best music they’ve ever made. On August 21, the band put out a new studio album, Freeze, Melt, via Cutters Records and The Orchard.

Introspective yet deeply catchy, Freeze, Melt encapsulates the peak of what dance music can be in today’s age. Marrying driving rhythms with an eclectic collection of synth sounds which genuinely deserve the label “vibey,” the record captures a wide array of moods, sometimes concurrently. From the glistening, glittery sounds of “Love Is All We Share” to the percussive and energetic sounds of “Like Breaking Glass,” the tracks on Freeze, Melt capture your heart and your mind simultaneously, all while keeping your toe tapping. While Cut Copy isn’t the first band to perfect this formula, perhaps they are the most effective band doing this in 2020.

Last week, American Songwriter caught up with Whitford himself to discuss this record and how it came to be. Opening up about his workflow, his influence and his own perception of Cut Copy, Whitford paints the portrait of a band committed to keeping things fresh and forward-facing… a commitment that they have resoundingly succeeded at fulfilling.

You’ve described this album as a “slow evolution” — what did the workflow for this record look like?

Like most of our records, it started with me mucking in the studio with electronics, generating sketches and ideas, then handing them on to the other guys and going from there. We all live in different places these days so it’s a bit harder to casually collaborate on things. But we try to replicate that in sharing files around. Usually, we’ll build on an idea remotely up until a point, but inevitably we need to be in the same place at some point to actually complete the music. Maybe we’re a bit old school in that respect, but it doesn’t quite feel ‘done’ until we’ve been in the studio together to sign off on it.

A lot of work for this record happened in Denmark in the midst of a sub-zero winter — how did that environment influence Freeze, Melt?

Well for me, strangely enough, the idea of sub-zero winters actually felt pretty exotic. Having grown up in pretty temperate climates in Australia, snow is the sort of thing you see in American cartoons rather than really encountering in real life. It felt like something genuinely different, a bit like being in a movie or something. So in some respects, the music I started making was a bit like a soundtrack to that movie I was living in; cold, atmospheric, and wintry.

You were quoted as saying that “In the past when we were in the studio we were striving to move people on the dance floor, but in this case, it was all about trying to move people in more of an emotional way” — what was behind this shift? What was different this time around?

I think on this album there was a sense of letting go of the things that people might generally expect us to do. For any artist, there’s a tendency to keep revisiting ideas because that’s what other people have liked in the past. I think at times we’ve almost felt like we had to make dance music because that’s just what we’ve always done. But I think there was an epiphany at some point making these songs where they were heading in a different direction — rather than putting a big dance beat on it, we thought ‘why don’t we just keep following in this new direction and see where it goes?’ I think as soon as we’d made that realization the whole process freed up and we were able to just experiment with the idea in a more open-ended way. The other freeing part of the process was that we went into the studio without a completely fleshed-out album. Half the songs were written, but then half were just little 30-second-long ideas that were very much open to interpretation. This made the studio time challenging because we really had work to do but it was also rewarding; diving in the deep end, not knowing where you’re going to end up.

Freeze, Melt almost acts as a follow-up to y’all’s 2016 EP, January Tape, which also explored a more introspective feeling — what was the influence of that EP on this record?

Well, January Tape was a bit like a summer vacation in the middle of making our last album, Haiku From Zero. We’d burned-out a little bit working on songs for that record and just needed a break. So, Tim and I went off for a couple of weeks with the purpose of making something completely opposite to Haiku, almost as a bit of therapy or a “music reset” for our brains. Most of what we made was instrumental, ambient or slowly-evolving music. There was quite a freedom that emerged from working quickly and without our usual set of instruments. When it was released, we were actually blown away by how many people loved it. I think in some ways that paved the way for Freeze, Melt, because we’d stepped outside of our usual way of making an album and it seemed to have worked.

Cut Copy is coming close to being 20 years old — how does that feel? How do you approach staying fresh, having been putting out music for nearly two decades?

It’s probably a cliche, but it doesn’t seem like 20 years at all to me. I guess when you’re making music you’re sort of in your own bubble, always working towards the next thing, whether that’s a tour or an album or something else. So you can lose that sense of time passing. Also, I’m not really one to look back too much on things. But yeah, now that you mention it we’ve been doing this a long time!

We’ve never really been chasing trends or success as our main motivation making music, it’s more like a constant exploration of different areas we’re interested in. And hopefully, other people will be interested too. So, hopefully, this instinct to explore has kept things fresh.

Was there any particular gear or technology that informed this process?

In starting to write songs, I used my small modular Eurorack set-up as a bit of a random idea generator. I also became obsessed with a little synth/effect unit called the Organelle. It’s tiny and it looks like a child’s toy, but it’s definitely not. A few songs including “Cold Water” and “Love Is All We Share” basically came about by jamming around on it. The other exciting (weird) bit of gear I used this time was a Rhodes Chroma. It’s a lesser know polysynth from the ’80s which was developed by Arp before they went out of business. It’s one of the most unique and amazing sounding synthesizers… if you can figure out how to program it. Tim Goldsworthy had one when we were making our album In Ghost Colours, and it’s taken me ten years to track down a good one.

Something I love about y’all’s work is your ability to juxtapose things within one track — as in, it can be dancey and thematically potent at the same time without sacrificing either element. Is that something you consciously think about when writing?

Yeah, I’m definitely conscious of trying to push the envelope throwing unlikely ideas together, whether it’s stylistic or conceptual in our music. I come at music from the perspective of a music fan more so than as a musician. So, often I’m thinking how cool would it be to combine different things that I love about the music I listen to. I remember when I was younger being frustrated that some of my friends were obsessed with a particular genre of music but wouldn’t listen to anything else. I’ve always liked dance music, but also equally guitar-based music and other genres too.

So in making our music, I’ve always wanted it to be something that makes sense in all contexts, not just in the club or just on headphones. For instance, just because you write a dance track with a killer beat, doesn’t mean it can’t have subtle nuances and details to it, or say vocal with an interesting story as well.

How does it feel to finally get this record out there?

It’s been great to get a record out, partly because touring and all the other things we had originally planned have been off the cards. So we’ve at least achieved something this year! It’s been a hard year for everyone though, so having initially thought that we might delay the release, we eventually decided people would probably appreciate something new to listen to and enjoy. Also — strangely enough — the mellow, introspective nature of the album has really suited the times. Even though we recorded it a year ago. It’s been good to see people’s responses online. Though it has definitely been a bit surreal putting something out and not getting to see fans face to face. I think I’ve begun to realize that so much about how I perceive the response to an album is direct via crowds and shows and festivals. So in the absence of touring, you end up pinching yourself a little bit, wondering if it’s really out or if you just made it up.

In any case, we’re hoping to do some shows next year whenever that’s safe. It still feels like a way off, but I’m sure it will be amazing the first time people can finally be back in a crowd at a gig or populate a dance floor again. I guess if nothing else, this year has helped us appreciate the little things.

Watch the visual album of Cut Copy’s Freeze, Melt below: 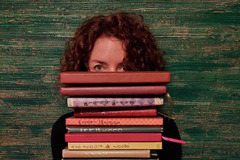 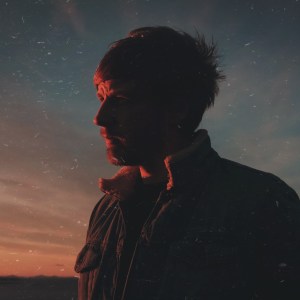