At the time, Chel was trying things on—she dabbled in sports, she took a stab at gymnastics, she went to whatever class or lesson her parents signed her up for… but out of all of them, singing was the only one that stuck. Why? Because she loved it so much.

“Singing was the only one that I truly loved and continued to do,” she explained. “Whatever I could do that was singing related, I tried to do it.”

So now, years later, Chel’s mother must feel pretty good about her decision to enroll her daughter in singing lessons. With 1.1 million followers on Facebook, over one hundred thousand followers on Instagram and millions of streams racking up on her songs, Chel has made a name for herself as a bold songwriter who crafts tunes with infectious melodies and palpable moods. On May 7, she released her newest single, “View From Down There,” a powerful and playful song that looks at the journey Chel’s gone on over the past few years.

“When I wrote this song, I was thinking about the fact that I had come a long way,” she said. “I’ve been working at this for almost nine years now. I’ve made a lot of things happen for myself without a major label, without a manager, without an agent. I have a very small team of people who I trust and have been working with for the past few years, but it’s been completely independent. So, it’s been a struggle.”

To describe it as a “struggle” is actually a pretty reserved way to look at just how difficult coming up in the music industry can be. Growing up in Springfield, Illinois, Chel didn’t have much access to opportunity and was the subject of cruel bullying.

“In Springfield, there just weren’t many options for songwriters,” she said. “It was a struggle to get people to take me seriously. It was a struggle finding people who could capture my sound. It’s been a struggle with branding, even. As a plus-sized woman, there still aren’t many people in the industry thriving. So, it’s all been a process to get here.”

Despite all of those roadblocks on the way, “here” turns out to be a pretty good place to be for Chel, especially after dreaming about this moment for years. Last October, she put out her most popular tune to date, “Nasty Woman,” which quickly brought in over a million views on YouTube alone. Now, Chel is starting to get to enjoy the fruits of her labor… which led to her writing this new single, “View From Down There.”

“I’ve been able to make some amazing things happen just out of sheer will power,” she said. “But it would’ve been nice if, along the way, I had some support from people I went to school with or people who knew me and knew what I was doing and couldn’t be bothered to give a ‘Like’ or a repost or a listen on Spotify. Now, some of these people reach out to me and say ‘I believed in you all along and I knew you were going to make it.’ I was feeling frustrated… it’s like, ‘I’ve been here. Why support me now?’ So, I wrote this song and I just loved it. It was the combination of the production and the melodies and the lyrics and what was being said—it all fit and it just felt good. You know when it feels like it just works? It’s exciting.”

And while even Chel herself admits that the song is “a bit petty,” she does so with a sly laugh, almost demonstrating how silly and archaic her detractors have been. Ultimately, “View From Down There” is deeply personal for Chel, but touches on a wider theme of empowerment, of embracing your true self without compromise.

“Who I am on paper is who I am in real life,” she said. “I spent so much of my life being someone who I thought everyone wanted me to be. I wanted people to like me, so I was trying hard to fit into this box. One day, I broke. I couldn’t do it anymore. I decided that I was going to be unapologetically myself and I wanted my music to be honest. I want to sing songs that resonate in my soul. That’s what resonates when you listen to a song—when the person singing the song believes what they’re saying, you feel it deeper.”

And with every song Chel’s released to date, she’s believed in every single word. To that end, she hopes she can be a positive role-model to aspiring young folks everywhere. “I have always believed that if I had a platform, I’d want to use it to spread good, love and light,” she said. “I want to help things change for the better. Artists these days have more visibility than politicians, even. So, I think that if you have a platform, you should speak on things that matter. The day I started getting messages from young people saying that seeing what I’ve been able to do as a plus-sized woman made them feel like they could strive for their dreams too… that changed things for me. Initially, it was just my dream. But when I started getting messages like that, I realized that I had a unique opportunity to do more with what I was doing.”

Considering things from that angle, Chel can’t help but let her idealism show. “I believe in fate,” she said, reflecting on her success. But, even with fate on her side, Chel’s also become well-aware that dreams don’t just come true on their own.

“I also believe that you can have blessings put in front of you can totally miss them if you’re unwilling to: 1. See it; 2. Believe in yourself, and; 3. Be willing to put in the necessary work to make it happen,” she said. “It’s a combination of those things. A lot of times, people pray for things, but they don’t make the adjustments in their lives to accept those blessings when they come. It all goes hand-in-hand. This is probably one of the hardest industries you could choose to go into. It’s all a roller coaster. You can have wild success and then find yourself a year later clawing to get back up. On top of that, there are all sorts of people in the industry looking to take advantage of you.

“So, my advice would be: if this is what you want, you should be passionate about it, but you have to be hungry too,” she continued. “If it’s meant for you, opportunities will present themselves, the question is: will you be ready to accept that opportunity? Will you put in the work to keep that opportunity and make it successful? Will you be able to get back up if you fall down? Will you be able to keep pushing when it feels like there’s nothing there to hold onto?”

And in Chel’s case, the answer to all of those hypotheticals is a strong “Yes.” After almost a full decade of grinding, she’s finally brought her career to a triumphant moment of celebration… but with an excess of talent, a strong intuition for the industry and an unwavering passion pushing her onward, this moment is only another stop on her journey upwards.

Chel’s new single “View From Down There” is out now and available everywhere. Watch its lyric video below: 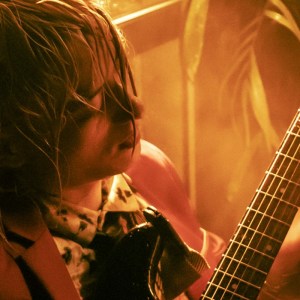 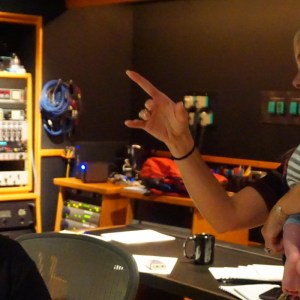