“Like a lot of people, I struggled emotionally in the pandemic and was having a hard time creating,” admits singer-songwriter and producer/DJ Tim Wu. Known onstage as Elephante, he found himself sifting through old demos and came across “High Water,” a track he began years prior. He immediately “saw how relevant it was to how I was currently feeling. It was a story about my experience withdrawing from opioids in my younger years.”

“High Water,” self-written and produced, is prescient, coming to him at a time when he didn’t even know he needed to hear those words. “Songwriting can be like fortune telling to me,” he tells American Songwriter. “I’ll write something but won’t know what it really means until years later, and I knew when I stumbled back on it that it was a sign that I needed to finish it.”

A wave of excess washes over the listener, as well, leaving Wu to drag you below the undertow. In many ways, it speaks directly to “the nature of being an artist. I don’t have regular hours. I get to tour the world (at least I used to) and play shows, and you’re constantly surrounded by the party,” he says. “The first few years of touring, I’d party after every show, and I eventually had a complete meltdown. I felt physically and emotionally broken down. I realized that making music was the part I loved, and to be able to do it for the rest of my life, I needed to make a change.”

Musically, it emerges as a startling contrast to his previous work. Where his 2016 debut, I Am Elephante, goes hard into the club scene, the follow-up, Glass Mansion, appears to bridge the gap between dance-pop and a more stripped version. “High Water” doubles down on the organic/synthetic blend, signaling a great shift to his work.

“I think the hardest thing in any art is finding your own voice—when you stop trying to sound like other people and start sounding like yourself. For me, I grew up on alt-rock, hip-hop, and singer-songwriters. As I got more confident with my abilities, I stopped wanting to make music that other people could do better and wanted to lean into the elements that made me fall in love with making music in the first place.

“Making any song you really love is incredibly difficult. But there’s also a lot of joy in it ─it feels like stumbling through the woods, and you have no idea where you’re heading, but you know it when you find it,” he continues of his musical transformation. “I think early on in my career my energy was focused on the craft of it—like how do I make music that sounds as good as the artists I look up to? But now that I feel more confident in that area, it’s become more about how do I sound different, and that’s an entirely new journey.”

A first generation Asian-American, Wu grew up with a pretty normal childhood in Ann Arbor, Michigan. He played sports, took piano lessons, and focused strictly on his studies. “[The city]  was a pretty diverse place, but there was always an underlying sense of being an outsider as an Asian-American,” he recalls. “It wasn’t outright hostility, but you weren’t black, white, or latino, so a lot of times people didn’t know what to make of you. I think this manifested by me trying not to think about race at all. I loved it, though, except for the winters.”

Wu buckled down hard on his academics and eventually graduated from Harvard University. Later, he landed in the corporate world but found himself incredibly unfulfilled. It was then he decided to make the plunge into music as a full-time career. “I had always loved music and found time to create, despite everything else in my life. Making music had never registered as a thing that I could do for a career, though,” he says. “It just wasn’t in the realm of possibility. But when I really looked inside myself, it was obvious music was my passion, and I was already bending over backward to do it─skipping class, playing shitty open mics, and dragging my friends to them. So when I decided to go for it, it wasn’t a whim; it was a pretty inevitable decision. I was never going to forgive myself if I didn’t give it a shot.”

Looking back, the corporate job taught him one very important lesson. “I learned that ultimately I would be profoundly unhappy with a ‘normal’ life. No matter how hard things got in the music industry (and they got very hard), I knew I couldn’t go back.”

“High Water” samples his forthcoming record, Heavy Glow, a proper primer to the new sound and style. “Thematically, the album is about the darker parts of our lives that can weigh us down, but also define us and finding a light in them,” he says.

“I look at my last EP, Glass Mansion, as sort of the test version of Heavy Glow. I had started to dabble in playing guitar and singing on my tracks, and started to approach some of the subjects that I’m writing about now,” he continues. “But I think in ‘Glass Mansion,’ there was still a hesitation to lean all the way in. I was still sugar-coating some of the lyrics, and I didn’t really have full belief in my sound yet. I was still hedging and inclined towards writing what I thought people wanted to hear. I think I had enough success with the braver elements of Glass Mansion that now I’m all the way in. I’m committed to pulling no punches and telling my story as it is, not watered down.”

Over the last five yars, Wu has certainly gained quite a bit of insight into his storytelling and songwriting approach. Most importantly, he’s learned to put great “trust in the process. Early on, I’d have constant doubt about my writing, and analyze every single word, and compare it to every song from every other writer. Now, I have much more faith in my subconscious, and just letting the song fall out of me, rather than trying to engineer every little nook and cranny.” 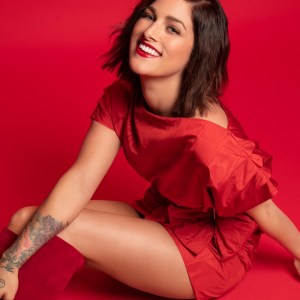 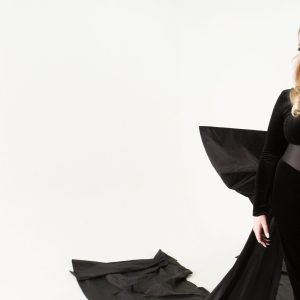