Before Eddie, there were many great electric guitarists, of course. There was Eric Clapton in Cream, and Jimmy Page in Led Zeppelin, both of whom set Eddie on the artistic pathway of musical innovation and expansive grace from which he never diverged. He absorbed their techniques and talents, memorizing and mastering every recorded Clapton and Page solo, effortlessly merging the greatness of both.

And there was Hendrix. Jimi’s vivid virtuosity created a new dimension of elegant, electric pyrotechnics on the instrument always in service of the song. It was unchained and inspirational, leading most guitarists who came in his wake to accept the fact that what he did would never be surpassed or repeated by any others. He was the Michael Jordan of electric guitar, who could literally soar above his peers, and occupied  a realm towards which others aspired, but never attempted to transcend.

That is, until the emergence of Eddie Van Halen, who has been called the Hendrix of his generation. Indeed, he is one of the few electric guitarists who did match the fluid ferocity of Hendrix’s playing, while also adding his own dimension. His playing did not surpass that of Hendrix, necessarily, but with the same keen focused intensity, always in service of the song, added his own sonic dimensions.

Chief among these was his remarkable innovation of tapping, as he called it, attacking the strings not only with the pick in his right hand, but with lightning-fast tapping on the strings with both hands.  It’s one of the very few post-Hendrix innovations on electric guitar to impact rock so profoundly, adding a miraculous intensity to any track. It’s the reason Michael Jackson, who was also reaching musical summits previously unheard, while expanding the sonic landscape of pop and rock, invited Eddie to add his magic to “Beat It.” It was not only the electric virtuosity of the solo itself, it was the perfect complement to the song and track in every way.

In this way, he is the Hendrix of his generation. Not because he imitated or emulated Hendrix. He did not. Page and Clapton were the ones who shaped his musical soul the most. But it’s because, like Hendrix, Eddie was also a great songwriter. Unlike many other great guitarists whose music was created to showcase their amazing guitar playing, Eddie – like Jimi – was a seriously great songwriter, so that his music was always about the song, not the solo. He knew that without a great song that none of his solos would last or matter. So he became a master at writing great, upbeat pop-rock songs, always bolstered by his rich artistry on the instrument, but never dependent on that.

The tapping, he said, was most likely inspired by Jimmy Page. He heard a cool technique, and built on it.

“I think I got the idea of tapping,” he told Guitar World, “watching Jimmy Page do his “Heartbreaker” solo back in 1971. He was doing a pull-off to an open string, and I thought wait a minute, open string … pull off. I can do that, but what if I use my finger as the nut and move it around? I just kind of took it and ran with it.”

Born Edward Lodewijk van Halen in Amsterdam in 1955, he was the son of Jan Van Halen, a Dutch musician who played clarinet, sax and piano. In 1962 they moved to Pasadena, where he and his older brother Alex both started playing music. Guitar was not Eddie’s first instrument though. He played piano first. Although he didn’t learn to read music, he became a fine pianist who would learn Mozart’s music and other classical pieces by sounding them out. Though he thought he was playing these pieces perfectly, in fact he was creating his own interpretations, which both confounded and impressed teachers.

Ultimately, he found piano unsuited to his musical spirit, and turned next to drums. Alex was already playing guitar. But then Eddie picked up a guitar, and never wanted to put it down.

Like Hendrix, who mastered guitar by playing it every second of every day, never putting it down, so did Eddie play non-stop. Whether in his room woodshedding for endless hours, or walking around in the world, his guitar was always part of him.

Though the Hendrix parallels are accurate, Eddie said that Hendrix was not an influence on his playing. Page and Clapton were his heroes.

“I’m really nothing like Jimi Hendrix,” he said in an interview with Spinner. “He used so many effects and stuff that I was the complete opposite. I wanted the guitar to do things, but nobody built the guitar that I wanted. Hendrix didn’t do things like that. He was an amazing player, but if you ever heard any live bootlegs of him, even some of the Woodstock stuff, it’s hard for him to keep that thing even tuned.”

In the fourth grade, he and Alex formed The Broken Combs, his first band, with three friends. In 1972, they created their first serious band, renamed Van Halen in 1974, and began gigging in L.A. at the Whiskey and elsewhere. They were four: Eddie, Alex on drums, Michael Anthony on bass, and David Lee Roth on vocals.

Signed by Warner Bros. in 1977 they released their first self-titled album. It was a success, and one which kept expanding, till the major triumph of their album 1984, which exploded on the strength of their hit single, “Jump,” credited to all four bandmembers. Anchored by a great keyboard riff played by Eddie, it went to number one on the charts.

This coincided with the age of MTV, and Van Halen were perfect for the new medium. Like Tom Petty & The Heartbreakers, Van Halen was the ideal MTV band – great songwriting, musicianship, with the joyful, appealing visuals of these young players delivering real-time rock and roll.

This meant that everyone could not only hear the miracle of his playing, but could see it as well, as see the joyous liberty of his spirit, like that of Hendrix, playing these unbelievable solos and yet making it look somehow natural, and easy.

Though the Hendrix parallels are accurate, Eddie said that Hendrix was not an influence on his playing.

“I’m really nothing like Jimi Hendrix,” he said in an interview with Spinner. “He used so many effects and stuff that I was the complete opposite. I wanted the guitar to do things, but nobody built the guitar that I wanted. Hendrix didn’t do things like that. He was an amazing player, but if you ever heard any live bootlegs of him, even some of the Woodstock stuff, it’s hard for him to keep that thing even tuned.”

In 1978 while in the studio, Eddie was warming up by playing what he called “Guitar Solo” then, which he composed and played often, but since it was an instrumental did not consider it for inclusion on an album. Their producer Ted Templeman heard Eddie playing it, and encouraged him to record it for the album. He taught it to the band, and they quickly did three takes, keeping the final one. This was “Eruption,” which is essential Eddie, and to this day is considered one of the great guitar tracks of all time.

It was during this Van Halen heyday that many iconic musicians started wanting his sound and energy on their tracks, including Michael Jackson, as well as Gene Simmons, Nicolette Larson, Brian May, Roger Waters, Black Sabbath, Steve Lukather and even LL Cool J.

But the most iconic one of all was Michael Jackson. He was in the midst of making Thriller when Quincy Jones, his producer, invited Eddie to play on the record. Nobody knew yet the phenomenon that was being created; Eddie knew Michael from The Jackson Five, but had not heard any solo work. Quincy called him up and asked him to come and play. When he arrived, Michael was not there. Quincy played him “Beat It,” as he recalled to CNN:

EDDIE VAN HALEN: I asked Quincy, “What do you want me to do?” And he goes, “Whatever you want to do.”

I listened to the song, and I immediately go, “Can I change some parts?” I turned to the engineer and I go, “Okay, from the breakdown, chop in this part, go to this piece, pre-chorus, to the chorus, out.” Took him maybe ten minutes to put it together. And I proceeded to improvise two solos over it.

I was just finishing the second solo when Michael walked in. And you know artists are kind of crazy people. We’re all a little bit strange. I didn’t know how he would react to what I was doing. So I warned him before he listened. I said, “Look, I changed the middle section of your song.”

Now in my mind, he’s either going to have his bodyguards kick me out for butchering his song, or he’s going to like it. And so he gave it a listen, and he turned to me and went, “Wow, thank you so much for having the passion to not just come in and blaze a solo, but to actually care about the song, and make it better.”

He was this musical genius with this childlike innocence. He was such a professional, and such a sweetheart.”

In that quick half hour, he created one of the most iconic guitar solos of all time. The merger of all that energy, from Eddie, Michael and Quincy, created a record unlike any other.

He will be forever beloved and idolized for his astounding artistry on guitar. But he was more than a guitarist. He was a great songwriter, as well as producer, performerand keyboardist. He never lost sight of the fact that amazing guitar playing alone doesn’t make a great record. It starts with a great song. |

Eddie died from cancer yesterday, October 6, 2020 at the age of 65 in Santa Monica. In his honor, we are happy to share these great songs and musical moments, all shining with the timeless, boundless spirit of the great Eddie Van Halen. 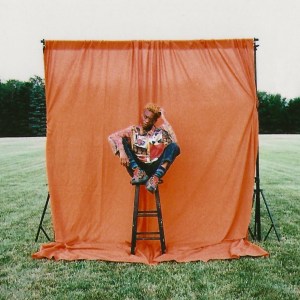 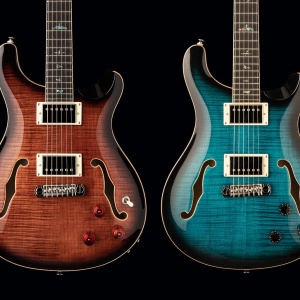