Singer-songwriter Catie Turner brings quite the pair of emotional contrasts with her to the music industry’s table. As a young unassuming resident of Langhorne, PA, Turner was enamored with the guitar but initially kept to herself and tended more toward individual, solo creativity. Yet, for so many around the world, the Turner they know is externally vivacious, driven to reach out to others, and through her music, is a public voice for the sentiments of the masses of everyday life.

Brought to the public forefront through the reach of American Idol, Turner’s quiet sincerity became her broad connective message and from there, the now Los Angeles based artist merely recognizes the opportunity that comes with so many people hearing her art without making changes for changes sake. Wider exposure hasn’t led to a loss of Turner’s core inspirations and new single “One Day” is an elegant, clear example of how Turner’s down-to-earth feelings and every day experiences haven’t gotten lost in favor of topics or sounds that are more aggressive, trendy, or edgy, solely to surprise the millions now listening and watching. A short standalone single about not rushing into a big commitment – in this case marriage – the instrumental side of the song exudes an easy going tonality of rounded, melodic percussion, along with a casual tempo, not far off from Turner’s spoken mentality of wanting to “wait and and talk about ‘one day’ one day.”

Ahead of the release of “One Day,” Turner spoke with American Songwriter about the impact of artist visibility, why she felt this message was important, her preferred sonic direction, and more.

American Songwriter: Having transitioned to a more bustling life in Los Angeles recently, what’s one of the differences in daily lifestyle that’s surprised you the most – particularly when it comes to how you write and find space to create. How have you handled those adjustments?
Catie Turner: I think the biggest adjustment is now I have a purpose – a creative one. At home, I write and sing to fill the time, then I’ll continue on drowning in boredom until another creative shockwave strikes me. but in Los Angeles, I write because it’s now my job. Which is amazing. I get to say my passion is my job – which I’m so grateful for. I create in a studio now instead of a dirty, unmade bed, and I get to learn who I am even more because I’m under my own roof. I get to explore my identity.

AS: How do you view the weight and impact of your position as a public figure and how much did you take that weight into account when initially writing this new song?
CT: Sometimes it’s hard to wrap my head around the fact that I have a voice. I mean, in a world with 7 billion people, I still think I can hide behind those numbers – but in the field I’m in, that just isn’t true anymore. It’s a mental shift, for sure. I really don’t take the weight into account when I write music. I think it would suck all the joy out of it because I would go insane. I write selfishly; but when others can relate to it too, it makes me feel not as alone. I love it.

AS: “One Day” seems to be rooted in a mindset of living in the now. How much of this song was shaped by a life experience mirroring the lyrics and how much was about just conveying the concept of staying grounded in the present, which can be applied to more than just romantic relationships?
CT: The whole song was based on a true life experience. Everything in the song actually happened. I really WAS proposed to on a bathroom floor – next to a squatty potty and kitty litter.

AS: What motivated you to write a song with this kind of message and release it now?
CT: My motivation in 2019 was very simplistic: write a song about an experience. I never thought I’d release it – or anyone would ever hear it. But when 2020 unleashed Pandora’s box onto the world, the sentiment of taking it “one day at a time” seemed fitting and took on a whole new meaning.

AS: The arrangement of “One Day” and its overarching production style project a stripped down instrumentation and a generally subdued dynamic level. Is this kind of sonic framework more a reflection of supporting “One Day’s” message or, is this the kind of musical foundation listeners can expect you will be gravitating toward more going forward?
CT: Lyrics, to me, are the most important part of a song to me, so sonically I want to honor them so they aren’t drowned out, but also elevate them so it’s interesting. There’s a nice balance I like to find, but am still trying to master: Not too slow and acoustic to (the point) where you’re bored but, not going against the sentiment and feeling of the song. I treat each song like its own individual so I can’t say for sure that every song of mine will have the same sound as One Day; it depends on the lyrics and overall vibe of the song. 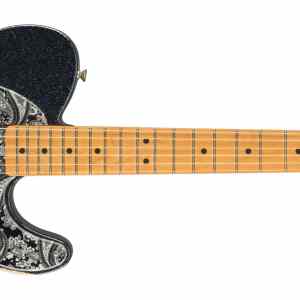 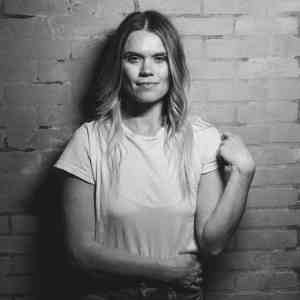