Holding up with her family in Kansas, Nicolle Galyon can’t help but feel grateful, despite the ongoing pandemic and uncertain times. “My parents raised me to think that you could always be worse,” she says, “no matter how bad it is.” Always busy writing, Galyon recently cut several songs, including Dierks Bentley’s “Gone.” This fall, Galyon also had the opportunity to step outside of her traditional writing format and work on the musical podcast Make It Up As We Go.

The first podcast format of its kind, Make It Up As We Go is a scripted, country musical combining several original songs and a featured cast of actors following the story of aspiring singer-songwriter Charlotte Sayles—played by the podcast’s co-creator, actor and songwriter Scarlett Burke—who makes the move from Texas to Nashville to live out her musical dreams. The chapter-by-chapter podcast follows all her tribulations moving through Nashville’s writer rooms as she tries to make it in the music industry.

When Galyon first saw the deck for the podcast idea in early 2019, she wasn’t sure what to make of it. As the story started developing, she knew it was the right move for her to break out of her normal writing routine and eventually co-wrote “Champion,” which is sung by “Charlotte” in the series.

“I wanted to expand my territory outside of the writing room to different kinds of writing,” says Galyon. “So when this came across, I wanted to take a swing at this blindly, not really knowing what it would turn into. It turned out to be way better than I ever would have anticipated.”

Despite how bittersweet, taking into account the constant shift and uncertainties of the music industry during the pandemic, Gaylon says the timing of Make It Up As We Go couldn’t have been more perfect, because it focuses on the deeper power of a “song.”

“I think 2020, more than ever, we’ve seen how the whole ecosystem of the music business revolves around the song,” says Galyon. “It’s so cliche, but in Nashville, with all the ins and outs, we always say it all starts with a song, and when this year happened, people were still writing songs. The song is what keeps the hope.”

Previously contacted to work on more behind-the-scenes footage and documentaries on the making of a song in Nashville, Galyon says that once a camera goes into the writing room, it can kill the entire vibe, but the scripted story of Make It Up As We Go, featuring songwriters who have lived what the character is going through, was the closest glimpse you could get into the writer’s world.

“You never know when lightning is going to strike, so even if someone were to record for months and months, they may never happen to be there on that one day that someone writes a big hit,” says Galyon. “So the idea of having a scripted series of what actually happens felt like a really creative way to tell the story of how a song goes from creation to being a big hit on the radio.”

When she first chatted with Burke, an hour into their conversation, Galyon realized that Burke grew up in the same small Texas town as her husband. “It was a bit of a wink saying ‘yes, keep leaning into this project,’” says Galyon. “It’s like something just aligned in the stars telling you that you’re supposed to continue here.”

Something that also drew Galyon to the podcast series was its scriptwriter, David Hudgins, who wrote one of her favorite TV shows of all times, “Friday Night Lights.”

“He [Hudgins] just sat down with people like me and said, ‘okay, tell me your story. How would this happen?’” says Galyon on how Hudgins worked out all the real-life studio scenarios in the script and other conflicts songwriters typically face. “There was some real authenticity there, and David didn’t want to just make it work for the sake of the story. He wanted to make it true to Nashville.”

Galyon enjoyed the process of adding her own struggles to the storyline and in retrospect was surprised by how much she has survived during her time in Nashville.

“I realized how much life I’ve really lived in Nashville,” says Galyon. “It was kind of eye opening to realize that there are people that don’t really get to see this stuff.”

For instance, in one chapter there’s a conversation about how much liberty a studio musician or an artist can take with a song when they go in the studio to record it. Galyon says there are rules to how true one has stay to the demo or to the writer’s version of the song.

“I think a lot of people don’t realize that evolution,” says Gaylon. “He did a great job showing not just the story of the girl trying to make it as a songwriter, but the evolution of the song as it goes from someone humming a melody in their car to taking that idea into a writing room and turning it into a hit. That’s the most magical part of Nashville to me.”

In writing for Make It Up As We Go there was no concern about making a song for radio, per se, which was a relief. “That was fun, because that’s kind of always the underlying pressure every day of my day,” says Galyon.

For “Champion,” which she wrote with Miranda Lambert, Gutstadt, Burke and Jeff Peters, Galyon says the song’s story is really art imitating life with the half-fictional, half real-life character of a guy in a leather jacket, which was based on something that really happened in Burke’s life, and ended up being written into the script.

Reflecting on the industry today, Galyon says that female songwriters still face some challenges, including the general balance of being a working parent, but there are so many more women finally having their moment as songwriters in the past decade.

“I don’t feel like the climate in the female songwriting community is anything but camaraderie,” says Galyon. “I think we all have a lot of respect for each other, and there are a lot more moms. If I could hire all mothers, I would, because I think they’re the most efficient people on the planet.”

Admitting that she’s had daily temptations to take a break from writing since it would make her family and home work out much more smoothly, there’s always something telling her to keep writing. “Every day, there’s this little voice that’s like ‘no, you’re a songwriter. You need to still be a songwriter. That’s who you are,’” says Galyon. “So ending the year with some new singles going into the next year has been a nice reminder of why it was important for me to continue to write throughout this crazy year.”

In this moment, Galyon is nothing but excited and hopeful, especially on the songwriting front, and for female songwriters.

“It used to be that you could count on one hand the female songwriters that were really getting there, and now I can’t count on two hands,” says Galyon. “I need three hands. I know that doesn’t sound like a huge thing, but that’s progress, and to me, it means we’re going in the right direction.” 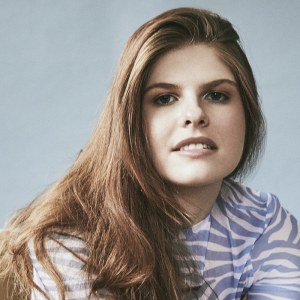 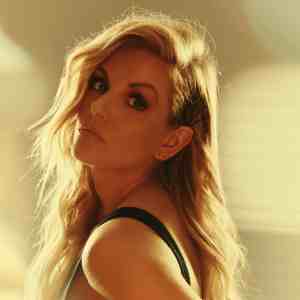