Max Colombie was anxious. Riding waves of success, from several platinum records and giant streaming hits, he was unsure about what path to take next. Should Colombie, known professionally as Oscar and the Wolf, continue venturing down the well-worn path he’d already set for himself or branch out with his style and songwriting approach? He felt “stuck in both worlds,” he says. “I was a bit afraid that if I was going to choose what I wanted to do for myself, I was going to lose the connection with the people that know me from my previous music.”

Ultimately, he decided, “the most important thing is to do something honest without making it a strategy,” he tells American Songwriter. “I followed the advice of my producer [Jeroen De Pessemier]. He said, ‘The only way that your music is going to connect is when you’re true to yourself.’ I made the decision to just not follow a game or not play by any rules.”

That’s where his new song “Oliver,” out today (July 23), comes into the picture. With its moody, ever-shifting sonic plates, stepping stones for Colombie’s creamy vocals to pounce and soar, the latest primer to a new album feels both ripped from scorched earth and a gaseous ring circling Saturn. A sweltering outer shell, Colombie takes the listener by the hand and plops them in the middle of “the heat of summer,” as he describes with a bit of poeticism.

“Oliver” and lead single “James” prime fans for Oscar and the Wild’s forthcoming The Shimmer record, the title for which he lifted from the 2018 sci-fi fantasy film Annihilation, starring Natalie Portman, Gina Rodriquez, and Jennifer Jason Lee. “Whenever you go into The Shimmer, it completely transforms every reality and emotion you have inside, which is basically, for me, a metaphor of falling in love,” says Colombie, referencing the film’s central plot point. In Annihilation, The Shimmer is an anomalous zone caused by a meteor crashing into earth, and its physical form literally shimmers and dances in the sunlight.

Paired with his love of “shimmery things” like water and diamonds, Colombie also references the work of English rock band The Smiths and such other cinematic stories as Call Me By Your Name and hit vampiric TV series True Blood, which contains “this incredible darkness and a lot of sexual stuff. But also the fairy world within is like this magical heaven where everything shines and shimmers. It’s always been something I want to do in music.”

The Shimmer, arriving October 22, runs through the seasons, traipsing through the dead of winter through spring’s budding flower-scape into the summer sun and finally autumn and a crunchy blend of color. Colombie was inspired to structure the album as such after buying a house in the Belgian countryside and soaking in Mother Nature. “It has a big space full of trees and flowers,” he says, adding “Oliver” was the first to arrive in this creative haven

“The song is actually just a description of how we felt in this place. We wanted to translate the feeling here to be together as friends,” he continues, “and to just pick berries and to swim in the pool and to go walk in the forest and to fall in love.”

The environment in which songs take root can certainly make or break an artist’s vision. “I definitely can’t write when I’m on tour,” says Colombie, matter of fact. “When you’re on tour, you have a lot of different environments. But I need to, first of all, find a comfort space, where I can completely focus on myself. I have a chronic stress syndrome that is very present when I want to work. So I first need to settle down into a sort of space where I feel safe, and I can let out everything that I feel. I always need to feel a certain amount of butterflies in my stomach to instinctively start writing.”

In the accompanying visual for “Oliver,” only Colombie’s second-ever self-directed piece, the singer-songwriter continues the storyline first put in place with “James,” even using the same actor pool. “They’re basically my muses, and I wanted to capture that. I created this story for ‘James,’ and I thought that they would fit perfectly in it. But I didn’t think at the point that I wanted to continue with the same cast and the same storyline. In ‘James,’ we’re in this dark witch crafty world, and then I started thinking [about] If I directed ‘Oliver,’ which is a complete contrast as a song, I would like the same cast to be in that video.’

“We end up in this oasis of beauty, nostalgia, warmth, and safety,” he adds about the clip, before noting that even the next music video may jumpstart from the same location.

As his first directing projects, the lessons he’s learned are the same takeaways from writing music. “I can only reach where I want things to go by doing it myself, honestly,” he says. “That sounds narcissistic. It’s not that I don’t believe in other directors; it’s just that I am very picky when it comes to visuals. In technical terms, I am not a director. I didn’t study that. But I really know very specifically what I want to see, and what I want to get out of the video.” 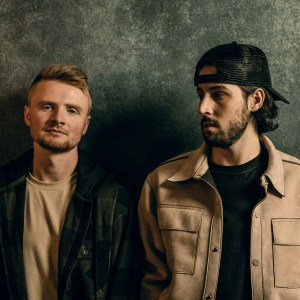 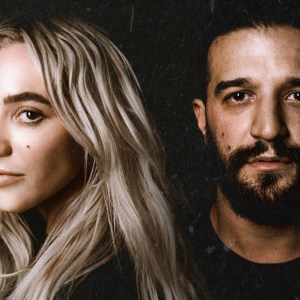