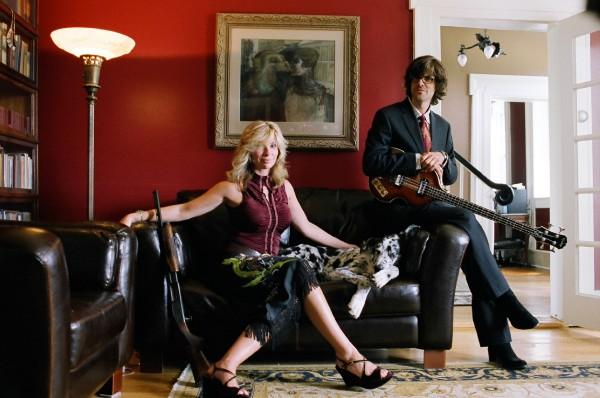 For twenty years, the singing, songwriting husband-and-wife duo Over the Rhine has had a high quality recording career just below the radar. Ohio’s Karin Bergquist and Linford Detweiler are known for lyric writing of a literary, sensual and spiritual variety. Over the course of eight albums—not counting those with a holiday theme—their sound has passed through art-pop, alternative and folk-rock before arriving in sophisticated jazz-pop territory. And that’s where we find them on their new Joe Henry-produced album, The Long Surrender.

Over the past couple albums, the songs, arrangements and especially Karen’s singing have moved in a jazz direction. In the singer-songwriter tradition lyrics are king, but in vocal jazz the way the words are delivered is as important as the words themselves. Have you shifted where you place your emphasis with songwriting?

Linford Detweiler: I don’t feel like I’ve changed my approach to songwriting. But I think we have opened ourselves up more to the American songbook and that influence. I think that’s becoming increasing felt on the records.

Karin Bergquist: I’m really trying to serve the song. It’s not even a conscious effort, I think. It’s just an intuitive thing where if a song is sort of developing, I try to just shut out everything around me and just hone in to that little beacon that’s trying to push through. I feel a lot of times—definitely on the last two, even three recordings—that I’ve just been trying to be true to what the song is dictating to me.

It’s like you’re giving equal attention to the words and how you deliver and frame them.

KB: For lack of a more sophisticated way to say it, I’m just really having fun. Phrasing has always been something that’s fascinated me—even some artists whose phrasing is superior to actual pronunciation of a word, like Elton John. It’s like ‘What is he saying?’ But I don’t care, because the phrase is so fulfilling and satisfying . Or Stevie Nicks, who I’ve been listening to a ton. There’s something important about having fun for me at this stage of the game.

Linford, you do half the songwriting, but it’s generally Karen who sings lead. Do you think of how songs will sound coming from her when you write?

LD: I would say for my songwriting, it’s a huge part of the process at this point—imagining what’s going to happen to the song as it comes out of Karin’s mouth. I’m thinking a lot about her voice. I’m thinking about the occasional dilemma of a woman delivering a lyric written by a man. All of that is tangled up in the process in a really good way.

“Infamous Love Song” is an example.

LD: I wanted to cram a lot of our personal story into that one. I did hearken back somewhat to the American songbook and really give Karin a song to sink her teeth into.

Sometimes you’ve presented collections of songs as being particularly personal. On the other hand, the way you convey emotions and stories can lean less on particulars than on broader poetic imagery. What does autobiography mean to you in the context of your songwriting?

KB: I think it’s inevitable for me. I think I would make a really good Catholic. Because I’m very confessional anyway, and a rotten liar. I wish I were a better liar. I’d be a better writer. It’s very connected, my writing, with who I am and what I’ve lived.

LD: I like different layers working simultaneously in songs. Even if it’s a very personal song, I like people to be able to engage well with the song, who made aren’t privy to the particular history or moment attached to the song.

Do you think that idea of going for both the universal and the specific is something you share in common with your literary influences? You’ve drawn from literature from the start, and there are songs inspired by poems on The Long Surrender.

K: I think you described what I would call good writing. You know, if you’re able to do that, connect a part of yourself with the rest of the universe. That’s a big leap but it’s a pretty good thing. For me I think that’s a jumping off point. Something has to resonate with me in order for me to sit down and write about it. And then it can take off and I can insert a character with other qualities that aren’t necessarily mine. There has to be something somewhat personal for me to be interested and to feel like it’s worth sharing with the world.

With the B.H. Fairchild poem, I hadn’t heard of him until this wonderful connection that we made through Image Magazine. Every summer they bring together this crazy mix of writers and poets, and now songwriters and painters, and we do workshops for a week. Among other things, he read this poem called “Rave On”. It’s not based on, but it references the Buddy Holly song “Rave On”. But it’s about a real experience with some boys. You can just taste the dirt when he’s doing this reading; you can feel the wheels coming apart from underneath you. It just got me. And I thought, ‘Well, maybe I should have the audacity to write something around that poem. I contacted [Fairchild] about it and he was way into it. He wanted to be a jazz saxophonist before he discovered he was a poet. I, of course, gave him partial credit because I pulled lots of lines from the poem.

Which isn’t a typical co-writing situation. I also noticed that Joe Henry contributed to the songwriting.

KB: He sent the lyrics for “Sharpest Blade” and asked us to write the music for it. Linford and I tend to be a little competitive. [Laughs] We have a healthy competitive nature to our working relationship. So he wrote a melody immediately for the lyric. Of course, I had to go and write my own melody. We recorded both and we didn’t tell Joe who had written what and we submitted them and said, ‘You pick.’ And he picked mine. [Laughs]

You don’t generally work with outside co-writers.

LD: We talk about living here on the farm and I say there’s a fine line between isolation and solitude. It’s been great to remain rooted in Ohio where we’ve got some great friends and some history. And we love the idea of American writers and artists, like Flannery O’Connor or Robert Frost or Georgia O’Keefe, who you immediately associate with a particular place. So we haven’t relocated to Nashville or L.A. or New York as of yet. We’ve tried to remain somewhat rooted.

We haven’t had a lot of opportunity to write with other great writers. It was very rewarding and downright fun to be able to write a few songs with Joe. I hope we can do more of it.

You’re celebrating a twenty-year recording career with this album. What do you think have been the biggest changes to the way you write, record and perform during that time?

LD: When we started Over the Rhine, every band wanted to have a record deal. That was sort of the great goal. When we got signed to I.R.S. records we got a lot of press. It was a big deal that the same A&R man that had signed R.E.M. signed us. That’s kind of what it was all about. I.R.S. records was one of the early casualties of music industry consolidation and we found ourselves fairly quickly back on the street, sort of starting over. We released a very personal little project called Good Dog Bag Dog independently that really took Over the Rhine’s music to a different place. I think it taught Karin and I that at the end of the day it’s really not about the music industry. It’s about the songs. If people are inviting those songs to be a part of the big moments of their lives, that’s really what it’s about. So we’ve kind of kept our focus on just trying to do the best work that we’re capable of. Pop music is very youth-obsessed, but we’re still open to the idea that we might be getting better as songwriters and that we can continue to improve and that our best record might still be out there somewhere.

KB: And as long as I feel that way, I’ll have the drive to write the next song. I don’t feel like I’ve written anywhere near my best song yet, and I really want to do that before I die. 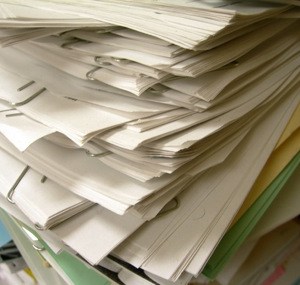 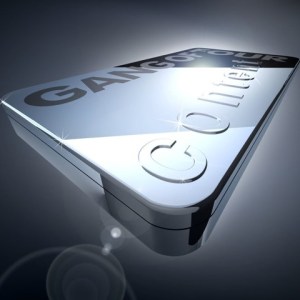