In a year when live performances were next to nil, Paco Versailles continued writing and releasing singles showcasing their self-dubbed genre of “dancemenco,” an electronic fusion of Capital Cities’ Ryan Merchant and guitarist and composer Vahagni’s respective disco and classical guitar roots. Still, something was missing.

Stripped of exhibiting the full scope of their live interpretation of electronic dance flamenco, the Los Angeles duo—named after Versailles-bred French acts Daft Punk and Air and Spanish flamenco guitarist Paco De Lucia—went back to the studio at the end of 2020 to revisit their previous singles as a full performance.

Regrouped at The Beehive studio in LA, the pair enlisted a number of musician friends to help record live versions of each track, the closest transference of their electronic recordings to a live setting.

“This live version was recorded at the end of 2020 to give people a glimpse of what they can expect live, which is so important for a band,” says Merchant. “We recorded a bunch of our songs during this taping, which we will release in the coming months.”

Released in 2019, and the first song the duo ever wrote, “Unwind” was initially composed as an experiment mixing the band’s flamenco guitar rhythms with dance music. “Even before it was released, we tested the song out live at a party in LA,” shares Merchant. “The concept went over very well, even in an early raw form, so we created Paco Versailles and have been putting out music nearly every month since then.”

Rerecorded at the end of 2020, the pair ended up recording several other tracks and taping the entire performance. “We play with live musicians even though our sound can be very electronic,” says Merchant. “We hope it captures the power of a nylon string guitar playing over a super funky band.”

Continuing to write new music, Paco Versailles will eventually combine many of their singles into a full release. For now, they’re content to live and play vicariously through the live recordings of their singles, a glimpse into performances to come.

“Our live show is a non-stop dance party,” says Merchant. “Every moment is crafted to inspire movement and joy. We bring the songs to life in a new and exciting way by working with amazing musicians and incorporating traditional flamenco dancing at certain moments to add some drama, so it’s a very modern performance that pays homage to our influences and harnesses the power of humans playing live together.” 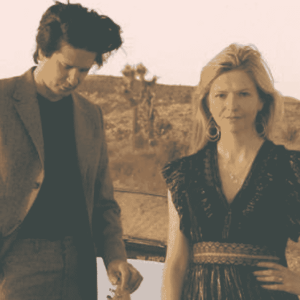 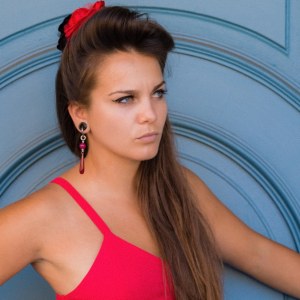