McClenney wanted to write a political song but one that was not “in your face.” On “Kerosene,” off his upcoming project, the Maryland-bred singer, songwriter and producer plays with the metaphor for accepting, or not accepting, responsibility.

“Kerosene is this colorless liquid that’s obviously flammable, but not quite as much as gasoline or petroleum,” says McClenney. “It could create smaller, subtler fires that add up over time, rather than a massive explosion maybe as obvious as one caused by petroleum.”

Everyone has a hand in how U.S. culture and society functions, for better and for worse, actively and passively, says McClenney. “It’s on all of our hands, since we all play a little role in setting our own fires that add up, but because it’s clear, it’s maybe easier to hide,” he says. “Someone has to take the blame when it all hits the fan. Some are more responsible than others, but we’re so linked with technology now [that] everyone plays a role, even if it’s very tiny. The cycle continues.”

He adds, “The song is just my subtle observation of a slice of the world today.”

Heating up around “Kerosene” and his growing catalog, the 27-year-old artist, recently signed by Quincy Jones, has also produced H.E.R., DRAM, Jamila Woods, Marco McKinnis, and Dave B. He picked up a 2018 Grammy nomination for his work on Khalid’s “Location” and recently co-authored a proposal asking the GRAMMY’s to drop the word “urban” and opt for a category like “Melodic Rap,” in addition to co-authoring another proposal urging Grammy to expand its global music field.

For McClenney, “Kerosene” came together after several months of listening to the melodies. Then, one day all the pieces came together for McClenney, and initially starting off a drum groove with bass line between something alt-rock and slower hip-hop space.

“It feels more pop than rock and that’s what I loved about making the song,” he says. “It’s all in between a bunch of styles but never quite on the nose.”

Leaving the guitar parts open, McClenney focused on the track’s other layers. “Sonics and tones are really important to me, and they’re just a part of my writing process as the chords or melodies,” says McClenney. “I don’t have synesthesia, but I definitely feel things very three dimensionally in a way that’s a little hard to describe when I listen to music. The right tones and textures will give you this subtle feeling that leaps out to me in the context of the big picture.”

He adds, “Even though it sounds long and drawn out, the track for ‘Kerosene’ came pretty quickly and I got that right feeling to move onto the lyrics and melodies. I love to start with scratch melodies and then take my time sometimes over a few weeks or months to nail the right lyric.”

On “Kerosene,” featuring St. Panther, who was introduced to him by his girlfriend, McClenney has landed at something more refined from his 2017 debut Portrait in Two, and now has a newer perspective on sound.

“The core of who I am has evolved and while the essence of who I was in the ‘Portrait in Two’ days still is within me,” says McClenney. “I’ve grown so much as a human being and thinker. I’ve always focused on finding the strongest and truest version of myself… In the moments I sit to create music for myself, I try not to reference other songs or artists so I can focus on what’s inside of me and let the inspiration guide the journey.” 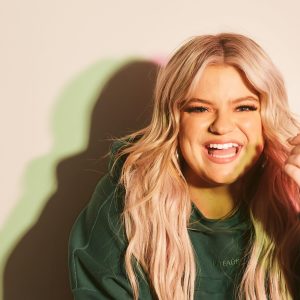 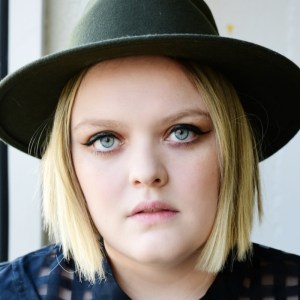