The songwriter-bard, Bob Dylan, once wrote, “Take what you have gathered from coincidence,” in the famed poetic song, “It’s All Over Now, Baby Blue.” Well, if a lyric could have offspring, the children of that line would be the dream pop band, Still Corners. The group’s founding two members met by chance on a train platform in London and later started to collaborate in song. Since then, the band’s history has been saturated in organic surprises noticed from the corners of their eyes or ghost lyrics plucked from the ether and woven into verse.

The duo’s newest record, The Last Exit, which is set for release Jan 22nd, is rooted in the myths and mysticisms of the open road. The visions seen when the mind starts to lose its tight grip on reality. When the highway is a river. There is much to learn when looking out the windshield. So, Still Corners, put it all in song in a new 11-track LP.

“It’s so crazy thinking about it,” says vocalist Tessa Murray. “That it actually happened, that we’re here now over a decade later. Literally there was just an incorrect sign and we both got on a train. I was on my way to choir practice.”

That day, it would take about forty minutes before Murray and musician, Greg Hughes, would get back on track to their original, planned destinations. But in that time, they chit-chatted. This was only a few years into the new millennium (the band officially formed in 2007), so there were fewer “smart” phones and devices to distract them. They had to engage. So, Murray and Hughes talked. They resisted the initial social awkwardness and got to know one another a little bit at first then more fully as collaborators.

“I said, ‘Oh, you’re in choir? I’m looking for somebody to work with. Why don’t we get together and try to work on stuff?’” Hughes says. “She was cool with that so we got together. It was slow. We were both being pretty cool about it, not too much pressure. Only after we had written a bunch of songs together did we realize, ‘Oh, this is something cool.’”

Quickly, fans found the band. The duo released small batch single releases in the U.K. and sold out almost immediately. When Still Corners released its third single, the duo noticed someone from the famed label, Sub Pop, had bought it on Bandcamp.com. Not long after, representatives from the label had traveled overseas to check the band out. “We were very nervous,” Hughes says. They played a show and, as if in a movie, signed a contract in a pub together that night.

“That segment of our history was really rapid,” Hughes says.

Today, the duo shares in a very successful-though-dichotomous writing style. Murray says she’s a bit more ethereal in her process, whereas Hughes is more methodical. Murray is more instinctive, waiting for ideas, daydreams and words to enter her orbit where she can snatch them from thin air. Hughes, on the other hand, is often plugging away at the guitar.

“Greg will play music in the background,” Murray says. “And ideas will come naturally through that process. With Greg, I think he has more of a classic work ethic. Obviously, though, sometimes it doesn’t come naturally to me. So then we sit down together and work up different ideas and see what sticks. I find that’s more difficult than the organic stuff but in the final output, you can’t tell the difference. We find our way to what the song wants to say in the end.”

The duo’s newest record was borne from the many tours Still Corners has undertaken in its thirteen-plus years together. Hughes, who first remembers listing to the echo of “We Will Rock You” for hours as a kid, and Murray, who first came to music listening to it on road trips with her father as a kid, have toured extensively, venturing to Europe, Asia and America multiple times over. Almost always, of course, the band is scheduled to play in a major city. But in the space between these work moments, there is often a great deal of land to traverse between jobs. There are a lot of miles between, say, Denver, Colorado, and Phoenix, Arizona. Lots of room for hazy or creative thoughts.

“I think it was just this idea we wanted to return to,” Hughes says. “The folklore and myth of the open road. This idea that there’s this sort of mysticism in the landscape and we can disappear in that. And we wanted to have a bit of a noir vibe to the whole thing, that was the genesis.”

The new LP is surprisingly catchy. It’s choruses and strummed acoustics are sticky. Murray sings with an at-times hushed voice but in the way she makes the sonics small, they emerge more powerfully. You lean into them, soon felled like a boxer leaning into the champ with his chin. At times, the record recalls the reverb and echo of a Chris Isaak song but there is useful nostalgia and a sense of relaxation to that eerie tone. Some songs feel spare like a Kansas highway, others feel like the long road coming to an end as the bright city approaches in the horizon. Hits include the epic “Mystery Road” and jaunty “The Last Exit.”

While a chance meeting brought the two artists together, it’s a clear vision that keeps them. Hughes, who had moved to London for a now-ex-girlfriend, found in the city that music was what he wanted to do with his life. With the intuitive Murray, who he’d met just after his realization, the two figured out a new way to bring new songs into the world. Now, as uncertainty clouds both the music industry and the actual earth’s future, both Murray and Hughes agree that, for them, the work remains tantamount. There is little to control other than what they put their focus on. For the members of Still Corners, that means writing, writing, writing.

“There is so much unknown about the future,” Murray says. “But I think, on a much smaller scale, we’re definitely in a groove now, doing something we enjoy. That doesn’t seem like it’s going to go away.” 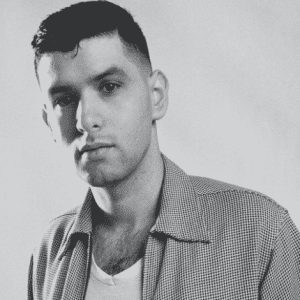 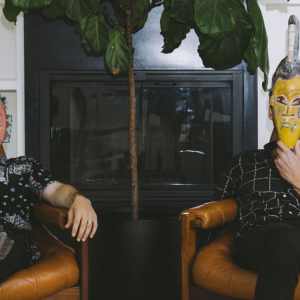