When the COVID-19 pandemic hit in 2020, the music community wasn’t prepared for what it was about to endure. From trying to grapple with the devastation of the virus itself to trying to overcome the economic blow, the experience was (and is) such an extreme moment of strife for so many that it deserves repeating.

Yet, now, we’re in the middle of a fascinating period where the art that was made during the pandemic is finally coming out and beginning to shed some artistic light on what we all just lived through. In some cases, it’s point-blank, like Anika’s Change or Rodney Crowell’s Triage, which each speaks to the crisis indirect, yet beautifully poetic, terms. In other cases, it’s manifested in the sheer creative talent that artists were able to tap into with previously unavailable free time on their hands, like Brian Kelley’s Sunshine State of Mind or Foo Fighters’ new Bee Gees cover record, Hail Satin. Among the artists in that latter group is the Los Angeles-based rock trio, Palaye Royale.

Before COVID hit, the three brothers—Remington, Sebastian, and Emerson—were expecting 2020 to be a touring year in support of their third record, The Bastards, which dropped last May. Instead, they found themselves quarantined, off the road for the first time in years. With the time and space, they poured all their energies into reconnecting with their passion for music—now, the end results are finally coming out. At the beginning of July, the band released two new singles: the punchy pop bop, “No Love In LA” and the brooding anthem, “Punching Bag.”

“We pretty much immediately jumped into writing new music after the last album came out,” lead singer Remington tells American Songwriter. “We were like ‘Well, it doesn’t really seem like we’re going to be able to play live anytime soon, so let’s just make some more fucking music.’ It was great because we took our time. It reminded us of making our first album when we had all the time in the world—it felt like that.”

Having extra time is obviously valuable for many reasons—it allowed them to explore their sound deeper and craft more intentional and conceptual songs. But, beyond that, the space that came along with a reprieve from touring alone proved to be a paramount development for the band’s chemistry. Really, what they gained out of it was a rekindling of their friendships.

“I think our friendship was the most important element,” oldest brother and guitarist, Sebastian, explains. “We left for a tour in 2015 and pretty much didn’t stop until 2020 when we had to. We went from sleeping in the car to getting our first car to touring around in a bus in less than five years. We had just gotten the bus when everything stopped, actually. But, by that point, we weren’t really excited about being around each other. It was a struggle—one of us could look at the others the wrong way and we’d want to rip his head off. So, it was a lot.”

Once they got some space to cool down, though, it didn’t take long before they started to get back in touch with the love of music that drew them to forming Palaye Royale a decade ago. “We all got to get back into playing piano and thinking about music theory, which is kinda where we all started our musical lives,” youngest brother Emerson said. “The whole thing actually gave us a lot of opportunities to just sit around and play piano while no one’s listening, which was great. I think that when no one’s listening, you have the luxury to try things that maybe wouldn’t sound so good, but then lead you to something that does sound good. We got to do that a lot for this new music, and I think that our love for classical music comes across.”

It’s true—while both new singles are produced and compressed in a way that might make them seem like standard pop songs upon first glance, when you listen closely, you realize that there are a lot of amazing things going on underneath the surface. From the clever chord progressions to the use of counter-melodic riffs to just the catchy lilt of the melodies, they’re both clearly well-crafted tunes.

But even beyond the music itself, the air around the band is proof that they’ve grown quite a bit in the pandemic downtime. Even now, looking forward to releasing more music, they have a new attitude, reinforced by the love of the music they rediscovered.

“With this new music, we have the mindset that if no one else cares about it, we’re still fucking happy with it,” Remington said. “It’s an amazing feeling to say that you just love your own art so much that you don’t care if it’s liked or not because you didn’t make it for anybody else. You made it for yourself. I think that’s important, you know? This whole era coming up to our new music feels like we’re kids, waiting the night before Christmas. It’s 11 p.m. and we can’t fucking sleep, but we’ve gotta go to sleep before we can open our presents.”

Palaye Royale is back with two new singles—listen to them below: 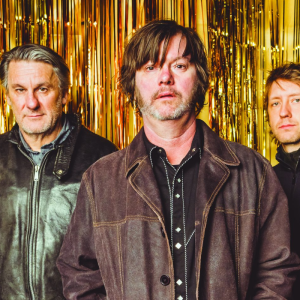 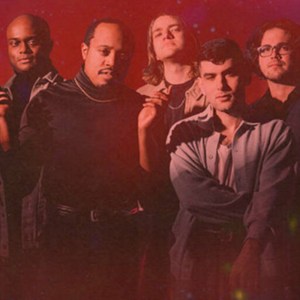