Recently, Brian Kelley of Florida Georgia Line sat down with American Songwriter at the Gibson Garage in Nashville to discuss his debut solo record, Sunshine State Of Mind, out June 25. The conversation is part of a new filmed-interview series, launching today (June 25), from American Songwriter titled Off The Record, which features candid discussions, insightful stories and helpful tips from some of the best songwriters of our time. Read the feature and watch the video below:

“Brittney and I were actually in Africa with the Hubbards when the pandemic started,” Florida Georgia Line’s Brian Kelley tells American Songwriter. “We made it out on the last flight back to Nashville. At that time, I don’t think anybody knew what to do.”

Kelley, like many others, was overtaken by a feeling of uncertainty in the early days of the pandemic. With the world shutting down and live events coming to a halt—dealing a mighty blow to many sectors of the music industry—the forecast didn’t look great, but it was hard to make any sort of prediction. So, also like many others, Kelley, his wife Brittney and their dogs hunkered down and tried to make the best of things.

“We went to the grocery store once a week, did some yard work around the farm, hung with the dogs,” Kelley said. “I was getting my arm back in shape, pitching a little bit. I was fishing. I was just doing some soul-searching, journaling a lot, getting up early to work on myself and my mental and physical health. I was literally doing everything under the sun other than music—everything was shut down.”

After a few weeks, Kelley, Brittney and the dogs relocated to their beach house in Florida, where they stayed until November—it was here that the magic really started to happen. See, starting out with some simple relaxation and leisure, once he began his soul-searching, he began to see the world in a new way. “I think I came out the other side a better person, a better songwriter and a better husband,” Kelley said. “I really dove into my faith, and my wife and I’s relationship got stronger.”

Feeling like a more holistic human, the “better songwriter” part came into play around the time of Kelley’s birthday in August. “I had a co-writing appointment come up randomly, right about the time I was about to start writing again after taking time off,” he said. “My publisher hit me up, she goes, ‘Hey, Parker Welling and Casey Brown want to write the day before your birthday.’ I was like, ‘Well, I might be in party-mode… I don’t know if I’m gonna write the day before my birthday, that’s asking a lot.’ I kind of thought that at first, but then I literally thought, ‘BK, if you want this to happen—this thing that’s inside of you that wants to come out—you’ve got to show up, get it done and make it happen.’ Right when I thought that, I connected the dots in my mind and I go, ‘I’m gonna finish ‘Boat Names’ with them that day.’ I immediately knew that something was different. I was writing from a different place.”

For years, Kelley had interest in launching a solo project, but the stars had never aligned quite right for it to come into fruition—seeing this as his opportunity, Kelley rose to the occasion and, indeed, “made it happen.” The end result was his first-ever solo record, Sunshine State Of Mind, a vibey debut clad with irresistibly laid-back songs, infectious party anthems and moments of profound depth. Out June 25 via Warner Music Nashville/Nashville South Records, it’s a splashing introduction to Kelley’s world: the world of the Beach Cowboy.

“When I started making this record, I wasn’t trying to coin anything—I didn’t have a certain sound, I just kinda knew as we were writing a song what it would be,” Kelley said. “It wasn’t like, ‘Oh, I want to do a beach, island thing or whatever.’ You could coin it like that: beach, island-y, country-kind of rootsy vibes. I’ll take whatever anybody wants to call it. I really attribute a lot to my collaborators, co-writers and my co-producer, Cory Crowder. I’ve been ‘mind-blown’ by the talent. The players that played on this record are just amazing players. We gave them creative control to play, ‘Do your dang thing, man.’ It was kinda about being in the flow, taking my time. If we had half a song written and we didn’t know where to take the second verse, ‘Hey, let’s figure it out tomorrow or the next day and go fishing or start a different song. Let’s just keep the train rolling.’”

Between the catchy, genre-blending lead single, “Beach Cowboy”—which boasts killer lines like “Yippe-yo-ki-yay, it’s your boy BK going John Wayne on these waves”—and heartfelt tracks like “Sunday Service In The Sand,” it’s clear that Kelley is on his game, delivering some of the best modern country put to tape. For his part, the experience of finally being able to step into a solo spotlight has been an incredible adventure for Kelley.

“It’s new territory, so I’m just kinda figuring it out,” he said. “Even doing press alone is different, not having Tyler [Hubbard] to bounce off of, but that’s a good place to be—where you don’t have your feet sunk in, 100% comfortable. I want to operate a little uncomfortable. I want to be pushed where we can shine. That’s where a lot of things are refined, where a lot of good things come from. Like, ‘Screw it—mind over matter. I’m gonna go get it done.’”

“We’re getting back on tour September through November and I can’t imagine what kind of songs are going to be written when we’re back on tour after a year of total weirdness,” he said. “We love our fans and we love seeing new things, experiencing new places, having a local beer in a local, cool mom-and-pop restaurant in a city we’re touring in. So, getting back to touring is what we’re most excited about. And everybody wants me to open up for Florida Georgia Line… I’ll do it. I gladly do it. I’m cheap!”

After that closing line, Kelley’s smile filled the room with a warm, radiating energy, like sunshine on a beachy, summer day.

Brian Kelley’s debut solo album, Sunshine State Of Mind, is out now and available everywhere. Watch his Off The Record interview below: 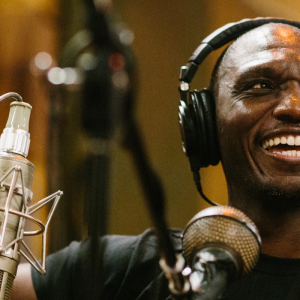 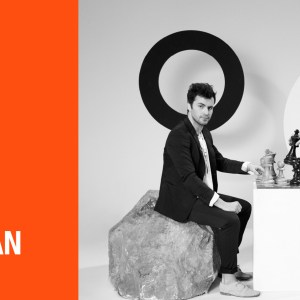