On a recent Zoom video call, Papa Roach frontman Jacoby Shaddix joins in first and sings the praises of Jeris Johnson, the fast-rising young rocker who collaborated with the band on “Last Resort Reloaded” (a reworking of their 2000 classic metal track “Last Resort”) that was just released on January 27. “There’s a lot of depth to this kid as an artist and as a writer and as a creator,” he says.

Johnson—who has also released his debut EP, My Sword, on January 29—joins the video call next. He and Shaddix both light up at the sight of each other. It’s immediately clear that they’ve developed a genuine friendship during the past few months, as well as mutual respect for each other’s artistry.

That bond began after Johnson, who had been quickly amassing a following on TikTok for posting his imaginative performances of songs, put up a video of his own version of “Last Resort” this past fall. It quickly went viral, and over the course of three months, he surpassed one million TikTok followers. That caught the attention of the Papa Roach camp—especially when they saw how Johnson had boldly suggested in the video caption that he should collaborate with the band. Intrigued by what he saw and heard, Shaddix invited Johnson to visit him in the studio.

As it turns out, it was perfect timing for Johnson to suggest collaborating on a new version of “Last Resort,” as that line of thinking fit in perfectly with what Papa Roach was already considering. “At the time, we had been in the studio actually recutting some of the old songs,” Shaddix says. “The twenty-year anniversary of that song, in particular, and that album, Infest. We were actually writing in the studio, as well, at that time.

“I invited him over to the studio just to vet him, to see if he was for real, because this is a fucking classic—this is a legendary track and I didn’t want just anybody putting their hands on it,” Shaddix continues. “I wanted to see if he was the real deal, if there was more layers to Jeris, and I soon found out that there was. I got to know him, got to hear a bunch of his music that he had been working on, and I gained a lot of respect for him in that kick back session. So that’s when I was like, ‘All right, let’s go! Let’s fucking take this thing to the house!’”

Johnson still seems astonished as he recalls this dizzying turn of events. “I’m like, ‘How did I find myself in the position to be making a song called ‘Last Resort Reloaded’ with Papa Roach? I was just [playing] in my fucking bedroom two weeks ago, before all of this happened! How did I land here, getting ready to re-release one of the most impactful, important songs to a whole generation of music?’ It was just crazy. That’s when I felt the real weight and the magnitude of what was going on. That’s when I was kind of shitting my pants a little bit!” At this, he and Shaddix both crack up.

Shaddix says he wasn’t worried, because he’d been so impressed by what he’d already seen Johnson do with the song. “He just took a real different, original approach to it. We’ve seen a lot of people playing guitar covers – we always love seeing that; we love seeing our music inspire the next generation of rockers and metalheads. [But] it was just something that he brought to the table that was different. It felt fresh. It felt new. It felt original.”

Johnson says he chose to cover “Last Resort” because “It’s just one of those songs I always loved and grew up hearing. My first memory of ‘Last Resort’ was football practice and one of the coaches was blasting it from their truck. I remember it getting me so pumped up. It’s just one of those songs that made you feel so fucking cool when you listen to it. So I guess I was just thinking of songs from that era and that genre to put my own spin on, because that’s what I had been doing on TikTok. And then it obviously turned into something that I wasn’t expecting!”

Shaddix and Johnson hope the lyrics on “Last Resort Reloaded” will bring more attention to mental health issues—a topic that Shaddix, with Papa Roach, has openly discussed since the band formed in 1993. “It’s a battle that a lot of people fight,” Shaddix says. “I’ve had my challenges, my struggles, and I channel it into music. I found a healthy outlet. We’ve found over the years that a lot of people can identify with this war inside your head and these highs and these lows that we try to navigate through life, and sometimes it pushes us to the edge. We just want to let people know there’s a better solution.”

“Last Resort Reloaded” is included on My Sword, the six-song EP that Johnson released on January 29. The other songs are all his own compositions, some of which he’s previewed on TikTok (such as “damn!,” which now has more than 20 million streams to date). “I’m just super excited to finally give everyone who’s followed me some real music to sit with and chew on and dissect,” he says. The tracks find him exploring a mind-bending mix of rock, metal, beats, and his expressive vocals. It’s a futuristic take, which Johnson says is entirely intentional.

“I am obsessed with trying to make the next sonic wave of what’s fucking cool and dope,” Johnson says. “I just love getting experimental and I love the idea of pushing rock into the future, because it’s one of those genres that’s been sort of forgotten or pushed aside in the mainstream consciousness for too long. I want to bring it back to the center and show everybody this is the coolest shit. I want every house party across the country to be blasting rock again. And in order to do that, you’ve got to make it sound like it came from the future.”

To accomplish that, Johnson says his songwriting process varies, but normally has a solid foundation in modern technology. “Occasionally, I’ll actually write a song the old school way, on a guitar,” he says, “but most of the time, I’ll start by fucking around on Ableton [music production software] and making crazy beats and sounds and loops and just seeing what ideas and vibes come from it, and start getting melody ideas. I mumble all my melody ideas into my iPhone. I have thousands of voice memos.”

In contrast, Shaddix says his songwriting process involves getting music from his bandmates, which he then fleshes out with his lyrics and vocals. “They send me these riffs, these ideas. I’ll listen to a song, and I believe there’s something in the music – there’s a story in it. There’s a feeling and there’s something that’s coming at me. I’ll take this music on my headphones and go for a run and that’s when my mind starts to float and these ideas come to me.” He says that he, too, uses his phone’s voice memo app to capture his ideas.

Shaddix says he’ll continue this writing and refining process even once he enters the recording studio, where “I’ll scat some stuff down. And sometimes within these freestyle moments, there’ll be lyrics that start to pop out that start to take shape,” he says. “For me, it’s almost like this discovery process, in a sense. I’m like this archaeologist digging through this rock music and these pieces and parts start coming out to me. Then I start to identify and relate and I start telling a story about something that I had been through, or somebody around me in my life, or what’s happening in culture. Somehow through that process, these songs come to life.”

With “Last Resort” – and “Last Resort Reloaded” – Shaddix and Papa Roach have made their work part of the cultural fabric, past and present. Shaddix hopes that fans will now give Johnson their support, as well, as rock continues to evolve. “I’ve gotten to know him quite well over these last few months,” Shaddix says of Johnson. “I’ve got a lot of love and respect for him as a human being, and as a creator, as well.” This praise makes Johnson grin and exclaim, “He’s like a proud father!” Watching them together, it does seem like one generation is mentoring the next – which may indeed be the kind of connection that helps save rock music, after all. 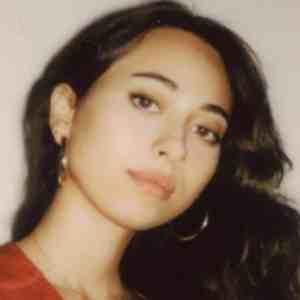 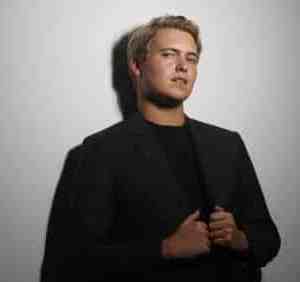