Releasing his second album Who I Am in 2020, there was one track that kept sticking to Cory Marks. The anthemic party song “Blame It On the Double” was one that could go either way. “Being one of the heavier tracks on my album it was one of those songs that could either go country or go rock—or maybe a little bit of both,” says Marks. ”The song starts off good. You go out with your friends, and you’re in for a good time, but there’s also a chance that there’s a little trouble to get it. It’s one of those weekend bangers.”

Revisiting the Who I Am track, also featured on the upcoming horror film The Retaliators (Better Noise Films), starring Tommy Lee and Papa Roach’s Jacoby Shaddix, Marks collaborated with Theory of a Deadman’s Tyler Connelly and Jason Hook, formerly of Five Finger Death Punch, to reimagine the country rocker.

“It’s the perfect country rock out song going into the weekend, because it makes you feel good and makes you want to let go of that hard week and just drink and have fun, and maybe get into a little bit of trouble too,” says Marks. “It was one of my favorites on the record, and I wanted to release it as a single and give it a bit of a second life. Tyler and Jason, those guys just give it a whole new attitude. You’re going to want to turn up an extra notch or two.”

Already deep into his second album with Better Noise Music, Marks is hoping to stretch the 13-track Who I Am to 14 or 15 songs on the new release. “Working with producer Kevin Churko (Ozzy Osbourne, Papa Roach, Disturbed), one of the best rock producers, who also has a country background and a great appreciation for guys like Merle Haggard and Waylon Jennings, has been instrumental,” says Marks. “We’re both drummers as well, like those heavy guitar tones, but also appreciate those country stories.”

Marks adds, “Working with a guy like Kevin, he could take a good song and make it great very easily.”

Reflecting on Who I Am, Marks says was a narration of his life throughout the last five years, and written purely from feeling. “I’m a big Merle Haggard fan, so I try to write as true and as close to the heart as I can whether it’s a sad song or a happy party song,” says Marks. “It’s basically storytelling, which is what country music is all about.” 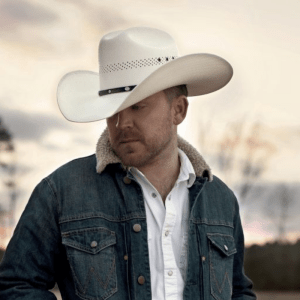 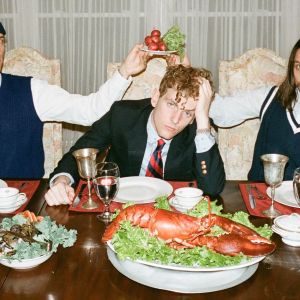