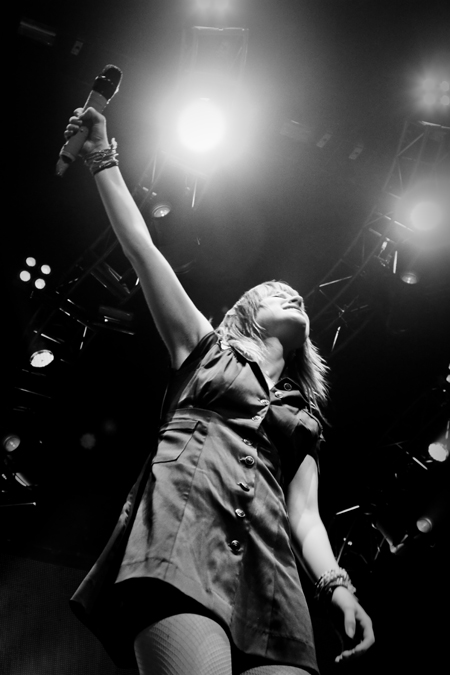 When I arrived at the Honda Civic Tour Saturday night, it was clear pretty quickly that I was one of the older people in the room (unless you count all of the parents sitting in the side seats waiting on their kids). After about five minutes of thousands of fourteen-year-olds screaming, it was also clear that I really should have brought ear plugs.

Headliners Paramore and Tegan & Sara were the evening’s main draw, but that didn’t mean openers New Found Glory, a pop-punk band who’d been around longer than many of the kids in the audience had even been alive, didn’t elicit their own fair share of shrieking. Songs like “My Friends Over You” got the crowd singing along, and reminded me of a simpler time, one where I thought listening to Green Day made me hardcore.

In what would seem like an unorthodox transition, Tegan and Sara took the stage next. After watching the crowd bounce around to New Found Glory, I wasn’t expecting the Canadian indie-pop duo more at home on Pitchfork than on a Twilight soundtrack to get much of a response, but I was so wrong. Most everyone around me knew all the words to songs like “You Wouldn’t Like Me” and “Hell,” and the cheers from the room sounded worthy of nothing less than rock stars. Before introducing the title track from 2004’s So Jealous, Tegan told the crowd, “This song is for all the people sleeping alone.” Judging by how many middle schoolers were in the crowd around me, I’d say she slightly misjudged her audience (and I sincerely hope they all sleep alone). The only disappointment in Tegan and Sara’s set was that, as they were technically openers, it felt short. That, and man, I really wish I had some ear plugs.

Nothing would compare to the decibel-shattering screams filling Nashville Municipal Auditorium when Paramore walked onstage, however. The Franklin, Tennessee natives were greeted as real hometown heroes before launching into radio hit “Ignorance,” off 2009’s Brand New Eyes. The backdrop, parts of which were designed by Nashville’s own Rabbit Hole Recording, flashed red and black images as pint-sized, red-headed frontwoman Hayley Williams bounced around the stage with her bandmates following suit. Though the five-piece band played fan favorites like “That’s What You Get” and “Decode,” a personal highlight of the night had to be Williams’ take on the Loretta Lynn classic “You Ain’t Woman Enough (To Take My Man),” accompanied solely by guitarist Josh Farro on acoustic. The song’s simple arrangement showcased Williams’ powerhouse vocals and further proved that, whether you’re a Paramore fan or not, it’s hard to argue that the girl doesn’t have some serious pipes.

The rest of the band came back out for a few more acoustic numbers and to wax nostalgic about the hometown they clearly love so much, name-checking their high school in Franklin as well as Nashville’s favorite record shop, Grimey’s. The energy they managed to maintain during their set was impressive to say the least, and one had to wonder if being home in Nashville had something to do with it. The band closed out their set with current radio chart-topper “The Only Exception,” saving “Brick by Boring Brick” and breakout hit “Misery Business” for the encore.

Five hours had passed between the time I’d entered the venue and when I’d left, and saying I was tired would be an understatement. It was a night for nostalgia all around, though, as when watching the ecstatic, energetic kids walk out around me I started to miss the times when braces were a fashion accessory, it was okay to wait for your parents after a show and being out past eleven was the ultimate adrenaline rush. Knowing those days had long passed, I went home and went to bed, ready to sleep and give my ears some much needed peace and quiet. 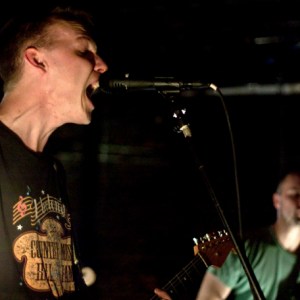 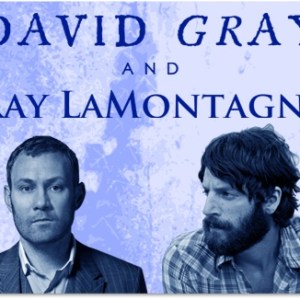