“I knew I would reach that point by the time I was 29 or 30,” says Elana Belle Carroll—the LA singer-songwriter and producer behind Party Nails—of her decision to stop drinking. “I just kind of knew it.”

“The reason I stopped was because I could tell that there wasn’t going to be an in-between,” she explained in a recent interview featured below. “It was going to be all or nothing. If you’re on tour, you’re up really late, you’re carrying things, you’re performing, you get this crazy adrenaline high, you get off the stage, everybody and their mom offers to buy you a drink, and you’re like ‘Yeah, I feel crazy, I would love to relax and share a drink with you at this place that has tons of alcohol,’ and then you want more after you pack up and get on the bus or get to your hotel because your day is over. And then you wake up and you’re a little hung over and you have a huge day ahead of you, so after sound check you might want a beer. That’s no way to live.”

Last Friday—almost a year and a half after nixing alcohol—Carroll released her sophomore record as Party Nails. You Don’t Have To Go Home But You Can’t Stay Here is an emotionally raw, sonically varied collection of pop songs. Some are stripped-down and guitar-driven like “Yours to Take,” others are more electronic and beat-driven like “Emeralds (On The Razor’s Edge),” and others are more atmospheric and dreamy like “Valentine.” Meanwhile, “Beer Lust” is a hypnotic dance track and “Effexor” is a shimmering indie pop jam. The album’s tightest song—“Time To Settle Down”—is its most tender, centering Carroll’s raspy, roving vocals in a spare arrangement. “My first album [2018’s Past Lives and Paychecks] was about love and money,” Belle writes on bandcamp. “This one is about booze, family and nighttime. The title comes from what they say after last call at a bar or a party, at the end of the night.”

We caught up with Carroll by phone from her home in Echo Park, where she’s been spending more time than usual due to quarantine. The LA artist spoke to us about fuckbois, sobriety, and writing and producing her new record. Check out the full interview and listen to You Don’t Have To Go Home But You Can’t Stay Here below.

American Songwriter: When did you write the songs on this record? When did you know they would become an album?

Party Nails: A couple of the songs were already written from when I was doing my first full-length. Once I put out that first full-length, I immediately started working on the second one. So there were a couple full songs and a couple of fragments until the winter of 2018, when I was on tour with Eve 6 and I was writing on the bus. I knew then that my second record was beginning to take hold.

I know you co-wrote and co-produced a few tracks. Do you approach co-writing and co-producing differently than writing or producing by yourself?

It’s so different. I feel like as an artist—and as a female artist—I was very strongly encouraged to work with people and to embrace my writer and vocalist side, which I’m certainly glad I did, but I really had to carve out time and space for myself to nurture the other parts of myself that I feel are equally important as a musician and as a creative person.

And co-producing is wonderful because of the perspective it affords you. But I will say that if you’re working with people that you don’t feel connected to it can be incredibly uncomfortable. That’s something I’ve worked hard to move away from the more that I understand what it is that I’m trying to achieve.

How did you get connected to your collaborators on this record?

My first album was basically a hodgepodge of stuff that I’d done with other people and stuff that I did totally alone. So that was a song-by-song thing, and I wrapped it all up in a self-writing and self-production bow. Then moving into the second one I created a lot of the record alone before bringing it to any co-producer. The only co-producer is Ben [Greenspan], besides the song “Take Me Somewhere,” which is a collab I did with DJ / producer [David Alexander].

The vast majority of the other songs are with Ben, and those were like 70% done before we even met. A mutual friend of ours said to me, “You need to meet Ben, I think you’ll match really well.” I was very skeptical because I was like, “You know what? Everybody has somebody that is gonna help me with my career. Everybody feels like they know the secret ingredient.”

But you don’t want to say no to a great opportunity or something that you can’t even imagine, which is what happened with Ben. I couldn’t even imagine how well we blended and the perspective that he could bring. I’m really glad that that ended up being the case. The point between 70% done and 100% done was the hardest part with the record, because you can listen to the demo and be like “Pretty much everything is here,” but the stuff that got added made it become a record instead of a demo—that’s a lot of refinement.

Some of the record’s bandcamp tags are “dance,” “nu disco,” and “rock.” Can you speak to that range?

I like making a full-length album because there is so much that is not off limits, whereas with an EP—I’ve only done one EP—it feels like everything has to make a huge statement, especially early on. You’re like, “Alright, this is me. This song’s going to be everything I’ve ever been.” So you tend to cut away the things that don’t make as strong of a first impression.

Songs like “Valentine” or “Yours to Take” are very important to me and to listeners for sure. But when you have to choose just one or two things, you’re gonna choose something more exciting than those. Dreaminess and unplugged acoustic things aren’t gonna catch a broad array of listeners as much as a more fun thing might, just by virtue of the level of excitement in the song itself. I felt that they all went together and told some sort of story together. I enjoyed what they brought to the table as part of the entire family of songs.

I have to ask if “fuckboi” was inspired by a specific fuckboi, or fuckbois in general?

Fuckbois in general, for sure. That was the first song I wrote for my first album. It was pretty much exactly the way you hear it, but for the longest time I was like “I don’t know how to make this more listenable.” Then eventually I was like, “It’s not supposed to be more listenable!” Ben really supported that. He was like, “This is super fucking weird, let’s go with that.” And I was like, “Okay!”

I actually was hanging out with my cousin who’s five years younger than me and she was talking about fuckbois—this was a few years ago—and I was like “What is a fuckboi? Can you please enlighten me, because I’m not a kid?” She told me about it and then I named this song that because I was like, “I’m pretty sure this entire song is about every type of fuckboi behavior.” Go deal with your shit! It kind of was a lot of little fragments that landed in that song and then never left.

The album closes with “Dream Closely,” which is this somber, gorgeous piano number. Why do you end on this note? What’s behind the refrain “I don’t wanna let you down?”

I think it’s a level of humility that is not really present on the rest of the album. It’s a little more grown up, but very vulnerable still. A lot of the rest of the album is about being confused or wanting to stay out even though you know that you should go home and maybe lacking a certain type of self-awareness—not being willing to say something like “I don’t want to let you down.”

For me that song was basically a moment in which I was forced to take down my guard. It was right after I stopped drinking and I heard a ballad somewhere else just in passing, and then I was like, “Oh, I need to make a ballad about this.” I sat down and chose the chords and got the whole thing happening pretty quickly.

It’s about my intimate relationships and how they change and start to get more real when you take alcohol out of the mix and start to realize all the ways that you ignored things that people tried to communicate to you. As a songwriter I tried to relate that to many, many peoples’ stories. For me it was about all the ways in which people unwittingly put that into their relationships or deal with that from other people, and the space it can put between you. Then that sadness you feel when you’re like, “I’m so sorry. I didn’t want to let you down. I really wanted to do my best for you. I was a human, and I had a bad year or a bad day.”

What led you to stop drinking?

I was completely embedded in the physical presence of alcohol all the time, mostly from touring. But in hindsight I was doing it at home too, just because it was part of my life.

The reason I stopped was because I could tell that there wasn’t going to be an in-between. It was going to be all or nothing. If you’re on tour, you’re up really late, you’re carrying things, you’re performing, you get this crazy adrenaline high, you get off the stage, everybody and their mom offers to buy you a drink, and you’re like “Yeah, I feel crazy, I would love to relax and share a drink with you at this place that has tons of alcohol,” and then you want more after you pack up and get on the bus or get to your hotel because your day is over. And then you wake up and you’re a little hung over and you have a huge day ahead of you, so after sound check you might want a beer.

That’s no way to live. It’s a poison for your body. I just kind of had to make that choice. I’m really grateful that the people in my life. I feel surrounded by love, and I feel very lucky to have great relationships. And I’ve learned things like, “Oh, even when I don’t drink I’m super talkative and I overshare—that has nothing to do with alcohol.” So there are things that you learn! But I knew I would reach that point by the time I was 29 or 30. I just kind of knew it. So I was like, “Right, we’re there now. Let’s do that.”

You Don’t Have To Go Home But You Can’t Stay Here is out now. 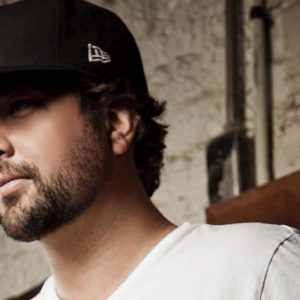 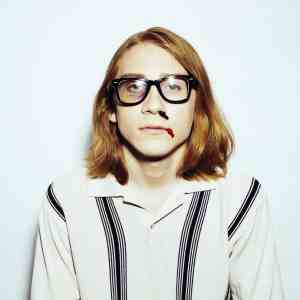