Dallas Davidson is one of Nashville’s most successful songwriters of the past 20 years, with hundreds of songs recorded by some of the biggest names of this millennium, like Tim McGraw, Lady GaGa, Luke Bryan and dozens more. He already had a catalog to kill for, but with an eye toward the future of the music industry, Davidson started his own publishing company, Play It Again Music, in 2014.

Many songwriters try to start their own publishing companies with little or no business background, but Davidson had experience and education in the business world before he decided to try his hand at writing in Nashville. “I sold real estate down in Albany, Georgia before I moved to Nashville,” he told American Songwriter. “Farms, timber land and hunting tracts. I’ve always been interested in business and was a business major at UGA and Georgia Southern University.”

“I think as a songwriter you have to have as much of a business mind as a creative mind,” he said. “Success generates money, and with that comes some very important decisions. Decisions like investments and other opportunities. I felt that I had learned so much about the music business over 10+ years that my best investment would be back in the business. Opening up a publishing company was the best move for me to make at the time. That way I could continue writing songs, but also share some of my knowledge with up and coming writers. I would mentor them while at the same time writing songs with them. For many years I’ve paid attention to friends and colleagues like [Warner/Chappell Music President and CEO] Ben Vaughn, [Sony/ATV Music Publishing CEO] Rusty Gaston, and [top music attorney] Derek Crownover. Those guys are very smart people, and I’ve made a point to soak in as much as I can from them.”

“I thought if I signed writers I believed in,” he said, “and writers I genuinely wanted to write with day in and day out, it made perfect sense. Now I’ve moved my business into not only publishing, but management and master recordings. I recently signed two great artists, Walker Montgomery and Dylan Marlowe. This has been the next step for me, but again, I’m still writing songs with them.”

Davidson said that the music business of today is a totally different one than he one he broke into before digital distribution ruled. “When I first moved to town you could still make money off of album cuts. I remember getting publishing checks back then that were game changers. Say, I got two songs on Jake Owen’s album and it went platinum, and three or four songs on a Luke Bryan quadruple-platinum album. Add 10 artists that sold 250,000 each, and that added up real quick. You didn’t even have to have a single back then. Those days are gone. Streaming is better than nothing but it’s complete bullshit how small of an amount of money trickles down to the songwriters. It’s really disgraceful.”

No matter what changes the industry undergoes, Davidson still has the enthusiasm he brought with him to Nashville two decades ago. “I’m extremely blessed and am really looking forward to the next chapters in my life. Right now it’s raising my two sons and helping out some young songwriters and artists further their careers. I take nothing for granted, and am more passionate about the creative and business side of music than I’ve ever been.” 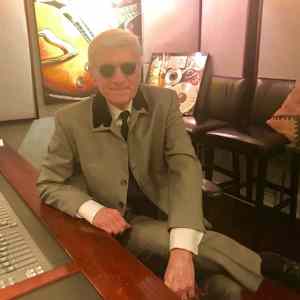 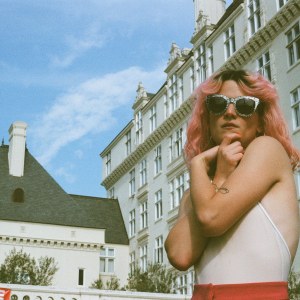