Next week, former Beatle Paul McCartney will begin an eight-show run in the U.S., including stops in five cities. He has surprised fans by inviting Brooklyn duo MGMT to be his supporting act on August 5th and 6th at Boston’s Fenway Park.

Last month, McCartney told British blogger Zoe Griffin, “I like MGMT. I’d like to work on some more dancey stuff with MGMT. But it has to happen organically. We need to talk about it. I can’t call them. If they called me, I’d say, ‘How did you get my number?’ But I’d do it.”

Either McCartney decided to make the call himself or MGMT had to explain themselves to the star as to how they found his number. Either way, the Fenway shows should present a very exciting contrast of music for fans.

While McCartney is, of course, a veteran rocker, MGMT’s 2008 Oracular Spectacular is their debut release. The album was ranked #31 on Rolling Stone’s 50 Best Albums of 2008 and has them reigning over the psychedelic-pop genre.

After Fenway, MGMT will head to Europe to perform first in Hamburg, Germany and then at the V Festival in the UK, while McCartney will go to Atlanta to play the final U.S. show in his “Memory Almost Full” tour.

McCartney recently took time to comment on the death of Michael Jackson: “It’s so sad and shocking. I feel privileged to have hung out and worked with Michael. He was a massively talented boy man with a gentle soul. His music will be remembered forever and my memories of our time together will be happy ones,” read a statement on his website. “I send my deepest sympathy to his mother and the whole family and to his countless fans all around the world.” 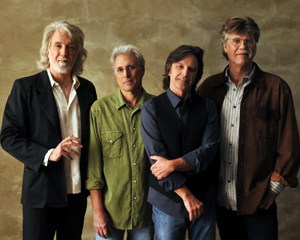