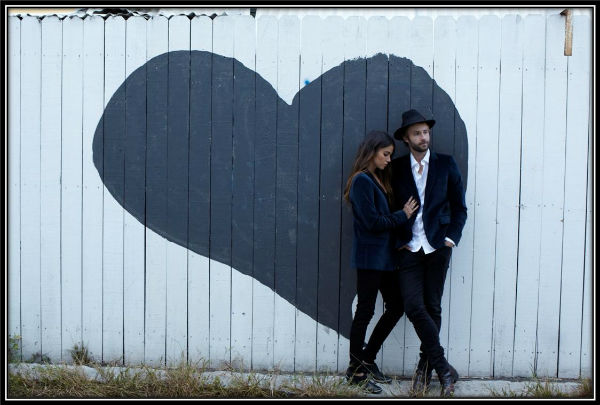 After meeting at the premiere of Red Riding Hood — she was attending the movie as a favor to director Catherine Hardwicke, who’d already cast Reed in the Twilight films, and he was there with the rest of his American Idol cast mates — the two struck up a quick romance and began writing songs together. The Best Part, their debut EP, finds the husband-and-wife duo trading harmonies over puddles of acoustic guitar and brushed percussion. Recorded in Nashville and produced by former Wilco drummer Ken Coomer, it’s a sparse, intimate EP, one that’s good enough to stand outside the long shadow of the pop-culture franchises — Twilight and American Idol— that indirectly spawned it.

We talked shop with McDonald and Reed earlier this month, after they’d finished a European promo tour.

Tell us about the first time you played music together. What did you play? How’d it go? Where were you?

Nikki: The first time we sang together was at my father’s house. We sat in the living room with my entire family and sang covers like “Atlantic City” by Bruce Springsteen and “The Weight” by The Band. Paul asked me to sing John Prine’s “Angel From Montgomery” with him, and I remember feeling extremely nervous, even though it was just my family in the room. It took everyone joining in for me to feel comfortable enough to sing along. Six months later, we released our first single “Now That I’ve Found You.”

Being in a band is a lot like being in a marriage. You guys are in both. Paul, after spending a few years in the Grand Magnolias, what’s it like to make music with someone new — your wife, no less? Does she bring out different parts of your musical personality?

Paul: Collaborating with anyone is always an intense experience, especially when what you are creating is so personal. Being in a band like the Grand Magnolias is a completely different experience than writing with Nikki, because the stuff we write together feels much more intimate. The writing process with Nikki is more about the lyrics and melody, whereas with the band I wrote the lyrics, or in some cases full songs, and they would come to me with riffs or grooves. It has actually taken some time for me to get used to singing someone else’s words. We are a great team, because I have a thousand pieces to a thousand songs I have started but haven’t finished, and Nikki loves to come in and finish them.

What’s your co-writing process like? Can you choose a song from the EP and take us through all the steps, from the initial idea that sparked the song to the actual recording process?

Nikki: With the exception of our song “All I’ve Ever Needed” [featured on the Twilight: Breaking Dawn soundtrack], which we powered out together in a room in one afternoon, most of our writing happens separately. Take, for example, “The Best Part,” which was written over the course of six months. Paul came up with the chorus for that song, and we sat in our living room together for months trying to figure out where the verses were going. We both had different lyric and melody ideas for the verses, so we decided to sit on it for a while. A few days before we went into the studio, I flew out of bed at seven  in the morning with lyrics and a melody in my head for both verses. Paul and I then sat down and came up with a bridge that fit the song. Two days later, we were tracking it in the studio.

These songs are very acoustic-based, and your harmonies are the focal point. What kind of work went into arranging the material for a full band? And what was it like to play with those great musicians?

Paul: When we wrote the songs, it was just us in a room with an acoustic guitar, so I knew that we shouldn’t stray too far from that feeling. We wanted the vibe of the music to be very organic and stripped down, so we weren’t doing anything that we couldn’t recreate live in a room. The decision to go back to Nashville to make this record was a no brainer. Ken Coomer, our producer, is someone I have worked with in the past, and I knew he would get what we were trying to do. We were lucky enough to have some of the greatest musicians in the world play with us on this record, which made the process of making it that much cooler. Dave Roe [bass], Colin Linden [guitar and dobro], Ken Coomer [drums] and John Lancaster [keys] added so much feeling to these songs. It was truly an honor to have them there with us.

Nikki, you’ve got a great voice. Is this your first record? It doesn’t sound like it.

Nikki: Wow! That’s very sweet of you to say. Yes, this is my first record. I have always loved music, and loved to sing, but was too afraid to sing for anyone. I was lost in the idea that I had to be better than the singers I admired in order to sing, and it took Paul reminding me that this wasn’t a competition for me to set aside my insecurities. I wanted to show people, that you don’t have to be the best singer to sing, because if singing is something that makes you feel good, and it inspires you to write, or learn to play an instrument, than that alone makes it worthy of being heard. If people connect with that message, than they will listen to it, and if not, it isn’t being forced on them. I just needed someone to encourage me to take my poetry and turn it into songs, and stop letting my fear of being judged get in the way of my desire to be creative.

American Idol and Twilight are some of the biggest franchises in pop culture. They’re big, glossy, mainstream productions. The Best Part doesn’t sound glossy or poppy, though. It’s rootsy, sparse, intimate. Was there any concern that you’d be expected to do a different kind of album — a big Top 40 pop album, perhaps — and did that make it harder for you to stick to your guns?

Paul: I didn’t feel pressured to make any particular kind of music. I always write what I am feeling, and we just wanted to make something that felt good. That being said, there is nothing wrong with the big Top 40 stuff. I have learned over the past couple of years going through all of the American Idolstuff that it’s challenging for me to do what is popular just because its popular. I would rather make music that comes from my heart and hope that people connect with it.

Nikki: I am so terrified of singing, that the thought of making a mainstream pop album doesn’t seem like something I would even be capable of doing. I remember my first conversation with our producer with Ken Coomer, and he asked me what I wanted this record to sound like. I told him I needed it to sound exactly as it did when we sat down in his studio and played the songs for him live, with every vocal imperfection, and every happy accident included. Because I didn’t know how people would respond to me as a songwriter or singer, I needed to at least put out something honest, and vulnerable, so that aspect couldn’t be criticized [even] if everything else was. I don’t know how to write what other people want to hear; I just write. 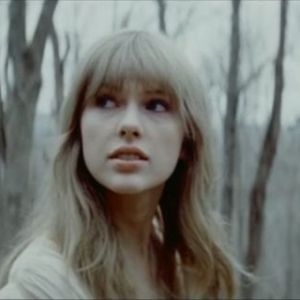