For Luther and Cody Dickinson, it all started as a part of the family business. “My brother and I grew up in a musical community and our father was a musician and producer and songwriter,” Luther Dickinson told American Songwriter about his father, Jim Dickinson. “And I always knew I wanted to play guitar. [There was] never a doubt in my mind—I could see my future in my mind.”

Despite his vision and exceptionally talented community, Luther admitted that he wasn’t a natural musician. The chords and verses just weren’t spontaneously erupting from Dickinson’s mind. But he did have one thing playing to his advantage—grit.

Dickinson kept writing and challenging his creative process until he had established himself as a songwriter. Then in 1996, Dickinson and his brother Cody officially formed the southern blues/rock band, the North Mississippi Allstars. The duo’s charming, soulful signature sound as NMA has been thoughtfully cultivated over the years since its genesis, and on January 28, the band is dropping their latest record titled Set Sail.

Set Sail comes on the heels of NMA’s Grammy-nominated 2019 album, Up and Rolling, and continues to push the group farther into the depths of their craft. “I’ve been working on these songs for years and years and years,” Dickinson said of Set Sail. And after marrying his songs with guitar and keyboard, Dickinson sent the beginnings of this record to his brother and a group of acclaimed musicians. Legends Lamar Williams Jr. and William Bell are two of the featured artists that brought this record together.

On the record, the title track was originally a song that ran for 10 minutes, but was eventually split up into two parts for the album. “I just tried to let the lyrics lead the way and not try to force everything into these shapes,” Dickinson explained. “Then before I send it to Cody, I did the slide guitar. I grabbed the cheapest guitar in the house because I had it tuned up really high… And I just grabbed the guitar, threw it down and it was like the most inspired recording I’ve ever captured.”

Also on the record, “Rabbit Foot (featuring Lamar Williams Jr.)” is a rootsy track that pays homage to the spirit and legacy of Dickinson’s father. The album as a whole, too, sounds rootsy with a “psychedelic folk” overlay that sets you in motion for a ramble through southern soul music.

But at the end of the day, Dickinson knows that this evolution of the North Mississippi Allstars is a result of his musical beginnings with his brother. “We grew up in studios, and with the studio culture and mindset,” he said. “So what I’m proudest of is Cody. Like his playing, his interpretations of these songs on the drums were so amazing.

“Then not only did Cody play the music so beautifully, he made the whole record tirelessly. We did like, oh man, I don’t know—16 mixes of Set Sail. It was crazy, [he made it] tirelessly without ego, and the patience that he exercised—because we were mixing from afar—and I just think he did a fantastic job.”

Listen to Set Sail by the North Mississippi Allstars below, or pre-order the record here. 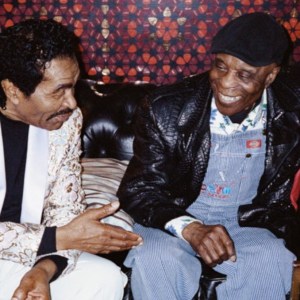 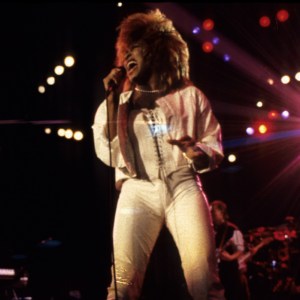