American songwriter Paul Williams has touched a lot of hearts through his work in music. But beyond his better-known songs with groups like Daft Punk or The Carpenters, Williams has worked extensively with Jim Henson’s Muppet Studios, writing songs for The Muppet Movie, The Muppet Christmas Carol and Emmet Otter’s Jug Band Christmas. Each movie offers the signature Jim Henson kindhearted comfort mixed with wisecracking camaraderie and Williams songs often stand at the center of that vibe.

American Songwriter: When were you asked to write the songs for the movie?
Paul Williams: I was pretty successful at that time as a songwriter, I was having a batch of hits. I was on television and showing off whenever they asked me. I became better at showing off than showing up, I always said. But on the road with my band, we loved the Muppets. ‘Sesame Street’— I remember Jim’s work on the Ed Sullivan show. But on the road, you’re waking up in the middle of some little town in Kentucky or Ohio or somewhere and in the morning, you’d raise up and open one eye and you’d look at the TV that was on from the night before and all of a sudden, there’s Bert and Ernie or Animal.

The level of sweetness and the edgy humor, we just loved it. Everybody was a total fan in the band, including me. So when I was asked to go to England to shoot the Muppet show as a guest, it was a real treat. And Jim and I just hit it off. He eventually brought up working together and said, ‘Look, we’re going to shoot a special for HBO in Toronto. It’s from a children’s book called, Emmet Otter’s Jug Band Christmas. Would you do the songs?’

And it doesn’t get much better than that. I look at the songs now and they’re very Americana. The songs just poured out of me. The two tasks that I cling to when given a project like that are to show the inner-life of the characters and the second is to move the story along. A lot of songwriters try to write hit songs when they’re given a chance to write for a musical. I’ve done it myself. But that doesn’t work.

To be around the Muppet performers, and especially Jim—I think he had an energy about him. He had an affect of opening the heart and all of a sudden I’m writing songs —I mean, ‘When the River Meets the Sea.’ It sounds like an old gospel hymn. I never thought that I would hear it performed at Jim’s memorial. I had no idea that was going to happen so quickly.

I think part of what was happening with Emmet Otter’s Jug Band Christmas was that I was maybe being auditioned to see if I was going to be the right fit for The Muppet Movie. I really thought Joe Raposo would do the songs for The Muppet Movie. He was so good and so in touch with that Muppet DNA. But I think I am too. I think there’s something about the way they connect, which is childlike and edgy. I just have to say that my favorite character of all the Muppets and I think the one that I feel most like, probably is Gonzo. But, anyway, it was just a remarkable sense of amazement from the early beginning.

AS: Let’s go through the songs in Emmet Otter’s Jug Band Christmas. What do you remember about the song, “The Bathing Suit That Grandma Otter Wore?”
PW: Well, you know, a couple of the songs—the titles are actually in the book. It’s just like taking it to the extreme, you know? How big was that bathing suit?

‘Long, long ago /There lived a lady /Simple but elegant as any on the shore /She was known for her generous silhouette, and yet, she was known even more for the bathing suit she wore.’

Again, it’s tapping into something that is purely born from the characters. But it’s interesting because it’s like writing for the characters, but there’s sort of a shadow of these amazing creative minds that I think just by osmosis take me to a certain place where I can write something like, ‘Once a pirate tried to steal it, it was rumored he was gonna use it for a pirate sail‘ I mean, where does something like that come from? I don’t know. I think that there’s a sense of safety. It’s odd to be talking about that, but there is a sense of when you’re working with somebody that you admire that much, there are two places you can go. One is where you just go, ‘Oh, Jesus, how am I going to do this? This is the Muppets. I love the Muppets.’ Or the other place is that you just dial into that sense of what fits and it’s sweet and it has the elegance of kindness but it also has an edge to it.

AS: What was the story behind the song, “Ain’t No Hole in the Washtub”?
PW: Well, again, it’s interesting because you’re writing two songs. You’re writing a song that has two thoughts in it. One is the playfulness of the relationship between Emmet and his mom, how their lives revolve around these two objects that are their source of sustenance. If there ain’t no hole in the washtub, you can survive. I think the whole point of the song is to illustrate that this is beyond a valued object in the house. This is what keeps them alive. You get the size of the plunge, the depth of the commitment in the belief that you’re going to win and that everything’s going to turn out alright—you realize what a huge step that is. And what a dangerous step it is.

AS: What about “Our World / Brothers”?
PW: I think the thing I’m most proud of in Emmet Otter is the way the two songs fit together at the end. With ‘We’re closer now than ever before… how much alike we are, we must be long lost brothers.‘ I wrote one of them with a space to answer—have you ever heard Jim James sing that with ‘My Morning Jacket?’

AS: I haven’t but I’ll look it up after we talk.
PW: Oh my god, it’s one of the best recordings of my songs in my lifetime. ‘Jim James’ and “My Morning Jacket’ from Muppets: The Green Album—it’s the complete ending song, with the two parts together and it sounds like a Beatles cut. It’s just stunning what they did with it.

AS: What about the great song, “Bar-B-Que”?
PW: My favorite line in there is, ‘Barbecue / Lifts my spirits / I swear it never fails /And the sauce mama makes will stay there forever if you dare to get it under your nails.’ That’s straight out of my childhood. My dad was a construction worker who was working from job to job to job and there were our Sunday picnics for all the construction workers and all. Always barbecue and sauce that was just deadly. It was so delicious, but a spot of my mom’s barbecue sauce on a white t-shirt would be there for the life of that t-shirt. You could never quite get it out.

When I sit down to write a song and I’m writing the song by myself, it’s always a play well with others situation. Because I love the characters that I’m writing for. How could you not love Ma and Emmet? The thing is that’s all so wonderful about those jobs, those songs and those characters is that there are pieces of this show that will stay with me forever. They become part of our family lexicon.

If we see some absolute ass on television doing something just rude and dangerous and these days that happens a bunch, you can’t believe how stunningly cruel someone will be. We’ll look at each other and say, ‘He seems nice…'[Laughs]. Like Charlie in the tree house, ‘He seems nice.’ And the line, ‘Do you think they got mashed potatoes?,” is part of the family lexicon. It’s like, if we have to make an adjustment and we’re not doing something we wanted to do but we’re going to do something else, we say, ‘Think they’ve got mashed potatoes?’ It just becomes a part of your life. But I think the relationship—the ‘plays well with others’—may be an edge of a kind of madness but it’s so wonderfully playful to be writing songs for these characters. They’re right there with me while we’re writing. But that’s the sort of thing if you’d admit to, there was a time that they’d lock you up!

AS: How about the story behind the beautiful song, “When the River Meets the Sea”?
PW: I think the title is in the book. I think there’s kind of a Stephen Foster—I’m not sure exactly how to describe it. There is a place musically that is so deep in our own musical history in this country and around the world. But for American composers like a Stephen Foster—or if you listen to Randy Newman’s songs, some of his early songs seemed to be so inspired by that kind of old Kentucky home. There’s something in that that is comforting. When you think about death, the line that comes to mind, I don’t know if my dad said it or if I thought it and gave him credit for it, but I’ve always said that my dad said, ‘The greatest tribute to the mind of man was that we had conceived of infinity and our own death and had not gone mad.’ What is the antidote to that madness or that fear is a sense of comfort. This is nature at its best because it gives us the thought of a life that continues. When the river meets the sea, the water doesn’t stop being water. It becomes a larger body of water. That’s my own consciousness. I seem to write about lives continuing and multiple lives a lot.

AS: It can be hard to have language for death. The movie Soul recently offered language and imagery for death, which can be helpful. And your song, “When the River Meets the Sea” is another one. So, thank you for that.
PW: It’s interesting because the longer I’m alive the more I recognize that it’s just a real gift that, again, there is a tuning to a relationship that I think is the beginning of the music. The way I would feel around Jim, to have a conversation with him and Frank Oz. I just got a beautiful email from Frank Oz. He watched Emmet again and we both kind of reveled in—first of all, I was so complimented that he would write me about it at all. He’s just a wonderful friend. I remember having conversations with Jim and Frank where they would have Kermit and Piggy with them on their arms and there are five of us in that conversation. Frank is the sweetest most loving man and kind and Jim was a sweetheart. And Piggy would say things to me that I cannot repeat [Laughs]. So, there’s a harmonic to the relationship that is music before it emerges as a song. 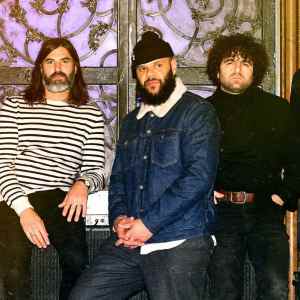