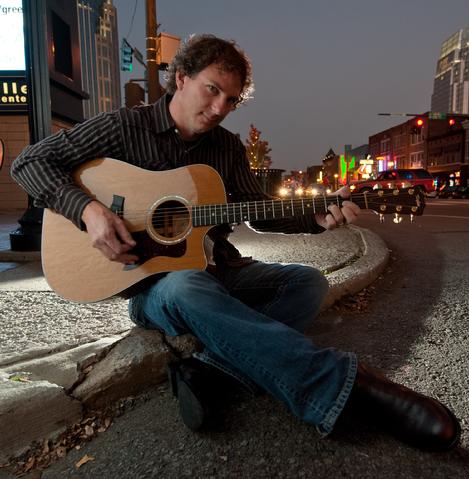 Hundreds of new songwriter wannabes pull into Nashville every month. Then they either put down roots and spend the next few years trying to get better and figure out how the system works, or they pack up and head home when they run out of money to tell their families and friends how horribly political the music business is.

Giving up, though, yields nothing, while persistence can pay off. Just ask Ryan Bizarri, co-writer of the new Rodney Atkins single “Eat Sleep Love You Repeat,” which recently entered the country airplay charts. Co-written with former Capitol artist Walker Hayes, this is Bizarri’s first cut beyond what he has recorded himself. He and his wife (and sometime songwriting partner) Jennifer arrived in Nashville in 2003 from the Illinois-Iowa Quad-Cities, where they had decent jobs and strong family ties, but where artistic opportunities are limited to occasional weekend gigs. In Nashville, it wasn’t long before Bizarri became part of the ritual of co-writes and playing at the Bluebird. Now, he may have finally hit paydirt. It can take a few months for a new single to claw its way up the charts, but if “Eat Sleep Love You Repeat” is true to form for Rodney Atkins, it will chart high, maybe even hit number one. And if it doesn’t, well, Bizarri finally got a cut, and on a big-name artist to boot.

American Songwriter caught up with Bizarri, who all of a sudden is a big deal in the Midwest, in LeClaire, Iowa, where he was playing a homecoming show to a packed club of family, friends and TV cameras.

You and your wife both had college educations and solid roots back in Illinois; you were performing locally and seemingly had it made on that level. What made you decide to chuck it all and move to pursue your muse in a city you really knew very little about?

We had made several visits to Music City – including a honeymoon trip – and ended up trading our comfortable, traditional lifestyle for the challenge of accomplishing something on a big scale. When you feel like you were born to do a certain something, then sometimes what you have to do is clear. We knew we were in for a long road of sacrifices, disappointments and difficult challenges before we ever tasted success. But if you’re a music maker, it’s easy to make Nashville your home. Everyone owes it to themselves to strive be the person they see when they close their eyes and dream.

After over a decade of constant writing and “flying by the seat” – to quote one of the lines in your Rodney Atkins song – you got the news that your song was not only on hold for a fairly big star, but was cut within a few days of pitching it. What was that process?

When we wrote “Eat Sleep” on April 7th last spring, Walker and I wrote it the best we could and then called it a day. Walker pitched the demo. I was in my back yard raking leaves on April 16th when he called and said, “The kids are sleeping in the back of the van so I can’t scream but Rodney just put ‘Eat Sleep’ on hold!” I said “God Bless you Walker!” I hit my knees and cried, thanked my Lord, then got up and laughed and screamed. Just me in the back yard. The next day my wife, daughter and I were on our way home to see our families in Illinois for Easter when Walker called, this time screaming, “Dude, Rodney is cutting it right now!” We were still on a high from the hold news and it was almost like, how can anyone be any happier! I got to tell my family the good news in person, which was awesome. But it took a while for it to be released.

You seem like a relatively unassuming guy, and now you’re getting offers to write with multi-platinum writers, to sing on television…how does that translate for a now-40-year-old who’s been at it for years?

It’s the same story, new chapter though. It’s kinda like, heh, we got the first one, which is huge, can we do it again? Age doesn’t have much to do with it except that I have a wealth of experience to draw from. There are overnight successes, but most people will have to work very hard at this before success is achieved. Never give up! After years of giving it everything I had and then some, I was beginning to wonder what I was missing. My mentor Tony Arata (“The Dance”) wrote me a sweet email of congratulations, saying he was proud of me ‘cause I “stayed in the ring and kept swinging.” I also have a 10-year-old daughter, Taylor, who is watching me very carefully. I hope she learns from my successes and failures.

Obviously, your wife supports you. How important has that support been?

It’s been crucial. This has been a tough journey and Jenn has been right there with me every step of the way. Nashville can be a “No” town, and that can wear you out over time. It’s vital to be able to vent, discuss and regroup with someone, and she’s quick to point out things that I may have overlooked. She’s also been there to celebrate every victory, and that is the sweetest part. Having a supportive wife like I do is a huge plus. On the other hand, I can see where being married to someone who just didn’t get it could be a big negative.

You seem very Top 40 Country oriented. What is it about that format that has appealed to you for all these years, as opposed to the Americana shift or straight pop?

Country music speaks to my soul. It frames my life perfectly. When I was a kid, I was waking up to Alabama’s “40 Hour Week” on the alarm clock radio as my dad fired up his ‘78 Super Cab Ford to drive off to work to weld combines at International Harvester in East Moline, Illinois. I have a family tradition of campfires and guitars where my dad, aunts and uncles played songs like John Denver’s “Thank God I’m A Country Boy” and Kenny Rogers’ “Lucille.” From the minute I pressed “play” on Garth Brooks’ “Ropin’ the Wind” CD and heard that D chord that led into “Against the Grain,” I knew my future would be music – country music. 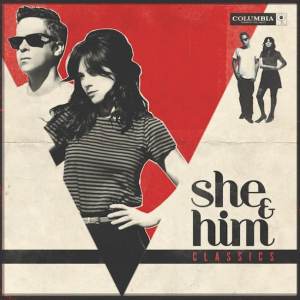 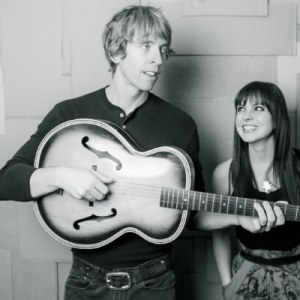