Each year, Pete Bernhard, front man for the Santa Cruz-born Americana group, The Devil Makes Three, likes to celebrate the unofficial national cannabis holiday – April 20th – with his band. Often, the trio likes to release limited edition merchandise to commemorate the occasion. But this year, Bernhard went above and beyond the annual call of duty. Since much of his music life has been put on hold due to the Coronavirus pandemic, Bernhard decided to devote his resources to releasing a new solo record on the holiday, Harmony Ascension Division, an album that sits very much in the tradition of timeless American blues and folks LPs.

“It’s been one of the only real positive things about the forced time of unemployment,” Bernhard says. “The record was a project that I’d had on the back burner for a while, not because it didn’t feel important but because I wasn’t able to find the time to put it out.”

Bernhard, who rose to popularity with his group in the early 2000s with the release of their whiskey-infused hit single, “Old Number Seven,” on the band’s self-titled debut, says he wrote the songs for Harmony Ascension Division during one recording session. While this was an unusual method for the songwriter, it worked. Usually, Bernhard says, he goes into the studio with a number of songs that he refines. This time, it was just some loose ideas and a head of steam.

“Most of the songs I wrote in the same session while recording this record,” Bernhard says, “which is rare for me. Usually, I’ll have a lot of songs lying around and I’ll usually woodshop them. With this record, I went in with a bunch of ideas and I said, ‘I’m not coming out until I have an album!’”

Harmony Ascension Division is named after two important locations from Bernhard’s life. Harmony refers to a parking lot in his hometown where he spent a lot of time as a kid and, later in his life, while living in Olympia, Washington, Bernhard lived in a house on the corner of Ascension and Division streets. The 9-track album, which Bernhard says was a joy to make, is full of narrative songs that harken back to Bernhard’s past – people he grew up with, lessons hard-learned. Standouts include the hip-shaking “Long Night” and reflective “Dancin’.”

“I’ve always loved these little looks into somebody’s life,” Bernhard says. “It doesn’t have to have that huge gravity of a book. It can be more like a couple of photos.”

That Bernhard’s music came out in the vein of traditional American folk music should be no surprise given his formative years. Bernhard, who grew up in a musical family, got a guitar at 12-years-old and his father began giving him lessons. He started writing songs not long after and trying them out in open mics at around 15-years-old, banging the stage freight out of his voice and fingers early on. Later, Bernhard left home and traveled the country, landing in towns like Nashville, Olympia and, later, Santa Cruz, where The Devil Makes Three, which also includes Lucia Turino on bass and Cooper McBean on guitar, began its journey with its 2002 debut record.

“We recorded that record in a home studio in the Santa Cruz Mountains,” Bernhard says. “We were just having a blast. We didn’t have any idea that people would like it as much as they did. Then we started to tour and we released we could tour and not work other jobs. That was a huge thing for us at the time.”

Now, however, for Bernhard and his band mates, the future is much less certain than after their successful debut record release. Though, of course, it’s through no fault of their own. These days, because the three band members don’t all live together or even in the same town, there is little they can do to write or record new material given social distancing orders. So, Bernhard finds himself often playing solo, trying, like the many other musicians in the world, to get by day-by-day in an era of uncertainty.

“Even if things go back to normal, we’re not going back to normal for a while,” Bernhard says, referring to musicians or, really, anyone who requires a crowd to perform in front of to make a buck. “My year is cancelled. Who knows what next year holds.”

But Bernhard, who has been playing music professionally for over 18 years, has not given up hope – not by a long shot. In fact, music, perhaps more than anything else (even whiskey!) can help in this troubling time. For music can transport, the songwriter says. 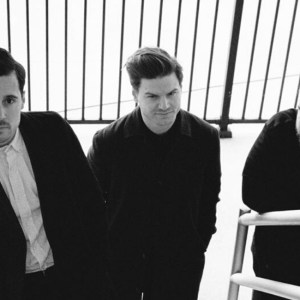 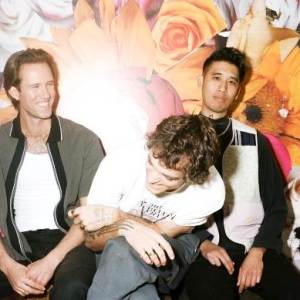