This article originally appeared in the March/April 1992 edition of American Songwriter.

From the perspective of his rich and distinctive musical career, Pete Seeger, 72, is writing a new book on songwriting. “I was going to call it, “A Songwriter As A Joiner,” he says. “It’s a pun because I’ve joined various things throughout my life. Beethoven say, ‘I’m a joiner.’ He was also a cabinet-maker dove-tailing planks together.”

There is much an aspiring songwriter can learn from this contemporary sage of folk music and social activism. He spent several decades traveling the countryside, honing his talents and composing vintage as well as timeless and visionary songs. His traveling companion was often the great American songwriter, Woody Guthrie. From early 40s through the late 50s, they performed together in clubs, schools and work camps.

Seeger benefited from the influence of his father, Charles Seeger, an ethnomusicologist. His father felt that the greatest songs are a combination of great melodies, rhythms, and words. But, Seeger takes his father’s theory one step further.

“I think in some songs, one thing or another becomes the most important element,” he explains. “Take a famous song, “Oh Suzanna!” It would be hard to imagine that song without a strong beat.

“Although I’ve admired a few professionals like Gershwin,” Seeger continues, “I have to admit that my favorite songs have been put together by amateurs. My father used to say, ‘Most folk music is the product of plagiarism.’ That’s what I learned from Woody Guthrie. You borrow a tune here, then change it a little bit. You borrow some words there. Then add to them. You don’t claim to be original.”

Seeger’s mother was an accomplished violinist and a highly respected violin teacher. She often encouraged him to study music.

“Both of my parents had a great deal of training,” he says, “but I stayed away from it as long as I could. Music schools tend to lead you away from something very important—the use of memory. Have you heard the Nashville answer to the question ‘Can you read music?’ They say ‘Not enough to hurt my playing’.”

There is a tremendous influx of eager singer/songwriters in the popular world of performing and recording. Seeger claims there’s “no one around like Woody.” But, there are hundreds who are “working along the same lines as Woody.” He explains: “They say, ‘I don’t care if anyone makes a hit record. I don’t even care if I’m ever famous. I just want to keep writing songs.’

“I’m a strong believer in the old saying that ‘apex of the pyramid is as high as the base is broad.’ If you’ve got a lot of people writing songs, you’re more liable to get some good songs. Any body can write a third rate song, but, if there’s one where people say, ‘Hey, give the words to that, I’ve really got to learn it,’ then it’s a good song.”

Seeger maintains that it is important for songwriters to sing other artist’s compositions. Occasionally he performs songs written by friends like Leadbelly, Malvina Reynolds or Guthrie. He also enjoys singing John Fogerty’s “Rolling On A River” or Bob Dylan’s “It’s A Hard Rain.”

“I hear a new song almost by accident, when I’m standing in the wings as I did last year when I did a program with Suzanne Vega,” he says. “I was admiring her songwriting talents because she captures the contradictions of life. Often what makes great art is its apparent contradictions. This, I think is the beginning of trying to attain truth in anything, and truth is rarely a simple thing.”

When asked if the best songs are written in cycles, Seeger looks pensive and replies, “I guess everything comes in cycles. A person falls in love and before he knows it, he’s written a cycle of love songs. The Depression came along and a whole batch of depression songs get written, such as hard luck blues and so on…Even religious songs will be written with hard times in mind.”

And what makes a successful song? “One of the most important things an artist must do is to connect with their audience,” he replies. “A little lullaby I wrote, “One Grain Of Sand,” is a long slow song. The only purpose of it is to put a baby to sleep. If it is a successful song, the baby goes to sleep.”

“Abiyoyo,” one of Seeger’s most successful children’s songs, is included on his recent cassette tape, Pete Seeger Children’s Concert At Town Hall. The song is popular because of its Bantu rhythm and attention grabbing, lyrical story. It’s about a brave young boy who tames a giant by singing a song about him and playing the ukulele.

“The song worked,” Seeger says, “but I’m not good enough with the words. I’m not good enough writing stories, really; a beginning, a middle, and an end. I don’t think of enough surprises. I don’t get the subtleties. I’ve been trying to write a sequel to it for 30 years, and I haven’t succeeded.”

Seeger wrote two of his earliest successful songs before serving in the U.S. Army during World War II. “I was in the U.S. Army for three and a half years. Before I went in, I wrote an angry song against joining the army called, “C For Conscription.” It was a take-off on the Jimmy Rogers’s song,” T For Texas, T For Tennessee.” I was convinced as others were, tat bombs and guns would stop Hitler before he would have the world under his fingertips. The crazy is that he would have gotten himself assassinated sooner or later, as most such people do. I also write the song, “Dear Mr. President,” without mentioning Mr. Roosevelt’s name. It’s a kind of rap song. They called it talking blues in those days.”

Songs penned by Seeger such as “Turn, Turn, Turn’ “If I Had A Hammer,” and “Bells Of Rhymney,” were popular in the 60s because of their widespread appeal. Seeger says, “Sometimes the most universal stories are the most private kinds of almost unique things. F. Scott Fitzgerald put it this way. He said, ‘If you try and create a true individual character, and if you do a great job, you will create a type.’ “Hamlet” was the story of one hesitant prince, that has become almost a world wide synonym for ‘the person who hesitates, is lost’.”

As an artist who has persevered, Seeger admits that 99 percent of the time it is difficult to complete a song. “What I do, is try to sing it for people who will put up with something that is half-finished. Some songs have been so difficult that I never get them finished.”

Sometimes Seeger gets his ideas while traveling. “A pocket notebook is one of my main techniques,” he says. “If I’m sitting on a plane or train, with nothing to do, I’ll leaf through it and see what’s there. I’ll read a headline in the newspaper and I’ll say, ‘That really hit the nail on the head,’ and suddenly I’ll start getting a tune or a rhythm for those few words. If I’m lucky, I’ll say ‘By gosh, that will make a good refrain for a song!’

“Ideas come to me in early morning or late in the evening,” he continues. “I’ll have an idea for a phrase which gnaws at me and I’ll jot it down. Then I’ll get another. Sometimes an old melody will stick with me when the rest of it doesn’t There’s a famous Irish songwriter, O’Carolan, who wrote a very unusual series of notes that starts on the third note of the high octave. It goes E to G, D to F, C to E, and D to a low C,” he laughs enthusiastically. “That phrase is so unusual that numerous singers that love a good melody have latched on to it.”

Just as the lean and lanky, blue-eyed Seeger is a concerned and active citizen in his community, he is also a ‘joiner’ in world causes. “I’m still looking for songs that will help the human race get together,” he says. “Sometimes this involves being quite specific about a job that needs to be done, such as condemning a war. I was recently singing songs against the slaughter in Iraq. I couldn’t believe my eyes reading the headlines each day, as huge numbers of bombs were dropped with pin-point precision. In spite of that pin-point precision, huge numbers of Iraqi people were dying as a result of the war.

“I’m still convinced as I was 50 years ago,” he concludes, “that if there’s a world here hundreds of years from now, one of the reasons will be because songwriters used whatever talents they had, trying to bring our quarreling race together.” 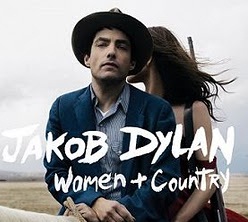 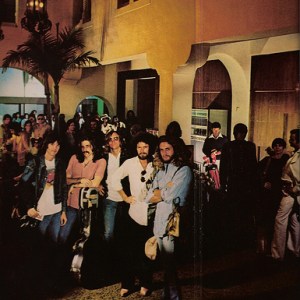