While many 91-year-olds might be more concerned with keeping the kids off their lawn, Pete Seeger has been spending some time with the wee ones in the studio.

July 27th marks the release date of Tomorrow’s Children, Seeger’s latest album on Appleseed Recordings, which features not only the legendary folksinger, but a group of fourth-graders called “The Rivertown Kids,” among others.

“The future of the entire human race lies in the hands of children so I felt this was an important collaboration,” Seeger said. The idea for the album came about after Seeger became a regular visitor to a fourth-grade class in Beacon, New York, in 2007, where in-class performances evolved into material for the studio.

The album is comprised of nineteen tracks, including the newly-written, environmentally conscious song “Solartopia,” as well as others like “Down by the River” and “The River that Flows Both Way,” adapted for Tomorrow’s Children. The Rivertown kids also had a hand in writing and adapting songs for the album, like “We Sing Out” and “We Shall Not Be Moved.”

Of the experience, Seeger said, “it’s the most inspiring thing I’ve ever done.”

Tomorrow’s Children comes as a follow-up to 2008’s At 89, which won a Grammy for Best Traditional Folk Album. 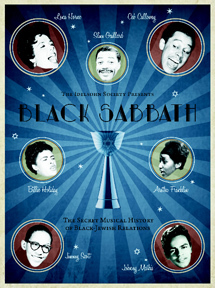