With Endless Play, which just came out in December, Swedish indie rock trio Peter Bjorn and John are establishing something of a pattern. This isn’t the first time they’ve put out an EP on which each song is written by a different band member, and released soon after their latest full-length studio album.

“We did a similar thing after [2018’s] Darker Days—we did an EP [in 2019] called EPBJ with three songs,” says vocalist/guitarist Peter Morén, calling from his home in Stockholm. “It’s like that concept of doing an encore. It’s part of the same family as the album. This is the same thing with Endless Play. It’s songs that could have been on the album,” he says, referring to Endless Dream, which the band released in March. This new EP’s songs have “the same themes and it’s written around the same time—it’s just that we finished them a bit later.”

The members’ individualized songwriting method carried over into the way each song was produced, Morén says. “The song that you brought in, you were in charge of the production and the end result, but then we’d still utilize each other as musicians and sounding boards. You bring in the other guys and let them improvise and play something and then you pick what you like. So it’s just an easier way to finish songs, we thought.”

Coming together as a group to fine-tune and perform the tracks gives Endless Play cohesiveness despite the songs’ separate origins, and Morén says it also helps that the band members know each other so well by now. “We’ve been a band for 20 years, so obviously you’re very influenced by each other—by how the other people play and what their tastes are like,” he says, “so you might not bring in songs that you think they wouldn’t like.”

Morén’s song on the EP, “Season of Defiance,” became very different once he brought it to the other members. Originally, he says, he wrote it as a “lyrical-driven folky song,” and it also had a different time signature. The finished track is a pop song that fits in with the rest of the Peter Bjorn and John catalog.

Both the Endless Dream album and the Endless Play EP have a common theme, which was, “Yeah, maybe there’s a lot of shit going on, but there’s still stuff to look forward to,” Morén says. “It’s important to have dreams and it’s important to stand up against the bad stuff, whether it’s physically or more mentally. It’s like a mindset of trying to avoid digging your own hole.”

Surviving the ups and downs seems like something Peter Bjorn and John’s members must understand well, given that they’ve been together for two decades—but Morén is amused at the suggestion that they’ve found the key to longevity. “Well, it might stop tomorrow—who knows?” he says with a laugh.

Pressed further, though, Morén says he thinks the members’ continuing interest in exploring all kinds of music has helped them last as a band. “We’re all curious and we all listen to and enjoy very different types of music,” he says. “I think that’s important, that when you get home you might be listening to something that’s completely apart from what you do yourself, but you still might learn something from it.”

It also helps, Morén says, that “We have similar backgrounds in the band—we all grew up in really small villages in rural Sweden, like middle of nowhere. So that’s a common thing we have. And we all did music from really early on.”

After starting out on the violin, Morén changed directions after becoming drawn to pop music when he was ten years old. “My mother had an old guitar standing in the corner that she couldn’t even tune, and I couldn’t tune it, either,” he says, “but I managed to learn a couple of chords, and immediately I started writing songs.”

Morén recalls the first song he wrote in English (when he was still only ten years old): “It was called ‘The Darkest Place.’ I think the chorus was, ‘Please don’t let me shine like a shadow in the darkest place in the world.‘” He agrees that this seems pretty poetic and deep for someone so young, though he cheerfully adds, “But I mean, you don’t know the rest of this song. That’s the good sentence.”

Morén attended a performing arts high school, where he met bassist Bjorn Yttling. Recognizing that they shared similar musical tastes, they soon formed their first band. After graduating, they moved to Stockholm, where they recruited drummer John Eriksson after seeing him at Elliott Smith and Sebadoh concerts.

The band released a self-titled debut album in 2002, then Falling Out in 2004, but they finally broke through to international success with their 2006 album, Writer’s Block, which featured the hit “Young Folks.” That song, with its instantly memorable whistled melody, remains the band’s signature song.

Morén admits that his enthusiasm for playing the band’s hits comes and goes. “I mean, there’s definitely periods when you’re tired of ‘Young Folks,’ for instance,” he says, “but then some time goes by, and then you’re not tired anymore, and then it’s fun again. It also depends on how the show is in general. If you really enjoy the show, then you’ll probably enjoy playing that song, too. So it’s all about circumstances; it’s not really about individual songs.”

Like other bands, Peter Bjorn and John have cancelled their concerts because of the pandemic, but Morén hopes that they’ll be able to get back on the road in 2021. “Live shows have been getting more and more fun every year, so hope we can do it again,” he says. Until then, fans can find some solace in Endless Play and its message of strength and defiance. 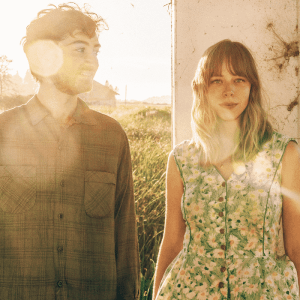 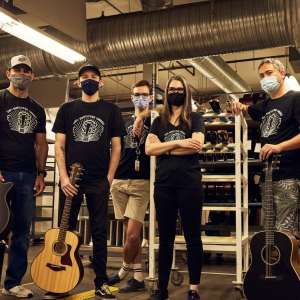