Over the course of five albums in a stretch from 2006 to 2014, The Antlers forged an identity as one of the most striking art-rock bands, with lead singer Peter Silberman’s intensely personal narratives married to musical structures that could go from hushed to harrowing in a flash. But for the last seven years, the band has been quiet, in part because quiet was just what Silberman required.

Silberman endured a sudden, debilitating hearing issue that put the band on the back burner for a bit. When he retreated to the relative calm of upstate New York and was able to start making music again with Antlers drummer Michael Lerner, he gravitated to gentler ideas. The resulting album, Green to Gold (out March 26), still contains the familiar Antlers’ musical inventiveness. Only now it’s in service of a calming atmosphere that suits Silberman’s musings on how the changing seasons in nature mirror the cycles of human existence from joy to tragedy.

Silberman sat down with American Songwriter to talk about Green to Gold, discussing his reaction to his hearing problems, his desire for consistency on the album, and why soothing music never goes out of style.

American Songwriter: When your hearing problems hit, how worried were you that you might not be able to make music again?

Peter Silberman: I was definitely pretty frightened of that prospect. At the time that happened, we had just finished our last album, Familiars, and we were preparing to go out and tour it for the next however-long, year, year-and-a-half. At the start of that whole incident, we were maybe a month or two away from heading out on the road. I really did not know what was going to happen. Over the course of several weeks, it did start to recover to the extent that I could sing again. I could play music again, just softly. I could kind of muscle my way through shows, but with ear plugs, taking precautions to not overtax my system. In reality, I probably could have benefitted from more time to recover.

AS: When you started writing, how much of the quieter nature of these songs was due to the hearing issues, and how much do you feel was just a desire for a change of artistic direction?

PS: It’s hard to say which came first and which is primarily responsible for that. I think when those hearing issues first came about, I didn’t really have a choice but to be listening to gentler music, and to be making that kind of music myself. I think I started to find, as my lifestyle was changing and as my abilities were changing as far as what I was able to listen to, what I was able to make, that it became my default mode of songwriting and production. I kind of headed in that direction and I think it suited where my head was at the time and where my tastes were headed as well. I don’t know if it was coincidence but I think the timing made sense on a couple of levels.

AS: This album sort of sets the listener up at times to expect the disquieting, even eerie moments found on your past records. But instead everything stays on more of an even, comforting keel. Are you concerned at all about the reactions of Antlers’ fans who might be expecting something else?

PS: It’s hard for me to gauge what the fans expectations are hearing new music from us, because I think there are probably a lot of them expecting to hear something they’ve heard before or something that reminds them of something that they’ve heard before. I think if you’ve been with us for the last ten years, change is really the only constant. But I think pulling that eeriness out is a pretty significant change from the record that come before it. I don’t know, I think that I am a little bit trying to set up expectations, to warn people in advance that’s not gonna come with this record.

But I think for me it had something to do with thinking about the kind of music that I listen to these days and that I tend to look for consistency of mood. I’ve come to appreciate consistent records, records that you can put on and know that it’s going to bring about a particular cluster of moods and combination of feelings. And that it won’t be jarring. I don’t want to say there won’t be surprises exactly. But I’ve listened to so many albums that I love almost every song, except for the one that is kind of completely jarring and is the anomaly amongst the rest of them. And that’s not just something that I seek out these days. I wanted to make a record that felt kind of reliable.

AS: What was the recording process like for Green to Gold, business as usual or something different?

PS: It was fairly different than past records. I engineered the record myself in my home studio, which is what I used to do back in the day, on the really early records, including Hospice. It had probably been about ten years since I had last done that, engineered a record myself. Granted, I was working with much better tools, better ears, and better skills. But it was still very much a homegrown operation.

And yet a lot more people were involved, conversely, despite working on so much of it myself. There were so many more collaborators than usual. Our drummer Michael and I worked very closely on this. He would come up to visit and we would have several days in a row of tracking and writing together. And then I would, on my own time, work on other arrangements and lyrics and melodies and chord structures and things like that. But then I had a lot of remote collaborators from all over: people we’ve toured with, people we’ve done recordings with in the past, friends. Just trying to bring in more outside instrumentation.

AS: How much did the move to a more rural atmosphere have to do with the album reflecting so much on nature, right down to the album title?

PS: I think living where I do, I’m just a bit more tuned into nature than I was when I was living in the city. And more observant of the changes that are happening between the seasons, and the seasons in between the seasons. I think that quality carries through the entire record because there is this kind of interaction with nature happening the whole time. This conversation between what’s happening on the human level and what’s happening in nature. They’re kind of mirroring each other. I think being closer to that myself, it speaks to what my life experience has been like over the last several years. And drawing those comparisons have been helpful for me to understand the things that are going on in my life.

AS: Placing those instrumentals at the start (“Strawflower”) and the end (“Equinox”) really strengthens that connection to nature.

PS: I’ve done that occasionally with past records. Hospice has an intro track, and a solo record that I made a couple years ago called Impermanence has an instrumental final track. I felt like it was a good way to establish the environment in terms of introducing the album. It’s beginning with these recordings and this kind of sunrise almost. That gives you a sense of place and a sense of season, and place within time in a year. Everything that’s happening in this album is within that context, and the closing track is almost to bring you back around to the beginning. It’s a different song technically, but I think there is a similarity between the two tracks in where they fall in the arc of the seasons. This idea of this album being a few journeys around the sun and ending up back where you began, but later in time.

AS: A lot of the narrators on this album seem to be pondering the big questions in life. Was that something that came from where you were in your own life?

PS: I think that’s something I’m doing all the time. I think it’s maybe typical of what a lot of us do in our 30s. I am kind of constantly assessing where I’m at or analyzing it or reflecting on it. And songwriting has been a good vehicle for me to explore that, to do that reflection. So, yeah, a lot of these songs and the conversations that are in the songs are pulled from my life and pulled from things that I was working through during the time that I was writing. And that was to some extent what I was going for with the album. I wanted it to encapsulate that stage of life that I happen to be in.

AS: I felt a mantra-like quality on some of the refrains on these tracks. Was that a conscious decision?

PS: It was. The solo record I mentioned earlier included a lot of mantra technique, which was kind of borne out of this realization that there’s not such a huge difference between a chorus and a refrain. And it actually helped me understand the value of a refrain or chorus, because for a little while I had kind of abandoned them in my songwriting. I recognized that their value could be in this repetitive reminder quality, this slogan to repeat to yourself over and over again. Or to listen to and have repeated to help it become ingrained a little better.

AS: Has it struck you that you just happen to be releasing this soothing album at a time when the world needs some serious soothing?

PS: Well, I think the world always needs some soothing is the reality. It’s happening so universally right now. It’s such a unique moment that everybody is affected by the same thing, affected in drastically different ways. But I think there’s been no shortage of suffering before any of this happened. And it’s been something that I’ve been trying to address across probably all albums, knowing that suffering is a fact of existence, at least as far as I understand it. It’s impossible to eliminate it, but I think speaking to it is therapeutic for people, and doing that through some sort of art can be very healing. It’s really just my attempt to try and put some healing energy into the world without any expectations of how effective it will be.

AS: How grateful are you to have this opportunity to release music again for fans of The Antlers after you nearly lost that chance for good?

PS: I’m supremely grateful for it. It took some extreme health scares to really wake me up to the temporariness of everything, and that includes making music, which has been such a constant in my life. Having the threat of that taken away from me on multiple occasions has made appreciate that I get to do it at all. And that I get to do it at this moment in time, this moment in my life, so many years later and that there’s still a supportive audience there? I can’t believe my good fortune. 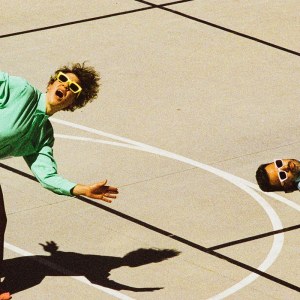 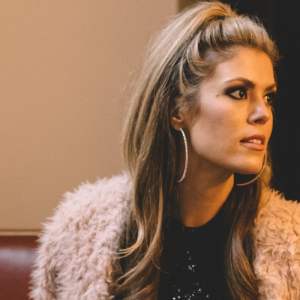