petey passed away is the latest step in the London, Ontario-based lemin.’s exciting musical career.

Influenced by the ’70s pop heard in her household, she started writing songs in private at the young age of eight years old and became adept at production around the age of 13, writing and producing her own music through high school until she was accepted to take part in Toronto’s prestigious Remix Project.

The alt-pop petey passed away is all exposed nerves and raw, deeply felt emotions, accompanied by music that carries a distinctly classic appeal while sounding utterly of-the-moment.

In her words, lemin. said, “It’s important to note that this album is not about one person or one experience.. it’s the story of a feeling – one that I’ve experienced many times in a few different relationships, and will likely continue to experience forever.”

good looks kill
this is a love song, even though it sounds so sad. to me when i love deeply, it aches, and that is the feeling this song brings up for me. (“if good looks could kill i’d be a goner, dead in the water, you’d call my father and say ‘petey passed away’”) [i am petey when im not lemin.] to me, he is the most beautiful creation, so beautiful that i could die when i look at him. this song is also where the title for the album came from because this feeling of aching, and loving so hard you’re dying, is kind of the theme of the whole project. also, i always fully write and at least co-produce all of my songs, but this specific song i wrote, produced, played guitar, and engineered entirely start to finish so it is wholly me.

when i met you (ft sean leon)
this is a song about how fickle our memories can be, especially when it comes to a relationship. memories are blurry, and can sometimes seem better or worse than reality. this song kind of follows the evolution of a relationship from the day we met and how vulnerable i was (“one dark afternoon, and i sang out of tune”) to it at its prime (“we spilled wine on the carpet but we’re still dancing, it matters more to feel you, matters more than financing and income and maybe we should save some, maybe we should keep dancing”). it’s about vulnerability, and deep love, and messes that never get clean. to me its a somber song – the relationship wouldn’t work out so there’s pain in it. (“how does it go again? i forgot the melody”) i began to forget the parts that felt so good in the beginning.

foolish paradise
a fool’s paradise is a state of enjoyment based on false hopes or illusory happiness. it’s a story built in your head when reality is much much different. i was in a fool’s paradise when i believed he was interested in me the way i was interested in him. i felt like i could be vulnerable, make the first move, but then, was rejected and felt so incredibly stupid. at the end of the song, i end up returning to my old partner because the pain of rejection from someone new was too much for me to bear (“i’ve been addicted to the ditches i’ve been living in, i’m withering, i’m giving in, i’m missing him. call my line, i’m out my mind. i’m on a flight, i’ll be there tonight.”)

inch
this song is about being so so infatuated with someone that they were all I could think about even though i knew there was no chance for us. he had a girlfriend (“how am i supposed to see you with her? how am i supposed to see you if it hurts?”). its the pain of rejection and being friend zoned (“you say i’m one of the guys but with prettier eyes. you say i’m not like the rest ‘cause i’m more like a best friend”).

zombie
i wrote this song when i was writing music all hours of the night. i work best at night when i don’t sleep. my verse is directed to any man who has ever held me back because they thought they were bigger or more important than me. its about me knowing all good things are coming my way if i keep at it.

decide
this is actually a song to myself. i’m super indecisive to the point where i’ll end up making the wrong decision or sometimes no deicion at all. it frustrates me and everyone around me. this is another song that is wholly me in terms of writing, production, engineering etc.

tv
i wrote this song on a night where the guy i was interested in told me they’d come over and bailed. i felt dumb because i got ready, put my makeup on and was waiting around for them but they never showed. i felt like they didn’t see me as a person, but rather an object to fill the bored moments of their life. but this also marks a turning point in the project / how i felt about him because in the second verse i start to feel more empowered (“keeping all my makeup on cause i’m going for a drive and i need to feel alive. i dont live for you.”) this was kind of the moment of me saying enough is enough, i’m better than this, i deserve better than this, and i don’t need to live for anyone else but me.

one brain
this song represents the feeling of acceptance realizing a relationship would never work out (“i wasn’t wrong but you’re right too”). we ate a meal together, talked as we always did, got along like we always did, but there was an unspoken understanding between us of what would never be (“face beat by streetlights, old food and new bites. it wasn’t love, it wasn’t first sight”). we both had feelings for each other, we really understood eachother, we could have been something special, but the tragedy was the timing (“in sync like one brain. what a shame.”) and we both knew it.

anymore
this is my final goodbye to a long-time lover. we had been together for so long, we had experienced so much together… too much. the magic was gone and the relationship should not carry on romantically (“we’ve got too much history. we’ve found out all mysteries about each other. lying naked under covers, trading secrets like two brothers”).

you go to my head (billie holiday cover)
this is a cover of a billie holiday song, but i felt like it really aligned with the theme of the album, especially songs like foolish paradise and inch, where i feel foolish and stupid in love. 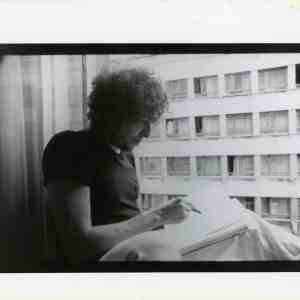 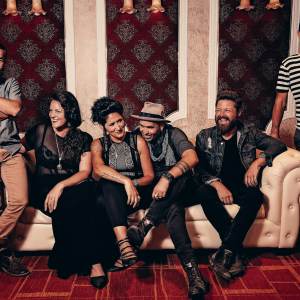