Pokey LaFarge starts off his new album at the “End Of My Rope” and ends it as just one of many “Lost In The Crowd.” In between, he goes to some pretty harrowing places, an arc which would anticipate his life not long after he wrote the songs that would comprise his new album Rock Bottom Rhapsody (he provided us with a track-by-track breakdown, too).

Luckily, he came out the other side with a new outlook on life and an amazing album.

“It wasn’t necessarily about expressing the joys of my heart,” LaFarge told American Songwriter in a recent interview. “It was more trying to release some form of pain. That’s more what this record was. And trying to convey that in a beautiful and catchy piece of music.”

LaFarge’s career has been steadily on the rise since he emerged from Illinois in the aughts as a songwriter who could weld retro musical influences (he’s thrilled when an interviewer compares him to Rick Nelson) with a wry, modern sensibility. Indeed, that man-out-of-time ethos is prevalent on the new record, with rootsy, almost innocent musical landscapes used in the service of raucous narratives like “Ain’t Coming Home” and “Fuck Me Up.”

“For me, juxtaposition has always been a huge thing,” he says. “I’ve always been fascinated with material where the music and the lyrics are almost at odds with one another. We can think of so many examples of pop tunes back in the day when they had to be a little bit more subversive. And they couldn’t be hitting you over the head because it was all about sell, sell, sell. Now, we’re so lucky because we can do anything we want these days.”

A confluence of big life changes circa early 2018 left him searching, and his quest for answers found his way into the lyrics of his new compositions. “It was an interesting moment,” he remembers. “I was moving on from my band. Moving out of St. Louis, where I‘d been living for nine years. And I had just got out of a long love relationship of about seven years. Moving on from a lot of things. Just searching in desperation for a renewed perspective but a sustainable one. And for peace. I was kind of predicting my future, and my inevitable fall from grace, if you will. Hence, the Rock Bottom. Just trying to write myself through that and write myself out of it and hoping that the songs would heal me.”

“That was sort of the problem, not really wanting to face it. You can only write so much and singing can only make you feel so much better before you gotta go chase the broads and drink your ass off. It was the end of my rope. That’s why we started the record with it. The first verse says it all: ‘Growing up was easy for some but not me, and getting older is the same old story.’ There’s a line in there ‘I’m a long way from normal,’ which, of course, has a double meaning because I’m from Normal, Illinois.”

Lest you think that Rock Bottom Rhapsody is all dark-night-of-the-soul stuff, LaFarge also finds room on the record for the unabashedly romantic “Lucky Sometimes,” a torch song that would have fit Sinatra. The song features a string arrangement, from which LaFarge and producer Chris Seefried took unused parts and wove them together throughout the album as a kind of mournful motif, tying the record together beautifully.

The fact that LaFarge was living in Los Angeles for the first time also found its way into the record, especially on the haunting closing track “Lost In The Crowd.” “It was the first time that I’d ever lived in a big city like that. It’s amazing the anonymity that can come from living in a huge city. The more people you’re around, the more lonely you feel. And I certainly found it very easy to isolate myself in that big city. Life goes on, and people find distractions. And then you see that manifested in the overwhelming homeless population there.”

“That was the impetus for ‘Lost In The Crowd.’ It’s like a moth to the flame, people grabbing for distractions so they don’t have to face themselves. It’s why we live in a big city to an extent. And yet we have these homeless people that are just sitting there in the streets baking in the sun, just completely misunderstood, with no resources. While Ken and Barbie go around in their brand new cars and their $200 face products. You know, good for them. I hope they worked hard for it. But I just hope they share.”

LaFarge is forthright about where his head was at as Rock Bottom Rhapsody began to germinate. “In the past, maybe I didn’t cope with some of the pain that I was dealing with and longstanding issues that maybe developed as a result of that pain. And, therefore, I learned to cope with that in an unhealthy way and then developed habits as a result of that: drugs, alcohol, women, and just carving these neural pathways of darkness and negativity.”

“For me, this record, writing it was a matter of desperation. And feeling really pulled in multiple directions, the light and the dark, up, down, left, right, love, monogamy, sloth, gluttony. It’s kind of a wonder I was able to get the fucking thing, to even write those songs.”

Regardless of how it happened, the bottom line is that LaFarge came through it and is now excited for what comes next. But he hopes that his new album serves a bigger purpose than just being a standout in his burgeoning catalog. “Hopefully, going forward, I can look back on this record and say that was a dark time but I survived it,” he muses. “And that the record will hopefully help some people and some of the things I say will maybe encourage people to go and get help and talk to somebody when they’re in pain. To be vulnerable and to establish and deepen those connections with people, all in the name of honesty and your own health and the betterment of the world. 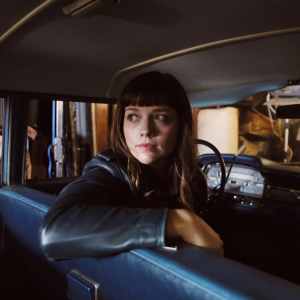 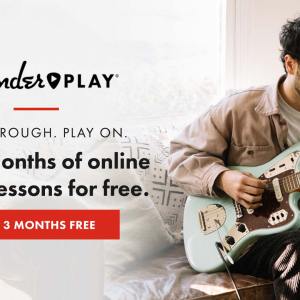