For Alec Ounsworth, front man and principal songwriter for the indie rock band, Clap Your Hands Say Yeah, the past four years have been beset by turmoil. Some of the reasons for the recent struggles are ones that he shares with many people, including enduring the divisive contemporary American political system and the stifling COVID-19 pandemic. But others are more personal. Recently, Ounsworth went through a difficult divorce. And while many of the details obviously remain private, what the artist does say about the experience is that it mirrored, in some ways, what he’s noticed in the United States of late, namely that something you believed you knew well is not actually what you thought. The catalysts for this dual-pronged epiphany have become the foundation for Clap Your Hands Say Yeah’s forthcoming album, New Fragility, which is set for release January 29th.

Ounsworth says he experienced a deep sense of alienation, both toward political leaders and with his ex-partner, in recent years. In one way, he says, experiencing this newfound distance could make one believe the “sky is falling.” But, in another way, one also has the opportunity to step back from the tough situation to reflect, improve and build a different perspective that perhaps is not so much rooted in panic as it is in a sense of patience.

“You need to recognize your own weaknesses,” Ounsworth says. “That’s a pretty key element to moving forward. The title [of the new record] is taken from a David Foster Wallace story—New Fragility. The idea is, to me, to recognize that in yourself and move forward. He didn’t mean it that way, but whatever.”

The new album is touching and vulnerable. Ounsworth talks about breaking ties, loss and the realization that maybe forfeiture was all there was to begin with. The music on the album is lovely, too. It’s sparse, selective. A few of the tracks are quite catchy, including the titular “New Fragility,” “Mirror Song” and “CYHSY, 2005.” At times, the music bounces, at others it hangs, resonant like an echoing bass clef piano chord. Ounsworth says he spends a lot of time in pre-production for the record, choosing the exact right instrumentation and composition. But he also is capable of closely editing his work, which is a skill unto itself. Doing so helps each bit remaining to standout because it’s meant to be there.

“I do a lot of things, I add a lot,” Ounsworth says. “And then I pull everything back. If I focus with less, all the better. That’s my opinion. I err on the side of removal. I think you should be able to withdraw many elements of a song and make it stand up. That, to me, is the most interesting thing.”

Ounsworth, who formed his band in the early 2000s, says that, these days, he’s even more careful about what he puts into his work. He finds himself acting more precious with the instrumentation and the composition now eight albums into his career. But perhaps that meticulousness has come with age. Maybe fifteen years with a popular band that’s toured extensively and charted on Billboard teaches one to be more creatively selective. Breakups can create walls and boundaries. Nevertheless, sometimes these divisions must fall in order to let new light in.

“There are some musicians,” Ounsworth says, “who have had very enviable careers who seem to release whatever they come up with at any given time.”

Fifteen years ago, as a new band, Clap Your Hands Say Yeah experienced success rather quickly. Ounsworth, who studied classical piano at six-years-old, grew up in a musical home. He would perform songs with his brother and sister from The Sound of Music for his parents. He’d listen to Bob Dylan records. At twelve years old, he switched from piano to jazz guitar and began to write his own demos, tinkering on them hour by hour, day by day. Ounsworth later found the music of the famed producer, Brian Eno, and became immediately inspired. He began singing at 19 years old, playing in bands around Philadelphia in small venues. He sent some of his original songs off to friends in New York City and soon he was in an over-priced rehearsal space with them tinkering some more. The new band began to play shows in the city, gain a following and after a year, or so, Clap Your Hands Say Yeah released its first record. Soon they were famous.

“I didn’t care for the fame part of things,” Ounsworth says. “All I want when I’m on tour—what I appreciate—is a hotel room with a bed and a shower.”

Indeed, for Ounsworth, the importance of the creative act seems to come from its more personal and internal transportive aspects. Success, for him, comes in new creative achievement. Ultimately that’s what’s important in any attempt of his to get something on record and then out into the world.

“Music is it’s own form of meditation,” Ounsworth says. “There are woods here in Philadelphia and I would take walks in the woods. And I felt at my most involved and most engaged then. I don’t mean to keep harping on Brian Eno, but these albums could pull me out of a situation and make me walk into a tree! What comforts you, removes you in a positive way, hopefully. I’ve always counted on music to help me out, it’s been a constant companion.” 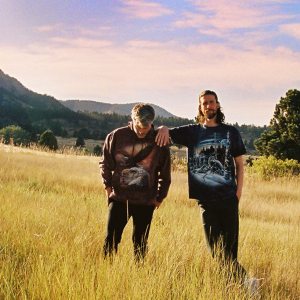 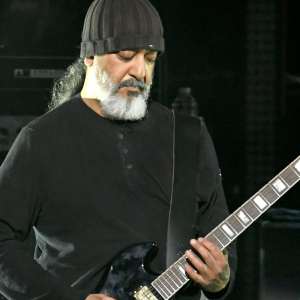