When Kim Thayil, founding member of the famed rock ‘n’ roll band Soundgarden was young, he thought he might be a scientist like his dad. Or maybe he’d grow up to be a baseball player. Later, he wanted to be a comic book or science fiction writer. Though music had a profound impact on him, it wasn’t always the professional priority. As an infant, Thayil would spontaneously laugh or cry during songs on the radio, perplexing his parents. But it was only when he got older that he began to care about making music as an ambition. On the playground, Thayil had a knack for rhymes. It became a bit of a sport between him and his friends, changing lines in television theme songs or popular tunes. A curious, though somewhat underperforming honors student, Thayil got his first guitar at 15 years old. He’d had fantasies of being famous like the Beatles, though it wasn’t very serious. But life works in mysterious ways. About a decade later, Thayil would find himself in Seattle, Washington, set to cofound one of the most important bands of the 20th century.

“Our creative chemistry was instantaneous,” Thayil says. “We just clicked. The first day we played together, we wrote two songs and we really liked the songs we wrote and we recorded them. The second day, we wrote three more songs. It was so effortless. We were laughing, giddy at how easy it was—we thought, ‘This is ridiculous!’ So, we continued.”

Soundgarden was the first of the “grunge” bands, which includes Alice in Chains, Nirvana and Pearl Jam, to sign a major label record deal. The group, fronted by versatile singer, Chris Cornell, paved the path, in many ways, for modern rock ‘n’ roll bands. But, sadly, decades later on May 18, 2017, Cornell committed suicide and passed away more than thirty years after the seminal group’s formation. It’s taken Thayil years to process his friend’s passing and, of course, it still greatly affects him today.

“I’ve saved texts between Chris and I and emails and voice messages,” Thayil says. “And, of course, we have our body of work. I can hear his voice every time I hear one of our songs, which was very difficult to do for the rest of 2017 and into 2018 and probably into 2019, too. It was just difficult.”

Sometimes a well-meaning bartender would recognize Thayil in a Seattle watering hole and throw on “Fell on Black Days” or “Black Hole Sun.” This only made the grieving harder. But there are positives for Thayil to look toward, as well—good memories, reinvestigated histories. For example, this year marks the 30th anniversary of the band’s fourth LP, Badmotorfinger. The record remains one of Soundgarden’s most significant. Five years ago, Thayil had revisited the work for its 25th anniversary. At the time, Cornell was still alive. Now, the record carries with it new meanings for the now-60-year-old Thayil.

“It changes some of the perspective,” Thayil says. “Both of the nostalgia and its sentiment. It’s a fun experience for me to relive those songs and hear things that I forgot. And to understand the songs independently from the work that went into it.”

Today, Soundgarden is in the middle of a lawsuit regarding the status and ownership of certain band and Cornell recordings. As a result, Thayil is unable to discuss the possibility that any as-of-yet unreleased Soundgarden material may one day become public. But that doesn’t stop him from reminiscing about the days playing in the group, making music and forging new futures while flying by the seats of their own likely unwashed pants. Thayil, who was born in Seattle, moved with his family to Chicago as a kid. His father was a scientist and his mother was a music teacher. Shortly after his 21st birthday, though, Thayil decided to move back to Seattle with friend and bassist, Hiro Yamamoto, who would go on to cofound Soundgarden with Thayil and Cornell. They had some friends in the Northwest, including future Sub Pop founder, Bruce Pavitt.

“There was cool music happening in Seattle,” says Thayil. “And there seemed to be support through printed press, fan ‘zines and radio.”

The rest was soon music history. Soundgarden has gone on to win Grammys, sell millions of records and, even after Cornell’s passing, the band remains an important cultural touchstone. But despite Soundgarden’s giant footprint, Thayil, who was named one of the one hundred greatest guitarists by Rolling Stone in 2010, has maintained other musical projects and relationships over the years. In 2018, he toured with MC5 founder, Wayne Kramer, for the MC50th celebration. He’s recently experimented with both ambient music and heavy rhythmic, percussive songs. He’s helped local Seattle artists like Shaina Shepherd rise up. There are many musical strands that make up Thayil’s creativity. But that they can all weave together into a singular piece of DNA is what has made the work meaningful. 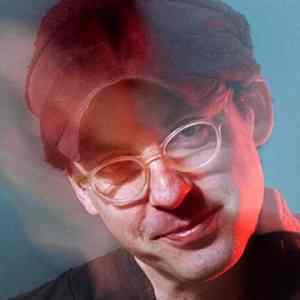