You’re a guitar player from Omaha who moves to Nashville to see what might happen. You get a staff writing deal pretty quickly. You earn a reputation as a straight shooter who has a passion for songs and for artistry. You end up producing a few albums, a couple of which do relatively well and help establish the artists (who largely write their own material) as serious talents.

Then, against overwhelming odds considering the thousands and thousands of albums that are recorded in a given year, an album you produced gets a Grammy nomination for Country Album of the Year. That’s what Dave Brainard is digesting as the producer of Brandy Clark’s 12 Stories, which is in the running for that Grammy at the nationally televised ceremony on February 8.

Brainard was a musician with the United States Air Force Band before he moved to Nashville, where he was signed to a staff writing deal in relatively short order. “Neal McCoy was my first cut in 2002,” he recalls. “Within three months Neal cut the song [“What If”] off a work tape, the single was released…and then he lost his record deal. But in a way, I love that. Because if I’d had bigger success at the time … well, I like having taken the hard road a lot better.” He went on to have cuts by Brooks and Dunn, Ricochet and others, and also spent some time on the road as a musician with singers like Anthony Smith and David Nail.

He moved into the producer’s chair with, among others, Unbridled, the album recorded by Chris LeDoux’s band Western Underground a couple years after his death. Since then Brainard has gone on to produce Jerrod Niemann, Ray Scott and a handful of others. But it’s pretty amazing that, given his relatively short discography as a producer compared to some Nashville veterans, Brainard is up for the Best Country Album Grammy, especially since Brandy Clark wasn’t exactly welcomed with open arms by the country music establishment.

“We started 12 Stories four years ago,” Brainard says, “and we were successful at creating this thing that was unique, but wasn’t really accepted by the formats. If you go back to that time, Brandy was just beginning her arc. She had had a couple cuts on Reba, Joanna Smith…she was just getting started, hadn’t had her hits yet [as a writer for Miranda Lambert and others], and we started the record at the beginning of that arc.”

Cliché as it sounds, Brainard is a songwriter’s producer, and will be the first to tell you that it all begins with a song. Interestingly, Brainard doesn’t normally co-write much, so far at least, with the artists he produces. “I have my own writing style, and when it works it works,” he says. “But I don’t necessarily require my writing to be part of something I produce. I actually produce better when I don’t poison that part of the well. Like when Brandy came to me, and had that magic with co-writers like Shane [McAnally], as a producer it’s better for me to stay with that magic. I’m more of a purist that way. When I co-write with somebody I’m not aiming for a spot on a record that I’m going to produce. If anything, through the process of stretching here and there, I’m trying to help an artist expand their boundaries a little bit to get to the place where they might have some different options.”

“Production and songwriting, I just love the collaborative process,” he continues. “I like the ‘soldier of the song’ mentality. Where you sit down and an idea comes, and you don’t know exactly how to do it but it just requires a certain something…hopefully you’re in the room with someone who has that same mentality. You’re soldiers of that song. It’s like, let’s do right by this idea, by where it’s going, let’s have a sense of what’s required for it to be excellent. It’s that way for me as a songwriter, but it translates into my production too. Seeing the potential of that song, and being a steward of it, I’m a big believer in that. In being inspired by something great and becoming a servant, a soldier of the song.”

So this soldier will see on February 8th if his stewardship is respected by the NARAS voters. If he wins, he might play a role in changing the direction of today’s country music. And if nothing else, he’s has already beaten the odds with the nomination alone. 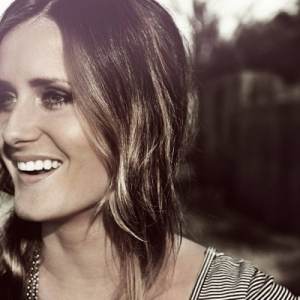 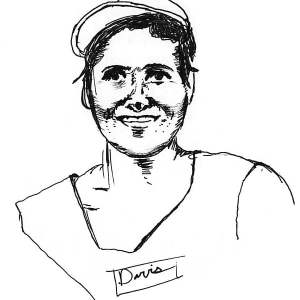