It was 30 years ago, in August, that Pump Up the Volume came out on the big screen, with its reluctant hero, “Hard Harry,” played by Christian Slater, urging his young listeners to find their voice and “talk hard.” Over the years, the 1990 film, which confronted issues of teenage angst and suicide, gained a cult following and was adapted into a musical. Slater has said it’s his favorite of all the films he’s done, and the film’s milestone anniversary brings with it an opportunity to reflect back on its memorable soundtrack and the career of composer Cliff Martinez, who created the score.

Before the Bronx-born, Ohio-raised Martinez become the go-to composer for unconventional thrillers and a master of synth cinema, he was a rock and roll drummer, playing for the likes of The Red Hot Chili Peppers and Captain Beefheart. A fascination with music technology and a propensity for being behind the scenes rather than on stage, drew him away from performing towards scoring.

Pump Up the Volume, which may not be as well known as Martinez’ other scores, like Solaris, Drive or The Knick, still has its pivotal place in his career. It came fairly early on, just after he’d scored Stephen Soderbergh’s Sex, Lies, and Videotape, which made a splash at the 1989 Cannes Film Festival. Director Allan Moyle, who would go on to make Empire Records after Pump, wanted to work with Martinez. “It was only my second film score and Allan was a fan of Sex, Lies And Videotape, as I recall,” Martinez tells American Songwriter.

“I didn’t see much of a stylistic connection between the ambient minimalism of Sex, Lies, and Videotape and Pump Up The Volume…Allan didn’t seem attached to that style either,” he continues. “I don’t remember being steered in any specific musical direction except that the soundtrack was to be dominated by songs, and the mission for the underscore would be to create a sense of musical unity. So I decided to use guitars and drums in an attempt to give the score a rock & roll flavor.”

Indeed, onscreen, tracks from the Beastie Boys, Sonic Youth, the Pixies and the Descendents all played into the mood of teenage alienation that the film captured. Martinez recalls feeling a bit out of touch with the generation the film spoke to. “I felt a bit elderly,” he says. “I remember having to ‘get in character’ for the score and rummage around my past to recall all the feelings and problems that seemed important to me in high school. This was the first of many film projects where I had difficulty connecting with its’ characters.”

Blast from the Past!
Buy from Amazon

He says over the years, he’s since learnt how to approach films with characters he can’t quite relate to. “I’ve come to realize that very often you are dealing with extraordinary characters in extraordinary situations, and it is the function of the music to universalize their story,” he says. “To make an audience relate to what they see on screen no matter how removed from their own life experience that may be.”

That’s certainly been the case for many of the films he went on to make in the wake of Volume, with Soderberg, a longtime collaborator (among their many collaborations, Martinez scored the pandemic drama Contagion, which found a new audience this year) and Danish director Nicolas Winding Refn.

“In the case of Steven, it was my first offer to score a feature film and I sensed a positive artistic rapport between us. So saying yes to him didn’t require a lot of brainpower,” recalls Martinez. “With Nicolas, I was able to see a very advanced edit of Drive and it was love at first sight. I have a poor track record of predicting the commercial success or failure of any film in a rough cut, but commercial potential aside, I connected with Drive. I could easily see myself getting up every day for the next couple months and being inspired to work on it, so that was another easy ‘yes.’”

Understandably, much has changed for Martinez since Volume.

“It was only my second film score, so my technical and musical skills developed rapidly at that time. Not only was I limited in my musical abilities, much of the available computer technology for film scoring was brand new, as well as unfamiliar even to people who had been in the business longer than I,” he says. “And I had learn it all on the job. It seemed like I would have one or two musical and technical epiphanies every day, and there was always some bigger, better and cheaper piece of gear that I had to buy and learn how to use in order to make the job easier.”

Martinez’ interest in and ability to play with the advancements of music technology has ensured his place among the finest film composers of our time. But the former rock ’n roller doesn’t take himself too seriously. “These days, I can be seen at the Valley Circle freeway entrance off the 101 freeway holding a cardboard sign that reads ‘Will score for food.’” he says, before sharing details of his next project. “Earlier this year, I scored a streaming series for Amazon entitled The Wilds and it will be available mid-December. It is the story of 10 teenage women and so once again, I found myself putting on my teenager hat and straining to recollect my high school days.” 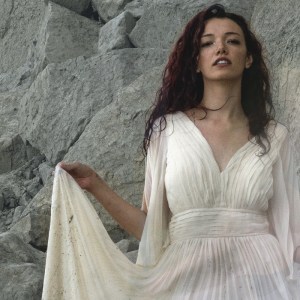 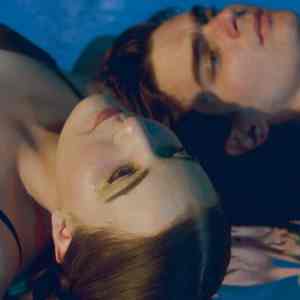