Decades in the making, Alphabetland is a celebratory moment for the LA punk-rock group X, who have remained a touring machine for the past 20 years. In 2018 the group felt the itch to get back in the studio, initially only recording five songs for Alphabetland.  In 2020 they rekindled their momentum and finished the remaining tracks for the record.  While the original release date was supposed to be later this year, bassist/vocalist John Doe, in unison with the rest of the group was happy to say “fuck it, let’s go indie style and put it on Bandcamp.”

The last time the original group went into the studio to record new material was in 1985 for Ain’t Love Grand. And though they may have leisurely enjoyed their time touring since then, the making of Alphabetland was anything but a leisurely pace.  X recorded nearly half the album with producer Rob Schnapf in just two days.  Doe recalls the whole experience as unexpected and said the band welcomed the rapid timeline of the release.

“It’s kind of unbelievable, because we thought it was going to be a typical 6-month buildup” Doe told American Songwriter.  “We were planning on releasing it in September.  We were talking to the label and said ‘this is so timely and people are listening to more music now’, so with the 40th anniversary of our first record, the record company said ‘yeah let’s go for it’.  They didn’t know when record pressers or printers would be back open so we said ‘let’s figure out the physical thing later’ and this would something to give to our audience that will be exciting now.”

The entire record is flush with fast songs and even some slam/spoken word poetry for some local color.  But the title track is a zealous and ramped-up song which sets the speed and tone for the rest of the record as the opener. And while the song’s content is not so much fun, the group agrees on its robustness.

“It’s the most adventurous song on the record,” Doe shared.  “It’s about getting through a situation or relationship where it’s getting away from you and it’s unrewarding, then you reclaim it. It’s a bit like a phoenix, there’s resolution and retribution.”

Spending the last 20 years on the tour front and fostering solo projects, the return-to-studio experience between the foursome; vocalist Exene Cervenka, guitarist Billy Zoom, drummer DJ Bonebrake and bassist/vocalist John Doe was somewhat of a learning curve, but it turned out to be a more collaborative experience in the end.

“We were re-writing up to the minute it was recorded, which is very different for us,” said Doe. “We had to trust our intuition, which I highly recommend, if it feels right, go forward, if it feels ‘ehh’, trust your intuition, because you’ll regret it.”

“And there were some dynamics that were old,” Doe added.  “I’m not used to making group decisions as much. On my solo stuff I was the boss and with this I would say ‘well I’d like to do this but what do you want to do?’  And there were a few things I had to leave on the cutting board but it’s a band so you put that aside.”

However, the songwriting process presented itself seamlessly and the group worked collectively during the process to improve upon each other’s ideas.  Although Doe admits he and Cervenka do a majority of the writing initially, the band always offers something more to make each song shine.

“I think Billy and DJ brought more to the table as far as arrangements,” said Doe.

Cervenka and Doe have very different fundamentals when it comes to writing, but complement each other and align when it comes time to piece together songs.  Doe tends to feel out music and lyrics at the same time, keeping the flow organic and Cervenka tends to be have lyrics on hand and at times is inspired by other artforms.  “Angel On The Road” is a prime example of the creative bond between Cervenka and Doe.  The song was inspired from a poem Cervenka had read and shared with Doe, which he revamped into a song.

The ever-changing musical elements of the songwriting spawned from hours of rehearsing and were ultimately a humbling experience for each member.

“The chord changes and arrangements come within the hours of rehearsal,” said Doe.  “I think everybody wishes you could write a song then play it for a year on the road before recording it because you learn so many things every time you play it.  But we sped the process up and we put our egos out of the way and we didn’t hold on to an idea.  Being open is hard sometimes because you think your idea is good and you are married to it but sometimes you got to try something else.”

Something the group did not have to compromise on was the resurgence of the song “Delta 88 Nightmare”.  The track was originally written in the early days of the band, but only made it onto a 2001 reissue of Los Angeles as a demo.  The track finally made its way to a full-length track-list with Alphabetland.

“The first time we recorded it sounded bad, it wasn’t a good song,” Doe laughed.  “Then we had a demo of it and it was ok, it was kind of silly and then Exene rewrote a bunch of the words because we couldn’t understand what she wrote the first time, we couldn’t really remember it.  It’s definitely the fastest song on the record.”

When asked why the song remained in their repertoire so long even though it never made the cut on any previous record, Doe shared the song is significant because it recalls a memorable trip, he and Cervenka took to Monterey, California.

“We took a trip up to Cannery Row, we’re big fans of John Steinbeck and we were looking for the bohemians and bums that used to live in Monterrey and once we got there, we realized we we’re the bums!”

And with the help of X’s record label Fat Possum, they were able to recreate this eye-opening adventure to the bay and finally give “Delta 88 Nightmare” its rightful place as an essential piece on the album.

Alphabetland, an album showcasing 35 years of musicianship is something X stands proud of and intends to tour the hell out of when given the chance.

“We’re trying to enjoy it and stay in the present,” said Doe.  I am just so happy people are responding to it and I’m glad we can share it so quickly.”

Alphabetland is out on Bandcamp today and will reach all digital platforms May 1.  The album can also be purchased through Fat Possum online. 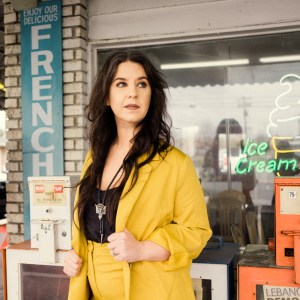 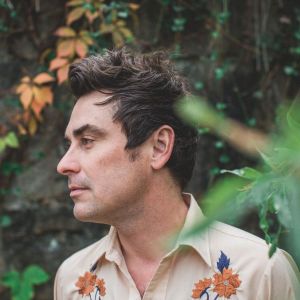