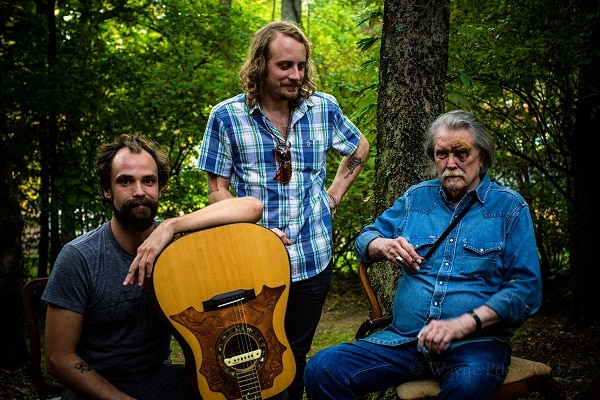 When film director Wayne Price began thinking about how to make a sequel to Heartworn Highways, the 1976 cinema verite documentary that captured the freewheeling, renegade Nashville songwriting community of Guy Clark and Townes Van Zandt, his first instinct was to try to recreate the cult classic film as best as possible. Eventually, though, he decided on a much more compelling idea: In addition to revisiting luminaries like Guy Clark, David Allan Coe, and Steve Young, Price decided to focus on the current generation of descendants and heirs to the independent singer-songwriter community first championed in the original film.

Heartworn Highways Revisited recently premiered at the Santa Barbara International Film Festival, and is expected to premiere throughout the country later this year.

American Songwriter recently caught up with Price to talk about his favorite moments from the film, the process of choosing which artists to include, and the differences between the 70’s Nashville outlaw community and the present-day Americana renaissance.

How did you go about choosing the artists to be included in this film?

My philosophy with this movie was that I wanted to make this version the exact same way that James Szalapski made the original Heartworn Highways. What he did then was he was in the community and he knew that Guy Clark was the lightning rod, the one that everybody was attracted to. So he basically went to Guy and said, “I’m going to make this movie but I want it to come very naturally from your community of friends,” and Guy was cool with that.

I knew I wanted to find somebody that was like Guy. Someone currently in Nashville that would sort of be a nexus of the community. I had shot Deer Tick before and I knew John McCauley. At the time he was in Deer Tick, but he was also in Middle Brother and Diamond Rugs and he was this guy who was very prolific, and he knew a lot of people. I figured I’d ask him, and he was really cool and really open to it, and he was like, “I know a bunch of people in Nashville.” So McCauley told me to meet him one day in Red Hook in Brooklyn, where Deer Tick was playing a show with Jonny Fritz.

Funny, I was at that show.

Then you were there at the place where this movie was literally conceived! I told Jonny Fritz about the project and he gave me this excited look, and I asked him to be in it. In that one day, I got the two guys that pretty much everybody else in the movie stemmed from. Between Fritz having a central meeting place in Nashville at his house and McCauley being a guy that knew everybody, who would sort of give me his seal of approval and say look out for this guy, etc. That’s how everybody came. Every single person in that film organically came from that community that surrounds McCauley and Fritz.

It’s not like you were just sending blind pitches to artist’s managers.

No, none of that. With Shovels and Rope, the way it happened was I saw Josh Hedley wear a t-shirt that said “Shovels and Rope” a few years ago, and I just thought it was a cool t-shirt. Hedley was like, “you got to know about Shovels and Rope” and he played me some stuff and I loved it, so I just sent them a note, just one e-mail. They were like, “Yeah, we’d love to be involved.” It was all really organic and super friendly.

For me, the breakout star of the film is Josh Hedley. I had known he was an incredible fiddle player, but I had no idea he was such a great singer and songwriter in his own right.

He’s probably my favorite story in the movie. Hedley is such a quiet, sweet, introverted guy. He doesn’t like to be in the spotlight. Jonny Fritz loves him so much, he actually threw this party at one point that was called “The Josh Hedley Appreciation Party.” Everyone in town loves the guy and knows he’s the real deal. If he wanted to go forward with being a frontman or a solo artist, he’s going to be the guy. He’s that talented.

How does this community you’ve captured feel similar and/or different to what you imagine the world depicted in the original Heartworn Highways was like?

I don’t live in Nashville,  but I’ve spent a bunch of time there over the last couple of years, and in my experience, in shooting Fritz and McCauley and their community, it was very similar. I felt like I was in that world that had inspired me from Heartworn Highways. There were so many things that had the same feeling to me. There was the camaraderie and the weirdness and the drinking, and the energy of the great music players all around. I’m so excited that I decided to do it there with those people, because it felt so honest and organic.

I don’t know if I’m romanticizing Guy Clark’s ’70s Nashville, but I got the sense watching your film that these artists nowadays have to work much harder to make ends meet. It’s sort of hard to imagine them getting away with the kind of antics Townes Van Zandt was pulling back then.

There’s definitely some truth to that. These guys, they know what they’re doing. Even with McCauley, who has lived that romanticized lifestyle of a musician, he’s really on top of everything. Everyone’s touring all the time, they have merchandise, they are working their asses off while still having a great time and trying to stay authentic to their craft and the lifestyle that they want to live.

Check out the film’s full trailer below. 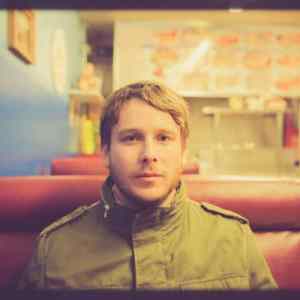