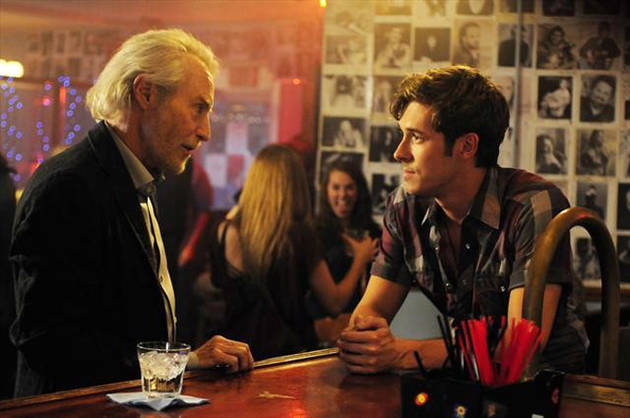 The most accomplished songwriter appearing on ABC’s hit new show Nashville hasn’t so much as picked up a guitar or stepped up to the mic this season. Not unlike Watty White, the behind-the-scenes producer he plays on the series, JD Souther has made a fair share of musical dreams come true by contributing to a huge number of country and pop hits, often from the shadows of the studio.

If the Eagles had anything like a “fifth Beatle,” it would be Souther. Throughout the 1970s, he cowrote some of the band’s biggest hits, including “New Kid in Town,” “Best of My Love,” and “Heartache Tonight,” though he never officially joined the band. And after releasing a few hits of his own as a solo artist, including 1979’s “You’re Only Lonely,” he largely disappeared from the music spotlight, later popping up here and there on television shows like thirtysomething and the 1990 movie Postcards from the Edge.

Around 10 years ago, Souther moved to Nashville, bought a farm, and has been steadily taking steps back into the public eye with a few jazz-inflected records. While he’s still a bit of a recluse (“I just bought the farm because I don’t like neighbors,” he says.), he’s been having a very big year. Aside from his role on Nashville and this month’s live EP, Midnight in Tokyo, Souther’s work on songs recorded by artists such as Linda Ronstadt, James Taylor, and the Eagles, has just gotten him nominated to the Songwriters Hall of Fame.

The man behind Watty White took some time to talk to American Songwriter about Nashville, L.A. traffic, and writing new music with Burt Bacharach:

How are people in Nashville reacting to the show?

Really well. People in Nashville, in the music business or not, have been very wary of Hollywood’s depiction of the city. It always seems to fall into a very broad and unattractive stereotype. But the writers are great. Callie Khouri is brilliant. She wrote Thelma & Louise. So I think that this is the first time that Nashville’s been presented accurately and adequately. Also, T-Bone Burnett and Buddy Miller are doing all the music, so I’m not worried about the music coming up to snuff.

How do you prepare for your role as Watty White? Do you study T-Bone?

It doesn’t take a lot. [laughs] I just imagine an amalgam of the best producers that I know. And some of the really old-time guys, too, like Harlan Howard and Cowboy Jack Clement. A lot of the job of producing in a studio is really analogous to directing a film. You really just have to set it up and get out of the way. I watch T-Bone work in the studio and I’m always amazed by how much he does by doing very little. I think that has a lot to do with how I play this character Watty White.

You’ve worked on the theme song for a few TV shows in the past. Why didn’t they have you do one for Nashville?

You’d have to ask somebody there. [laughs] But I do think the way that T-Bone has taken the music on the show is very interesting. It doesn’t sound like the rest of contemporary country music [laughs]. I think he’s really on a mission. I hope it works. All of the actors are good singers. They’re using really good writers and players. None of the actors have to lip-synch. It lends so much authenticity to it.

In the 1970s and early 80s, you had a long string of hits recorded by the Eagles and on your own. But then you got out of the spotlight and didn’t release a new album for 25 years. Where did you go?

Well, I made an album here in Nashville called Home by Dawn in 1984 and we were on MTV, making a video for this thing with Harry Dean Stanton and Madeleine Stowe. It was fun, but two things were happening at the time: One, I was not thrilled with the idea that music needed a visual explanation. And two, on a purely personal level, I was a little burned out. All the men in my family had retired, if at all, when they were very old. They worked into their 80s. They were so beaten. But I had money and some stuff I wanted to do. So it was going to be 10 years off at first. I built my dream house in the Hollywood Hills. Did some traveling all over the world. Rescued a couple of dogs. It was a nice life breaking out of that cycle where you’re releasing an album, touring, and then going right back into the studio. Then I started getting some acting work. It sort of turned into 20 years off. I moved to Ireland for a while. Then I moved to Nashville.

You’d been so connected to southern California throughout your life. What brought you to Nashville a decade ago?

One, I just wanted a change and I had some friends who’d moved here. And two, the traffic [in L.A.] was killing me. You go to dinner with friends and you spend most of the night getting there and back home.

You’ve just been nominated to the Songwriters Hall of Fame. Can you name any particular favorites that you’ve written?

I’m not really sure that my favorites are the ones that are the biggest. If you’re involved in writing a song like “Best of My Love” that’s on a record that sells millions, [the Eagles’ On the Border], it’s easy to make that a favorite. [laughs] Some of my songs that haven’t been singles are my favorites. And some of the ones that weren’t hits seem like they were hits, like “Faithless Love.” Everybody knows that song. Everybody thinks it was a hit. It wasn’t. There are just so many good recordings of it—I think we’re at 25 versions of it now—that everyone thinks it was a hit.

I tend to like the songs that are the most revealing or adventurous to write. But I really like some of my hits, too. “Best of My Love.” “New Kid in Town” was a blast even though it took forever to finish it. And “I’ll Take Care of You.” I went to Cuba in 1999 on a writing trip and I came back and discovered that the Dixie Chicks had sold 12 million copies of it [on Wide Open Spaces]. You just never know the life of songs.

You mentioned “revealing” before and it reminded me of one of your more famous songs, “The Heart of the Matter,” with Don Henley. I was curious if there was a story behind that song. What inspired it?

Well, you know, if I could tell you the story, I wouldn’t have to write the song. That one was a combination of a lot of effort by all three writers. Mike Campbell gave us the track to it, really. Then Don and I went to work on it and he went into the studio and improved it a little more. It was a journey. But I think it finished beautifully. It’s a very real song. It was very personal and real to both of us at the time. It’s factual as far as a song can be.

What are you working on now?

I’m writing my next album. I wrote a couple of songs with Al Anderson, who wrote some of the prettiest songs on the Bonnie Raitt album, [Slipstream], and Sam Palladio, who’s one of the young actors on the show. I’m going to L.A. next week and I’m going to write with Burt Bacharach and Arthur Hamilton, who wrote “Cry Me a River.” That should tell you everything about the direction my writing has gone. I want to try writing with some of these guys whose sensibility has a little more of a popular song construction. Strong melody. Interesting chord changes. It might come out next spring.

A lot of jazz. There are so many good young jazz players. Esperanza Spalding. Jamie Cullum. Jeff Coffin, who plays sax on all my records. You can’t underestimate what Norah Jones has done for the resurgence of jazz. I think it’s bouncing back from the damage that was done during the smooth jazz era. I don’t want to call out any names but there was a period of time during late fusion and early smooth jazz that didn’t have a whole lot of meat on the bones.

When I first moved to Nashville, I got lonesome for hearing music again so I started going out to a lot of jazz clubs. I don’t like Hank Williams any less than I ever did. I just like good music. I don’t care if it’s George Jones or Miles Davis. If you shut any kind of music out of your playlist, you’re limiting your experience. 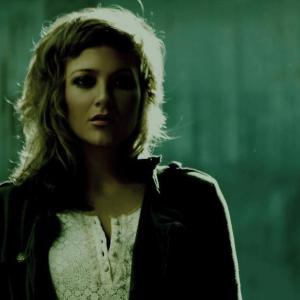 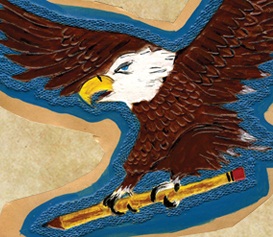