September 9 marks the release date of Single Mothers, the fifth full-length album from Americana stalwart Justin Townes Earle. If it feels like it’s been forever since Earle released his last record in 2012 that’s only because Earle has established himself as one of the most consistent, prolific singer-songwriters over the better part of the last decade. His new record was momentarily stalled by some record label troubles over the past year, but Earle is finally releasing Single Mothers, a ten song collection of late-night blues and mournful country-soul that most closely resembles his last record, Nothing’s Gonna Change the Way You Feel About Me Now.

American Songwriter recently caught up with the Nashville-based songwriter, and Earle shared with us some of his favorite songs that he’s written, his secrets for longevity as a singer-songwriter, and how his Nashville hometown has changed for the worse.

Your new album is about to come out, how are you feeling about it right now?

I’m looking forward to getting back out on the road. I didn’t tour a lot over the last year, so I’m looking forward to working again. I’m very fortunate to, so far, still be proud of all of the records I’ve made, including this one, even though I’ve never listened to it. I wasn’t embarrassed when any of them came out. That’s hard to do. I know a lot of people who hate their records, especially their first few ones. This record gives me a chance to come out and tour with a new band, a different kind of band. This will be less of the honky-tonk and more of the blues.

There seems to be a type of fan of yours that gets mostly excited about your older honky-tonk material, songs like “Halfway to Jackson” and “South Georgia Sugar Babe.” How do you deal with that at this point in your career?

It’s part of what I did and got me to where I am today, and I still play portions of that. I’m not going to let someone control my show though. I’ll let you know when I’m performing one of those old records in its entirety. Luckily, the majority of my fanbase has been willing to grow with me.

I do still have a pretty strong element of all that stuff in my music, and always will. If you grew up in Nashville, especially in the 1980’s before that stupid t.v. show, country music was absolutely everywhere. Nobody went to lower broadway, nobody went to East Nashville, it was a different place.

What’s most different on the new record? What are you most excited about?

On the last record, or even going back to Harlem River Blues, we started with this Memphis kind of sound. The last record has the horns, all that stuff, all real kind of classic elements of R&B and Memphis music. I’m still pushing in the same direction, but I’m looking for alternative ways to make those sounds. Booker T and the MG’s, Steve Cropper, all those guys, they all created that sound that was sparse but bigger than anybody else, and there were just four of them.

This time I decided to go outside of Nashville for my players. My guitar player was in Calexico for ten years, my drummer and my bass player are from a band called Centro-matic. They’re fun as hell to work with because they’ve never had anybody turn around and go ‘just play a shuffle,’ which happens to Nashville session players all the time.

You’ve been quite public about your record label issues over the last year or so. What did you learn from those experiences?

Bloodshot are the sweetest people on earth, easy to work with. It was really smooth and easy. We left Bloodshot under good circumstances and moved to another label, and you know, we’ll just say that we had some drastically different ideas as to what we considered human behavior. I have to remove myself from situations like that because there’s nobody above an ass whupping. If you show the precedent of getting dicked around, you’re going to get dicked around in this business.

Major label pop stars complain about their label all the time, but you hear much less from artists on small indie labels. You have to figure there are a lot of the same tensions between labels and artists at that level, as well.

Oh yeah, it’s all the same stuff. Bloodshot is a rarity as a record label. Forget about not wanting to be a businessman, and not wanting to care about that stuff, you have to. You have to care about that stuff. You have to manage your career if something went wrong, you have to find out why. I think we slowly learned that throughout the 80’s, as the artists were robbed of their royalties, but that’s happened since the beginning of the industry. Some of the labels are one step away from criminal.

When I saw you live in the spring, you mentioned that the new record was going to be a double album. What happened there?

There are more songs, maybe for something later early next year, or something. I’m pushing for something, but we’ll see what happens. They were recorded all at the same time, it’s not that they didn’t make the record, it was just easier to put out a regular record, a double is a little more complicated.

I’ve heard you describe yourself as a thesis writer. Was there a lyric, or an idea, or a song that you were writing around on Single Mothers?

In some fashion, I try to give all my songs a hard beginning, a hard middle, and a hard end. I’ve followed that, and I’ve heard several songwriters say something very similar, it’s not something that I created. So far it’s worked for me.

I put out my first record when I was like 25, and this will be my sixth record in seven or eight years. I feel very lucky to have done that. Most don’t even get to make number two. People say the second one is the scariest, but they should all be scary. There’s no less pressure for the fifth than there was for the first.

Does it get any easier to make new records?

You get to the place where you’re like, “I can do this.” But you have to keep learning, you have to read, you have to get into all kinds of, just whatever you can. If you’re just writing within your own head, that’s just a diary. Nobody wants to hear your every thought. I think it shows a little bit of humanity to realize that you have to follow the leader every once in a while.

Do you have a favorite song on the new album, one you’re most proud of?

Out of all the songs I wrote, “White Gardenias” has been my favorite. That’s one I’m probably proudest of. It makes me feel the best when I can convey what I want to in as few words as I possibly can. “Mama’s Eyes” has a very similar sparse lyrical presentation. When I listen to other songwriters, I’ve never found anything more powerful than when you don’t have to use every little word in the English language. It has to be sparse.

Yeah we’re living in Nashville. Nashville is where I was born and raised, I never got away from the city, but the city is definitely not the city that I grew up in.

It must be weird coming back being away for a long while.

It’s pretty crazy, people here think they live in New York. They live in Nashville, and it’s hard to swallow sometimes. I had a fucked up childhood so I lived in over 30 houses in the city, and I think that maybe two of them are still standing, and one of them is part of an apartment complex.

The young singer-songwriter Sammy Brue, who came to our offices a couple of months ago, is on the cover of your new album. How’d you meet him?

Sammy’s amazing. I was playing in Salt Lake City a couple of years ago and when I got to the club there was a guy and these two kids sitting in a car in front of the club. I’d seen this kid on my Twitter, but nobody knew who he was. Now, after that meeting, he always comes to my shows and I always bring him backstage. He played me a new song recently, and he’s better than most of the grown people I know. I’ve had several grown people try to master the way that I play guitar, and he just does it better than anybody else. I feel like Sammy’s got the true heartbeat for this, he wants it for all the right reasons, you can see it in his eyes. He doesn’t want to be famous, he wants to make art. 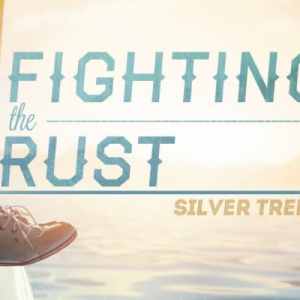 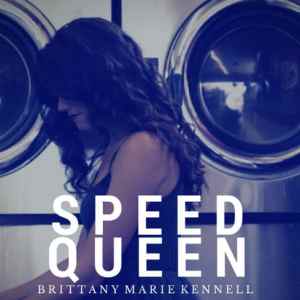