When Chromeo made the duo’s first “quaran-jam,” it was intended to be a little bit of spontaneous fun to help cheer up their fans at the beginning of the pandemic. Marrying romantic intentions with newfound hygienic responsibility, all in the electro-funk duo’s trademark sound, “Clorox Wipe” became an instant hit.

“We posted it and the reaction was just so much bigger than anything we normally do on the socials,” P-Thugg tells American Songwriter. He and Dave 1 decided to release more songs, which quickly turned into an EP that ended up raising $50,000 for Colin Kaepernick’s Know Your Rights Camp, spawned a handful of remixes and led to a music video that turned the two musicians into sanitizing wipes themselves.

With lyrics that detail what life was like before much was known about the novel coronavirus, the Quarantine Casanova EP uniquely captures a moment in time — a diary of the confusion, the fears, the deliriousness. “When I when I arrived in Los Angeles on March 15th, P and I were like, ‘we’ll be back on tour, you know, by late August.’ August is when we thought we would have some sort of normalcy. And here we are now approaching a second lockdown,” says Dave 1. “The songs are still relevant to some degree. And then the ones that aren’t relevant are funny, like wiping groceries with Clorox, which I think we all did at some point. Taking our clothes off before coming home — we all did it. And I’m happy we archived it.”

As a duo, the former high-school friends David “Dave 1” Macklovitch and Patrick “P-Thugg” Gemayel work both remotely and together, ever since forming Chromeo in 2002. Dave 1 usually lives in New York but had been in LA when the lockdown was starting and thought it would be a good time to bring out some of the instrumentals and rough sketches that P always has going at any given time. They worked on the quarantine tracks while continuing with other plans they had for Chromeo, including creating an independent label called Juliet, with plans to release 7 or 8 projects by the end of the year, and a new album.

“Last year, we did, for the first time in Chromeo history, quote, unquote, a run of shows in the summer with a full band,” says Dave 1. “We played Hollywood Bowl and the Greek and Red Rocks and all that, and we recorded all those shows. So we’re putting all this together to do a live album for our fans, to basically say, ‘okay, 2020 / 2021, you can’t get a Chromeo show, but here’s a live album.’”

It will be the duo’s third fundraising effort, and they intend to use proceeds for roadies and crew members. Earlier this year, they also raised money for an NGO working in Lebanon, where P-Thugg is from, after the Beirut explosion. With the Quarantine Casanova they were able to get Clorox to match their donation and sent $50,000 to the Know Your Rights Camp.

“There were two tremendous social issues that were coexisting this summer,” says Dave 1. “One of them being the public health crisis that we’re experiencing in America with Covid, and the other one being the Black Lives Matter protests, and Know Your Rights managed to blend the two, because there’s a fund that is dedicated to Covid relief for people of color, Black and Brown minorities. And they’re the most affected. We see it even more now. So we wanted to make sure we could zero in on a way to help those communities and also to kind of direct attention to the fact that this disease actually does discriminate.”

Chromeo has always tried to straddle both the fun and the responsibility that comes with being a musician. The pair made a music video with Patrick Jean, where they, by the magic of CGI, turn into Clorox wipes. “Something a friend of ours said at the beginning of the pandemic was, ‘now’s a good time to try things and potentially fail because no one’s gonna remember.’” says Dave 1. “So we were like, ‘let’s throw a bunch of things at the wall and see what sticks.’ If we have a bunch of fans in Korea and they want us to do a remix EP, why not?” Hence, Quarantine Casanova (The Seoul Remixes). “It’s the kind of thing we normally wouldn’t have time or bandwidth to do when we’re preparing a whole tour or a record,” he adds.

When touring and in-person concerts return, fans can expect to hear the EP songs being played too. “These songs have become part of the catalogue,” says P-Thugg. “When people approach me, whether it’s on DM, or whatever, it’s the new album: ‘Love the new album.’ If I get texts from my friends, it’s, ‘love the new album!’ It’s not, ‘love this funny skit you did!’ It’s part of our repertoire now. I think it transcended the the stamp of novelty.”

As Dave 1 adds, “Maybe we’ll do a kind of like Covid medley, you know, where we just do a kind of ‘Covid Greatest Hits.’ I also feel like it’s going to be etched in everyone’s memory for so long that hopefully we get to a place where the world has moved on, and there’s vaccines and stuff. And we can all say, ‘remember when?’ And we’ll have a sort of musical testimony to the tragedy, the absurdity, the humor, the weirdness that came out of all that.”

Get it on your favorite digital music service. 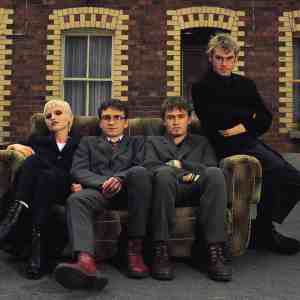 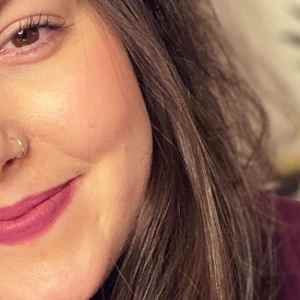