“There are some songs where you remember the moment you came up with the first few bits of it and where you were,” says The Cranberries guitarist Noel Hogan. “’Zombie’ is a perfect example of that.”

Packed inside a tiny, damp rehearsal shed in Limerick, Ireland with no heating, it was just the four of them—Hogan, along with his brother, bassist Mike Hogan, drummer Fergal Lawler, and the band’s late vocalist Dolores O’Riordan—playing one of the biggest songs of their career in the smallest of spaces.

“Each one of us still remember those first few days of being in that room, and the moment Dolores came in and went, ‘I have this song, and I think it should go this way,’” remembers Hogan. Written by O’Riordan following the deaths of two young boys during a 1993 IRA-linked bombing attack in England, the singer was adamant that “Zombie” needed to be heavier and the music had to be angrier, denser, and electric.

“Little did we know that it would become the monster that it did,” says Hogan.

Now, 26 years after their “monster” was released, “Zombie” has surpassed one billion views on YouTube, and part of the legacy of The Cranberries second release, 1994’s No Need to Argue, still resonates today.

“Some days it seems like yesterday and then other times it seems like ‘yea, that was a long time ago,'” says Lawler. “Looking back at that, you’re like ‘Jesus, we were so young,’ but I remember it all that time.”

Honoring that pivotal album, the band’s history, and O’Riordan, who passed away unexpectedly in January of 2018, the band continued putting the finishing touches on a remaster of No Need to Argue, following the release of their final album In the End, featuring previously recorded vocals by O’Riordan, in 2019.

The Deluxe edition of No Need to Argue features B-sides, live performances and other extras, including “I Don’t Need,” “Away,” and “So Cold in Ireland,” all pulled from the original No Need to Argue demo tapes, along with 19 previously unreleased tracks like “Yesterday’s Gone” from The Cranberries’ 1995 “MTV Unplugged” performance and “Serious,” a song that has lived primarily in bootleg form on YouTube for years.

Several additional tracks were also pulled from the band’s 1994 performance at Liverpool Royal Court and a 1995 National Stadium show in Milton Keynes. Spanning 36 tracks, different variations of “Zombie” resurfaced, including The Orb’s dub-reggae “Camel’s Hump” remix and a captivating version of “Zombie” from Milton Keynes. A new video for No Need to Argue‘s “Daffodil Lament” was also released featuring footage from the album’s recording sessions in Oxford, England.

Though several tracks were recorded in New York City at the The Magic Shop and London’s Townhouse Studios, when thinking back to the band’s time recording a majority of the album at The Manor in Oxford, what Lawler remembers most is how much they all laughed. “It was this big, old manor house,” he says, “and we were having a ball, because we were in our early 20s and just really enjoying ourselves.”

Returning to work with In the End producer Stephen Street, who also produced the band’s 1993 debut Everybody Else Is Doing It, So Why Can’t We? and No Need to Argue, along with Wake Up and Smell the Coffee (2001) and 2012′ Roses, Hogan says there was some healing in releasing their last album, but O’Riordan’s absence is still too fresh.

“It’s still fresh for all of us, but time definitely helps with all of this stuff,” says Hogan. “We’re particularly proud of that release and that we managed to finish it. I think it was a nice way to do a lovely last Cranberries album. We all believed from the start that it was probably one of the strongest albums that we’ve ever done.”

Hogan adds, “We just consider ourselves lucky that Dolores left these vocals behind that we could work with. Doing it at the time was hard, because it wasn’t that long after Dolores passed away. It was Stephen’s [Street] idea to do it while that emotion was still fresh with everybody, and I think that does come across in the album.”

At the moment there are no plans to release any additional material as they’re taking each project as it comes along. “We’re not even really sure what is out there, but it’s lovely to hear because you tend not to listen to your own music as time goes by,” says Hogan. “You record an album, and you play it to death the first few months, go off touring and then stop listening to it. Then when something like this comes around, you listen to it again for the first time in nearly 20 years.”

Releasing the Milton Keynes and Magic Shop demo of No Need to Argue‘s “Ridiculous Thoughts” was special since that song evolved more than any other for the band live.

“The live version and the recorded version or two different beasts all together,” says Hogan. “Recorded, it’s quite calm, whereas the live version was probably one of the highlights for us every night. It’s a huge song live, so it’s really hard to compare it to the recorded version. It keeps it interesting for us to play it and see where you can take a song over time.”

Initially, The Cranberries started working on the remaster of the album two years ago with Universal, following the 25th anniversary reissue of Everybody Else Is Doing It, So Why Can’t We? in 2018. “Even before they released the first one, they started talking about this one,” says Hogan. “Of course, we were delighted at the chance to remaster our album, and to relook at it in today’s kind of sound was great. Then it takes so long to find all the other pieces, because we each probably have bits at home and Universal had stuff in their archives.”

In revisiting the songs, the band also perused old photographs taken by Andy Earl, who worked on most of the band’s album artwork through 2017’s Something Else.

“When you get the artwork and see things that you’d forgotten about, old photos that weren’t used at the time, it’s a trip down memory lane,” says Hogan. “But it’s really nice since we all have great memories of that time.”

When thinking what Dolores would have thought of the remaster, Hogan and Lawler believe she would have liked all of it.

“We’ve been very lucky over the years that we tend to agree on most things,” says Hogan. “When we’d record x number of songs for an album, we never really kind of had a big argument about what should or shouldn’t go on it. We were always on the same page, so I’d like to think that even with this, we’d still be on the same page. It’s always harder to pick the ones that aren’t going to make it, than the ones that do, because they’re all your baby in a certain way, and you don’t want to be throwing anything away.”

Both chipping away at individual side projects, Lawler and Hogan say they’re open to releasing more Cranberries material from the archives and want to continue piecing together the band’s documentary, which they started working on prior to Dolores’ passing, once the pandemic eases up. For now, No Need to Argue is having its moment once again.

“The songs really come from the heart,” says Lawler. “You can really feel the emotion in them, and people can relate to that. And when you put on the album now, it doesn’t sound like it’s from the ’90s. It sounds relevant today. It’s hard to put your finger on it, but I think you can feel the emotion from it. You know that it’s honest songs. They’re written from the heart.” 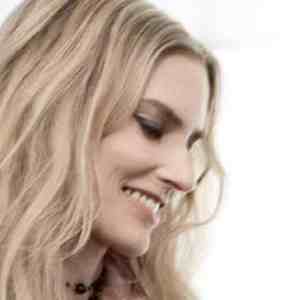 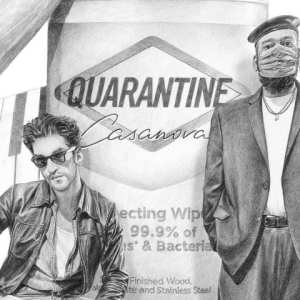