Search
Cart 0
Menu
No band has ever sounded quite like Queen. 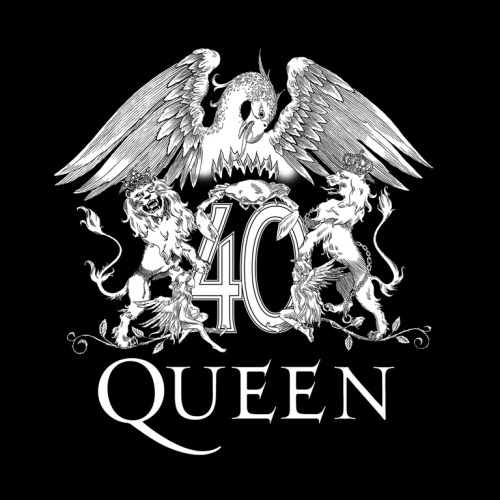 In 1973, with their unprecedented grandiosity and scorn for subtlety, no band had ever sounded quite like Queen. And although many have tried, no band has ever really sounded like them since.

As their self-titled debut gallops to life with “Keep Yourself Alive” – a veritable pilot episode of a track that amalgamates all the pre-punk sounds of ‘70s rock in under four minutes – their chemistry as an ensemble is immediate. Brian May’s sky-scraping guitarmonies work in fluid cohesion with the vice grip of rhythm section John Deacon (bass) and Roger Taylor (drums), making the perfect palate for Freddie Mercury’s un-matched operatic warble. Even at this early stage – with  all four members sharing songwriting duties – Queen showcases an almost schizophrenic penchant for stylistic dynamics, shifting from arena rock (“Keep Yourself Alive”) to hymnal folk (“Mad the Swine”) to proto-metal Zeppelin-aping (“Modern Times Rock ‘n’ Roll”) and even an epic (“The Seven Seas of Rhye”).

Building from the same sonic blueprint of its predecessor, Queen II is essentially a leaner, more muscular and ambitious colorization of its predecessor, adding standouts like frenetic rocker “Ogre Battle” and the stunning, Broadway-ready suite of “The Fairy Feller’s Master-Stroke” and its shimmering piano postlude “Nevermore” – foreshadowing more, uh, bohemian things to come – to the band’s canon.

But Sheer Heart Attack is really where they began to harness the power of their proggy proclivities, while at the same time bringing the pop savvy they were merely pointing at on “Keep Yourself Alive” into focus. As Queen’s first truly essential effort, the album boasts such staples as the manic curve-ball-laden “Brighton Rock,” the devastatingly infectious “Killer Queen,” their greatest contribution to the pantheon of hard rock, “Stone Cold Crazy,” and the cue-50,000-arms-swaying-in-unison anthem “In The Lap Of The Gods.”

Queen probably could’ve called it quits after Sheer Heart Attack and enjoyed the same kind of posthumous acclaim as contemporaries like Sparks or Mott the Hoople, but a A Night At The Opera was the magnum opus they were destined to make. Here, they combine maritime camp (“Good Company”), country-folk (“’39”), earnest, transcendent pop (“You’re My Best Friend”) proto-metal (“Death On Two Legs”) heart-on-sleeve balladry (“Love Of My Life”), vocal jazz whimsy (“Seaside Rendezvous”) and odes to automotive affection (“I’m In Love With My Car”), sounding relentlessly pompous and face-punch-inducingly playful at the same time. By now Queen were delivering their prodigious pastiche of pop, hard rock, vanilla blues, opera, and showtunes with such unrestrained grandeur that their cleverness borders on insufferable, but never really crosses that threshold. Hence, they’re the band capable of “Bohemian Rhaphsody” – perhaps pop music’s single greatest achievement.

Reaching into the Queen II playbook, 1976’s A Day At The Races is – cover art and all – Opera’s sequel. And like all sequels, it’s no Godfather II. But it’s still a “classic rock” classic. With essential catalogue cuts like “Tie Your Mother Down,” the bouncy “You And I,” and the heartbreaking “Somebody To Love,” it’s an equally rewarding listen, not to mention a little less annoying in the glee department.