Countless LGBTQ-identifying artists have come forward with their traumatic experiences growing up in the church. In recent years, we, as a society, have undergone a reckoning in terms of religion and faith, and what all that means for one’s identity. With her aptly-named debut single “untitled,” TikTok star Rachael Jenkins shares her piece of the story through a starlit, Phoebe Bridgers-influenced performance.

It’s tradition in my house / To bring the boy over unannounced, she whispers on the opening lines. On a mission for a spouse / Don’t you smile too big or he’ll ask for your hand / And you’ll end alone and endowed.

Through an acoustic soundscape, Jenkins draws the listener close and imparts the gravity of being queer and navigating an archaic belief system. Originally from Syracuse, Utah, the bright singer-songwriter grew up in the Mormon Church, properly known as The Church of Jesus Christ of Latter-day Saints, and was raised “to be devoutly religious,” she says. It wasn’t until years after I’d left that I realized the impact it had on me.”

When she did finally leave the church, she was left emotionally deflated and lost without any “sense of identity,” as she describes it. “It took a lot of sleepless nights and therapy sessions to feel like a whole person again. This song is the aftermath (and continued progress) of those years,” she tells American Songwriter. “I wanted to explain how toxic the Mormon Church was for me and many others. I am quite spiteful, something I should probably address, but for now, I’ll let my anger and resentment live in this song.”

Jenkins began laying down the song’s foundations on her phone last fall. When she met up with Tom Rosenthal, founder of indie UK label Tinpot Records, everything changed. She then took to in-home recording equipment earlier this year to properly record tracks in a fuller form. “untitled,” produced by Nathan Cox, is only the beginning.

“I hope people walk away feeling less crazy about religious shame, guilt, and trauma. It’s something that’s hard to process and grasp,” she says. “Hopefully, this song helps people along their way. Although, I love when people have their own interpretations, so anything listeners gain from ‘untitled’ is good enough for me.”

She continues, “I’m particularly proud of the lyrics of this song and the picture they paint. I alluded to a lot of specific details and used religious phrasing, and I hope people read into what I’m saying. I love a good treasure hunt lyric and there’s a lot to sift through in [this song].”

With the accompanying lyric video, Jenkins takes viewer on a scenic drive through the beautiful scenery surrounding her hometown. Shoot me down / Mourn my death on the news / Blame my mom and tattoos, she sings, unabashedly diving into the darkest recesses of her soul. And keep saving your spit for the drought.

Now based in Salt Lake City, Jenkins typically discovers her best work emerging when she’s particularly “upset and raw.” And it’s clear why she counts Phoebe Bridgers as her biggest influence. “The stories she tells and the way she uses the space around her voice is incredible. She creates what she wants and sticks to her guns. It’s inspiring,” she says. Hayley Williams seems to strike a similar chord, too. “[Hayley is] extremely raw and honest, and I hope to achieve that level of vulnerability someday.”

“Usually, something happens that breaks open emotional wounds, and I end up writing a verse or something small, and then I’ll fine tune it later,” she adds. “Although, I have written songs in various states of mind; it all depends on how vulnerable I’m willing to be at the given moment.” 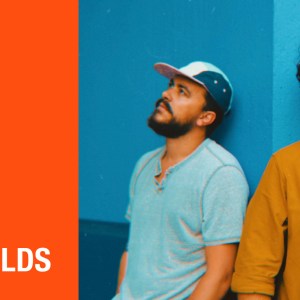 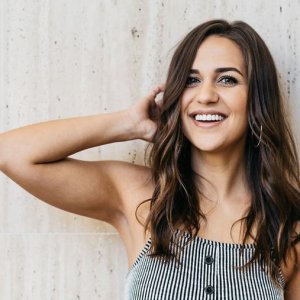