Randy Newman is despondent. It’s three months before the 2016 election, but the singer-songwriter has never felt more disconnected from the country he’s spent his life studying, exploring and dissecting in song. “A large part of this country has really drifted apart. We’ve drifted all right,” he says with a sigh during an interview this past July.

“You tend to think you know the country a bit. It’s what I write about,” he says. “It’s what I’m interested in, and I think I know a lot about it, and not just where I live, not just Hollywood. I know there’s fantastic life from coast to coast. I know the difference between Illinois and Mississippi. But I’m surprised by the amount of people that are for this guy. A lot of intelligent people are going to vote for him. I don’t understand it.”

Before long, Newman begins reciting lyrics over the phone in his trademark growl to “My Dick’s Bigger Than Your Dick,” a song he wrote about Donald Trump and has, at least for the time being, decided to keep for himself:

My dick’s bigger than your dick

It ain’t lying if it’s true

My dick’s bigger than your dick

And I can prove it, too

It’s no surprise that President Trump would eventually serve as the narrator of a song penned by Randy Newman, a songwriter who’s spent the better part of the last half-century turning popular music on its head with the simple, staggering notion that the protagonist of a pop song need not be decent, remotely sympathetic, or even mentally stable, let alone relatable. From the reactionary good ol’ boy narrating 1974’s “Rednecks,” to the absurdist bigotry of 1977’s “Short People,” to the blindly blustering pride depicted in 1983’s “I Love L.A.,” Newman has made a career of exposing America’s darkest urges and vilest impulses by displaying those very thoughts rather than condemning them from afar.

“I read an article recently that was saying that Trump is like characters in my songs,” Newman says, singling out the racist, sexist, obscenely wealthy narrator of his 1983 song “My Life Is Good.” “And it’s true.”

During the 2016 election, Newman did decide to release a first-person depiction of a different egomaniacal alpha-male. The song, “Putin,” is a deranged sendup of the Russian president’s nationalist hubris. Like Trump, Putin serves as a breathing example of the type of noxious masculine bravado Newman has been dissecting and scrutinizing in his story-songs since the late ’60s.

“Putin” is also the lead single to Newman’s long-awaited 2017 studio album, which will be the songwriter’s first collection of original material since Harps & Angels, his frantic, fractured masterpiece released just months before Obama’s election in 2008. Between his infamous perfectionism, his constant demand as a film composer, and his self-described laziness, fans of the enigmatic Los Angeles songwriter have come to expect this long of a wait between albums. Since releasing Land Of Dreams in 1988, Newman has delivered roughly one studio album per decade

“I’ve always wished that I made more records,” says the singer. “Elton John made two records while I was lying in my backyard one summer.”

At the moment, Newman is freshly invigorated by the impending release of his new record, and, at 73, he’s as focused as ever on the work that still lies ahead. “At any given moment, I’m mainly interested in what I’m doing in the present,” he says.

But as much as he looks forward, lately Newman has been forced to reflect on his lifelong body of work. Last fall, he released Volume Three of The Randy Newman Songbook, a collection of the singer-songwriter performing material from throughout his career by himself on piano. He also released an extensive box set compiling the entire Songbook series.

“Listening back to things I did 40 years ago compared to things I wrote five years ago, it basically sounds like the same guy. I didn’t notice any particular decline, which I was very, very gratified by,” says Newman, who late in his career has become fantastically preoccupied with the notion of artistic decline.

Newman’s confidence in his ability to write as effectively as he did when he was in his 30s is what keeps him writing. Should that confidence ever erode, he’ll promptly know when to stop. “It’s what I’m interested in,” he says plainly, “not getting worse.”

Not getting worse is no small task for a songwriter with standards as notoriously high as Newman. As satisfying as it was to revisit older material for the Songbook series, it was also an agonizing experience for the singer, who’s constantly noticing minute flaws and nagging imperfections in music he completed decades ago.

Mention any album from Randy Newman’s discography, and chances are there’s at least one song he wishes he could revise. “Jolly Coppers On Parade,” from 1977’s Little Criminals, should have had a different bridge. 1983’s “Christmas In Capetown,” a challenging account of South African apartheid sung from the perspective of a racist Englishman, would have made much more sense if it had been sung in an accent. Or “My Country,” from 1999’s Bad Love: despite thinking it’s one of the best songs he’s ever written, Newman refuses to play the song live because he can’t stand the drawn-out tempo during the verses.

“I’m very rarely completely satisfied, so I just have to let things go,” says the songwriter. “A lot of times you’re not done writing the song, but somebody just takes them away from you, so you just finish. You’ve got to move on.”

Newman’s nitpicking hasn’t ceased with time. He spent ages “poking” at his new batch of songs, several of which he says contain some of the most formally innovative and daring narrative structures of anything he’s ever written.

Seeing Newman’s perfectionism up close was an indispensable lesson for singer-songwriter, guitarist and producer Blake Mills, who was thrilled to get to work with Newman on the legendary songwriter’s new album. “Seeing Randy labor over the small stuff reassured me of all the times I’ve gone back and forth over whether to use ‘and’ or ‘but’ in a song,” says Mills. “Seeing how many re-harmonization possibilities he’s juggling inside his head at all times was just devastating.”

“Some of them took me a long time because they’re so goddamn complicated,” Newman says of his forthcoming collection. One song, “Lost Without You,” switches narration several times between a dying husband, his wife, and his children.

“It’s not a step anyone else is going to be dumb enough to take, but it’s what I do,” he says.

“The writing has become more ‘meta-Newman,’” Mills says of Randy’s latest work. “He goes deeper inside his narrative styles to turn his own stories inside out. At times it even seems he’s finally lost his mind, but he always lands the jump.”

Another new song (working title: “The Only Bluesman In Heaven”) is a complex story that imagines a beyond-the-grave dialogue between the two real-life blues musicians who were both named Sonny Boy Williamson:

It’s me speaking at you from the land beyond

I’m up here in heaven where I belong

He ain’t up here anyway

As far as I can tell

As a budding artist during the height of the sensitive singer-songwriter reign of the early mid-’70s, Randy Newman’s classic albums like 1972’s Sail Away and 1974’s Good Old Boys found a devoted audience who found his witty, unflattering portraits of unsavory romance and deep-seated American prejudice to be the work of genius.

But compared to peers like Carole King, Neil Young, Carly Simon, and John Denver, Newman’s albums — filled with abrasive tales of slave-trade hucksters, sexually inept lovers, sinister propagandists, and alcoholic misanthropes in crisis — unsurprisingly only managed to sell a fraction of the albums than those of his peers who wrote songs from far more endearing perspectives.

“I try to eliminate myself from the song, but maybe the medium is not meant to do it. It’s more of an immediate medium,” he says. “A favorite song of lots of fans of mine is ‘Feels Like Home,’ and that’s just a direct love song. It’s really what people like, but it’s not what’s interested me quite as much.”

After decades of honing his craft for a relatively niche audience, today Randy Newman’s songwriting sensibilities can be heard across the wide spectrum of pop music. Newman himself is far too self-deprecating to attribute any of this to his own influence, but even he admits that purely character-based first-person songwriting from distasteful narrators is much more common, or at least permissible, than it used to be.

Newman hears this sensibility most readily in rappers like Kanye West and Eminem, both of whom he greatly admires. He’s heard it in young rock acts like JR JR (formerly Dale Earnhardt Jr. Jr.), but for the most part, he just takes the word of his old friend and former Warner Brothers executive Lenny Waronker at face value when Waronker tells him about all the young songwriters and artists these days who list Newman as their songwriting hero.

“It never sinks in with me, particularly. I never exactly experienced it much myself. I’m sort of isolated,” Newman says of his peers’ adulation. 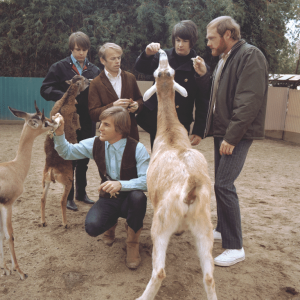 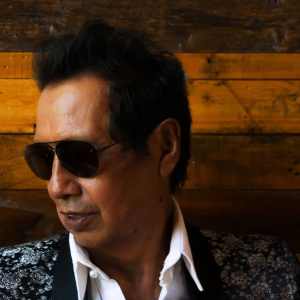