Drawn to the continuous plight of the environment, Real Ones began piecing together their next narrative of songs, a musical letter to Mother Earth.

Recorded mostly live over four days in 2021 at the Norwegian band’s old Fram Studio, adjacent to the harbor in their hometown of Bergen, Norway, Real Ones shifted away from the more pop-produced renderings of their 2018 release Hey Future, Hey Past, and returned to a more familiar musical space on their 13th album Love Your Mother.

Scratching out most electric instrumentation and synth, the band—consisting of vocalist and violinist David Chelsom Vogt, guitarist and keyboardist Ivar Chelsom Vogt, Jørgen Sandvik on guitar (and sitar, and banjo), bassist Øystein Skjælaaen, and drummer Kåre Opheim—returned to their folkier roots and pared back their sound to capture a more natural live setting on the album.

“At one point, it was time to go back to the roots, to the art of playing live together, which is becoming more and more rare these days,” Vogt tells American Songwriter of the sound on the album, produced by Matias Tellez. “That’s always been our thing, to try and be an organic band that plays live, and we wanted to do that for the album too, and make it feel organic in that way.”

A collection of songs addressing the severity of the collapse of the environment, Love Your Mother is a missive to the earth. “Love Your Mother” is the guiding track, inspired by the protests against the dumping of mining waste in the Forde Fjord, which lies between Bergen and Ålesund on the western coast of Norway. “As far as the lyrics go, they’re all tied together, talking about nature, about injustice, or the climate,” shares Vogt. “There are other elements of everyday life tied into it, and the title ‘Love You Mother’  sums that up that whole theme up.”

Centered on the real-life decline of the climate and division of responsibilities in salvaging the environment, they sing Oh sister / All we can do together / Nobody all alone … Oh my brothers of this world / How we need each other now on “Brother,” pleading Everybody get behind / Be on board, while “Early Evening” penetrates human connectedness to one another and to the environment.

Lush three-part harmonies reveal the lyrical density in barer tracks like “Breathe” or the more uptempo “The Feeling,” a song the band first wrote while on tour in Cuba in 2015.

First recorded in Havana, Vogt’s verses initially circled around different injustices but began to branch out into other elements. “It’s also about animals, and it’s about nature, so it’s kind of progresses in that way,” says Vogt. “That’s a song that we’ve played a few times live since we wrote it, and it’s fun to play because it’s a kind of fighting song. It’s a powerful song.”

He adds, “There’s quite a bit of humor in the song [‘The Feeling’] that is a little bit tongue-in-cheek. When we play ‘The Feeling’ live, and we get to the [part] about taxing the rich at 90 percent, people just start laughing. It’s funny to have such a concrete suggestion in a song.”

Latin music also trickles through the nine tracks and is punctuated by the instrumental “Sunrise in the Andes” and the roots-driven “Don’t Need the Heartache.”

Exploring and incorporating world music is something that has been part of the band’s DNA since its inception with more Latin fusions first surfacing on the band’s 2014 album, Misa Criolla, their interpretation of the late Argentinian composer Ariel Ramirez’s hymnals, which he created in the early ’60s as one of the first non-Latin masses.

To capture more Latin sounds, the band mixed in nylon guitar, the Charango, the dulcimer, and even clay flutes they brought back from Mexico in the mid-2000s.

Moving away from keyboards and using electric guitar sparingly on Love Your Mother returned the band to their mostly acoustic roots when they first formed in 1994. Real Ones started off with Vogt, who was 14 at the time, along with his brother Ivar and their neighbor guitarist Jørgen.

Musically and lyrically, Love Your Mother opens a new space for Real Ones—who have won two Spellemenn awards, the Norwegian equivalent of the Grammy Awards—more than 25 years since the band’s debut Comments From the Cheap Seats.

Though members have broken off to work on individual projects throughout the years, something that keeps all five members coming back to Real Ones. “We’re very good friends,” says Vogt. “People ask us how … but it’s just because we have a good time together when we go and play gigs. It’s like going on vacation with your friends, and we’ve really enjoyed playing together.”

Vogt adds, “We’re super lucky and we’re aware of that. We’re so closely knit together that I think we’ll probably keep doing this all our lives.” 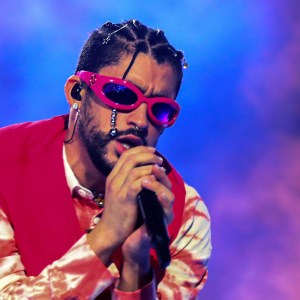 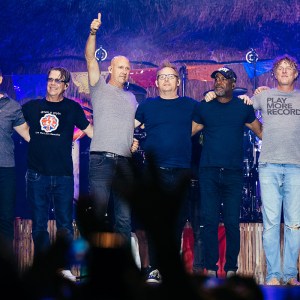