Search
Cart 0
Menu
NEW YORK - APRIL 30: Musician Chris Frantz of the Talking Heads attends a screening and panel discussion of "Burning Down The House: The Story Of CBGB" during the 2009 Tribeca Film Festival at SVA Theater on April 30, 2009 in New York City. (Photo by Amy Sussman/Getty Images for Tribeca Film Festival)

Music fans looking for a new summer read should seriously consider Chris Frantz’s new memoir Remain In Love, if only because the Talking Heads drummer gives you so much bang for your buck. In one volume, Frantz tells his life story, relates the careers of two important bands (Talking Heads and Tom Tom Club), details an incredible era in music history, and waxes beautifully about his bandmate and wife Tina Weymouth and their marriage, which has sustained while countless other rock and roll unions have crumbled.

Frantz talked with American Songwriter about Remain In Love, which has garnered glowing reviews, and the topics it covers. “I’ve been thinking about it for many years, probably about 10 years or so,” he says of decision to write a memoir. “But my feeling was that maybe the world wasn’t ready right now or something. I didn’t want to take any chances of burning any bridges. But when it became clear to me that there were no bridges left to be burned – this was about three years ago – I decided to go forward with it.”

The process went smoother than he expected, and while he didn’t receive editorial help from his wife, he did take advantage of her record-keeping. “I had good days and bad days, but it was very enjoyable for me,” Frantz says of the writing. “It’s kind of more like painting than it is like being in a band. Because you’re by yourself, alone with your thoughts. But I enjoyed it.”

“I didn’t bounce it off Tina until I got fairly far along, although I did have the benefit of her datebooks from 1977 and 1978 when she was our tour manager. In her datebooks, she would have the name of the venue, how many tickets were sold, whether she thought it was a good show or a bad show and how many encores we got. Because we were able to measure how well we were coming across by the amount of encores that we got.”

Part of Frantz’s reasoning for writing the book was to shine a spotlight on Weymouth, who went from never having played an instrument to being a bassist in one of the world’s most influential bands in a very short time. “I knew that people wanted to read about Talking Heads and maybe some of the same portion of people were interested in reading about Tom Tom Club, how and why we got started with that,” Frantz explains. “But I also felt like what I could write about, which was unique to myself, would be my relationship with Tina.”

“I really wanted to give Tina her props, because my feeling was that some people don’t realize how important she was, not just to Talking Heads, where she was hugely important, but also to many, many young women and men who were influenced by her and inspired by her. You could say the same about David (Byrne) and Jerry (Harrison) too, because they were so great at what they did. But I wanted to concentrate and Tina in this book.”

Frantz also gives the reader a play-by-play of the band’s early escapades at CBGB’s and their tours of the world with the Ramones, a time he recognized as important even as he was going through it. “I was very much aware of how momentous it was,” he says. “It was a time that punk music, as they call it, was just blasting off in England and Europe. It hadn’t really reached the USA yet. But the Ramones really kicked that whole thing off when they had played a year before our tour in 1976 at the Roundhouse. So wherever we went in Europe with the Ramones, it was packed, sold out. And the audiences just went nuts, even for us, whom they hadn’t heard before. To my way of thinking, it was one of the most exciting rock and roll tours of all time.”

While the Ramones drew in the crowds, the Talking Heads won them over, building their audience outside of their home base in New York in the process. “The great thing about Europe in those days is that you could have a show with two very different types of bands and people would enjoy both of them,” Frantz remembers. “It wasn’t like ‘This is a metal show’ or ‘This is a jazz show.’ It was a very free time aesthetically. Even European radio would play our one single, ‘Love → Building on Fire.’ We would get airplay on the BBC or the national radio network in the Netherlands or Belgium. We certainly weren’t getting any airplay yet in America. We didn’t even have an album out. It was exciting.”

Much of the early press for Remain In Love has focused on Frantz’s disagreements with David Byrne, which, in truth, are actually a very small portion of the narrative. “I noticed that the tabloid press is having a field day with it,” Frantz laments. “The tabloid press loves conflict. They love scandal and whatnot. I was listening to the BBC and a woman was saying on a broadcast about literature, ‘Nobody wants to read about a good marriage. They want to read about a bad marriage.’ There seems to be a certain amount of truth to that.”

Frantz certainly discusses his frustrations with Byrne in the book, but not to try and change any minds. “There are certain people that love David Byrne so much, and I understand how they feel,” he explains. “They love him so much that they would actually like to be him. I’m never going to be able to change their minds about the Talking Heads as a more shared experience. I felt that there were some things that needed to be said that hadn’t been said in any of the books or magazine articles about Talking Heads. My intention was not to slag or beat up on David Byrne. It really wasn’t. But everything I say in the book in the true.”

His issues with Byrne largely stem from the latter’s refusal to dole out credit for the Talking Heads’ success. Meanwhile, Frantz is meticulous in the book about naming dozens of people that helped both him and the band along the way. “It is a fundamental difference between David and me,” he says. “David is not the kind of guy who slaps you on the back and says, ‘Great job, man.’ I thought it was important for people to know that other people were also part of it. Like our manager, for example. Like Hilly Kristal, the owner of CBGB’s. Our road crews. Nobody does this by themselves. It takes a team. And these people were all part of the Talking Heads team.”

Remain In Love also captures the out-of-nowhere success of Tom Tom Club, which Frantz and Weymouth started as a side project that churned out a couple of international hits. “It was like magic,” he says. “We had ‘Wordy Rappinghood,’ which was our first single, and Chris Blackwell of Island Records said, ‘I love this. This is great. I’m going to release it in Europe and Latin America while you make the rest of the album.’ And he released it and it immediately went Top 10 in seven countries in Europe, some of them to #1. We were doing really well before we even finished our album. And then we came up with ‘Genius Of Love.’ It was loads of fun and it was very rewarding, because I think people came to realize at that time that maybe Talking Heads wasn’t just the David Byrne show.”

Amidst the ups and downs of singles, albums and tours, Frantz’s love for Weymouth, which inspired the book’s title, is the constant. “Some people have said to me that ours is the longest-lasting rock and roll marriage,” he says. “We’ve been married 43 years. I’ve been in love with Tina since 1972. My feeling is that every new day is like a gift.”

Now it’s Weymouth’s turn, as she is planning a book of her own. It’s still in the formative stages, and even Frantz doesn’t know what his wife has in store. But the anticipation is high, as he explains with a laugh. “It’s very early days, but she had a meeting with the same agent that I have in New York and he expressed great interest in it,” Frantz explains. “Then he looked over to me and he said, ‘You know, we can get her more money than we got for you.’” 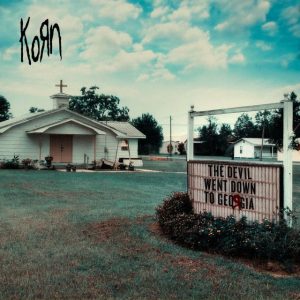