Regardless of what you think of Joe Bonamassa and his seemingly endless stream of releases (and merch) under his own name and multiple side projects, the guitarist’s dedication to exposing new, veteran, or under-exposed artists is commendable. Recently, he lent a helping hand to acts as diverse as Dion, Beth Hart, Joanna Connor, and Eric Gales. He has now taken U.K. blues rocker Joanne Shaw Taylor under his wing.

Taylor already had a successful run of six moderately well-received studio albums of mostly blues rocking originals before Bonamassa co-produced The Blues Album in 2021 (an impressive collection of older soul and R&B classics and obscurities she updated), so she was hardly an unknown talent. Still, Bonamassa’s imprimatur will garner extra attention which, with her husky expressive voice and sinewy guitar skills, she surely deserves.

Out of the 16 tracks though, only four are penned by Taylor, a frustrating choice since this could have been a forum to expose more of her compositions. And why she needed to repeat the entirety of her previous disc, all but one tune in the same running order, is unclear. They may be a little hotter on stage, with slightly different guitar solos, but there are not enough alterations to require duplication of an album just released last year.

Still, this CD/DVD package which runs about 75 minutes, is a worthy representation of Taylor’s talents. Her voice has taken on a more assertive and confident tone than on her debut in 2009. “Just Another Word” from that introduction gets reprised here and the difference between the studio and this live version 13 years later is substantial. It also shows this could have been a more interesting and revelatory show by cherry-picking and rearranging tunes from her catalog with this hot band.

In terms of guests, Shepherd invigorates Albert King’s “Can’t You See What You’re Doing to Me” with his natural stage presence and sizzling licks but Mike Farris is mostly wasted on his rather minor contribution to “I Don’t Know What You’ve Got,” reenacting his role on the studio version.

Taylor acquits herself well on Janis Joplin’s arrangement of George Gershwin’s “Summertime.” A cover of Don Covay’s “Three Time Loser” won’t make anyone forget Wilson Pickett, Rod Stewart, or even Bonnie Raitt’s versions which placed the song’s interpretive bar awfully high, but she grinds out a tough take that’s perfectly acceptable. A closing “Only You Know and I Know” with Bonamassa tries to go Delaney & Bonnie one better but oddly lays flat compared to their, or especially Dave Mason’s, original.

The DVD/Blu-ray included in the package is a bit over-lit but captures the performance with a professional, high-resolution sheen while keeping the editing reasonably subtle. It adds another sincere cover, Gregg Allman’s hit “I’m No Angel,” likely chopped from the CD due to time restrictions.

Taylor is clearly enjoying herself, the playing is spirited and if you don’t already own a copy of The Blues Album, this is a sensible substitute. For those who haven’t seen Taylor live, this provides ample evidence of her considerable abilities. Whether the Bonamassa connection is enough to move her into the blues big leagues is hard to predict, but even if this show is a bit of a missed opportunity, she is undoubtedly ready for the big time. 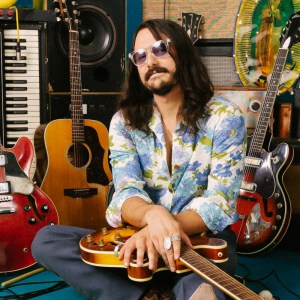